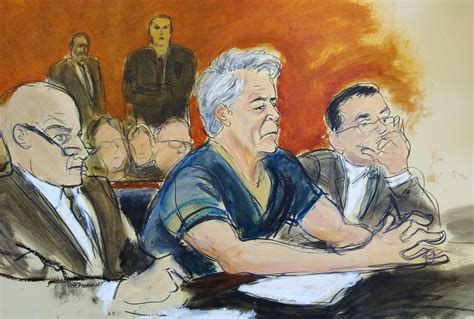 Millions of ordinary folk languish in federal prisons, many even dying there, while no friend of the Deep State seems to ever be held accountable.  But this time the #MeToo crowd is on the case, as they may consider the alleged crimes of Jeffrey Epstein to be comparable to capital offenses.

Alexander Acosta, who was the U.S. Attorney at the time, has refused to confirm or deny the published account of why the Epstein case was compromised.  No one has explained why the plea bargain given to Epstein was so preferential that it even protected his accomplices against being brought to justice.

Now Attorney General Barr has identified “serious irregularities” at the jail where Epstein was allowed to commit suicide despite being under a suicide watch.  Barr promises a full and thorough investigation, and for once liberals seem to be supportive of this Trump nominee.

But the investigation should not be limited merely to the Manhattan jail cell where Epstein died.  Rather, Barr should release to the public all the files on the federal investigation and cover-up of Epstein a decade ago.

Peeling back the layers of cover-up for Jeffrey Epstein could finally bring down the Deep State and its own perverse way of protecting some while destroying others.  Was the preferential treatment of Epstein motivated in part to protect Bill Clinton? We just don’t know.

Like Epstein, Clinton has been able to get away for decades with conduct that would have landed any Republican in prison long ago.  But the Epstein scandal and the clamor by all sides of the political spectrum may finally bring some accountability to Bill Clinton, after all these years.

Important revelations could also result from a full probe into Epstein’s unexplained accumulation of wealth.  There are reports that Epstein handled the $29.3 million jackpot on behalf of the still undisclosed winner of the Oklahoma Powerball lottery in July 2008. If Attorney General Barr digs deep, state lotteries or other government corruption might be brought down, too.  And not a moment too soon.

We might just have the #MeToo movement, one the left’s own creations to thank for tackling part of the Deep State secrets.

What You Need to Know is the House GOP Must Exercise Power of the Purse. We’re back to following the money this week, this time in Congress! House … END_OF_DOCUMENT_TOKEN_TO_BE_REPLACED

What You Need to Know is the Qatar-Europe NGO scandal continues! These global schemes with millions of dollars flowing through non-government … END_OF_DOCUMENT_TOKEN_TO_BE_REPLACED

Phyllis Schlafly Eagles · February 3 | "Woman" Is the Word of the Year The internet is a powerful tool that most of us use every day. … END_OF_DOCUMENT_TOKEN_TO_BE_REPLACED