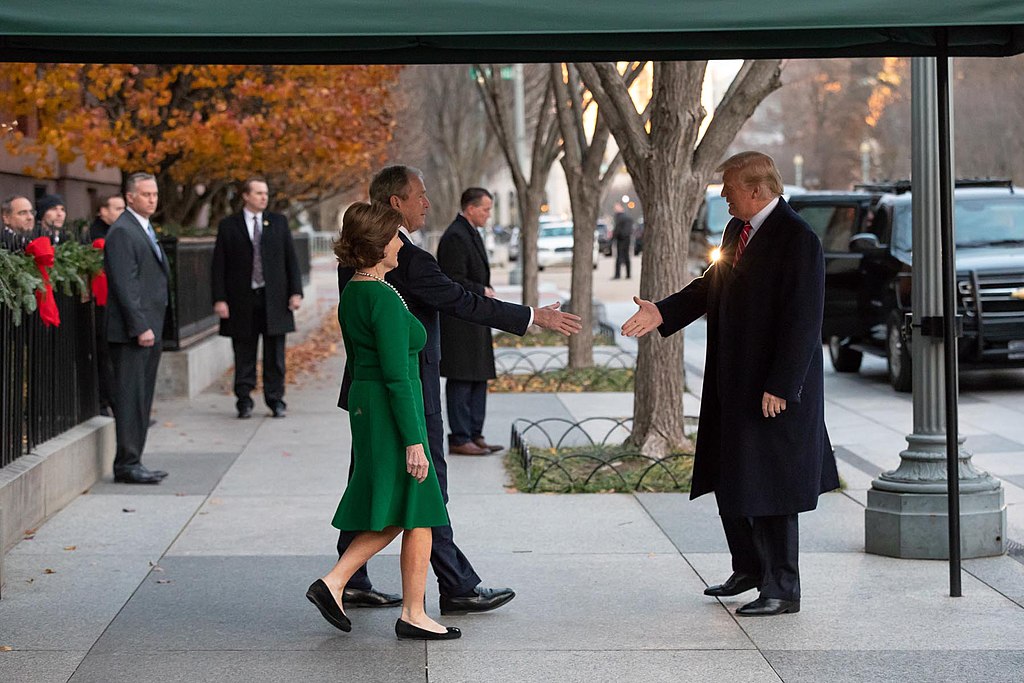 Phyllis Schlafly Eagles · May 9 | How To Remake A Political Party

Remaking a political party is difficult, but essential now as the entrenchment of a few liberal Republicans has become intolerable. Never before has anyone improved and remade a political party as Donald Trump is doing, and failure is not an option. An obstacle is the tradition of primary voters reelecting incumbents. Of the primary challenges to state Republican legislators so far this year, incumbents have been overwhelmingly successful. Thankfully, Trump’s endorsement can make a world of difference.

As the primary season continues, many challengers in battleground states will have Trump’s endorsement which gives them a fighting chance. Trump is especially turning his attention to Michigan, a state that he won in 2016 but was taken from him in 2020 without any post-election audit. Trump reportedly won 370,000 more votes in Michigan in 2020 than in 2016, but Biden was declared the winner based on a deluge of inadequately verified mail-in ballots.

Michigan gets cold in the wintertime and depends heavily on energy and on gasoline-powered cars that can run in frigid weather. A study by AAA showed that when temperatures drop to 20 degrees Fahrenheit, which is common in Michigan, the range of an electric car drops by 41%. Conservatives should drive that issue to the bank in a state built on selling Corvettes and Mustangs. Pressing on the gas pedal should convert Michigan as West Virginia has, with its dependency on traditional energy. Trump won West Virginia by a whopping 39 points in 2020, and he won Ohio by more than 8 points. Next-door Michigan could easily become solidly Republican too, thanks to Trump.

By using the moniker of “progressives,” liberals try to create an aura of inevitability around their movement. After all, who can possibly stand in the way of progress forever? However, there is no true progress in what the left promises. By employing effective campaign techniques and clinging closely to the timeless principles of government enumerated by our Founding Fathers, it is possible for conservatives to see real lasting gains. True victory is not found by clinging blindly to a party, but in holding a party to a strong set of conservative values.

What You Need to Know is Democrats’ plan to slow down GOP investigations. David Brock (of Media Matters) released a memo detailing a group that will … END_OF_DOCUMENT_TOKEN_TO_BE_REPLACED

What You Need to Know is why Trump is not an echo of other candidates before him. Phyllis Schlafly famously first used that phrase — a choice, … END_OF_DOCUMENT_TOKEN_TO_BE_REPLACED

What You Need to Know is why Trump is not an echo of other candidates before him. Phyllis Schlafly famously first used that phrase — a choice, not an … END_OF_DOCUMENT_TOKEN_TO_BE_REPLACED

Phyllis Schlafly Eagles · November 8 | Can Your Vote Make A Difference? On this Election Day, it had been my intention to tell you the story of a … END_OF_DOCUMENT_TOKEN_TO_BE_REPLACED

Phyllis Schlafly Eagles · October 27 | Teddy Roosevelt: The Man in the Arena Theodore Roosevelt is known for many things. He is known for being the … END_OF_DOCUMENT_TOKEN_TO_BE_REPLACED

What You Need to Know is Europe is setting up their own CIA. The public claims are that this is to fight Chinese spying, but the reality is this new … END_OF_DOCUMENT_TOKEN_TO_BE_REPLACED

Phyllis Schlafly Eagles · December 2 | The Past, Present, and Future of the War on Christmas Haul out the holly and bring out the boxing gloves. … END_OF_DOCUMENT_TOKEN_TO_BE_REPLACED