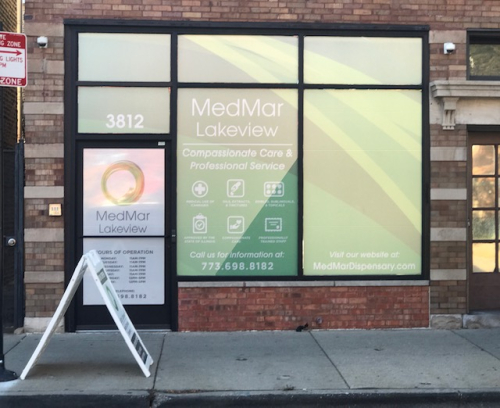 The stark truth is that both tobacco and marijuana have damaging effects, yet cigarette smoking is vilified while smoking marijuana is being marketed as harmless.

The effects of euphoria that cannabis users seek from the drug come primarily from its psychoactive ingredient, called delta-9-tetrahydrocannabinol, better known as THC. The THC content of marijuana in the United States has jumped from less than 2 percent in 1980 to 8.5 percent in 2006, making what is available today much more toxic and dangerous.

In the U.S. nine states and Washington D.C. allow for recreational use of marijuana. While many other states allow only for medical use, marijuana still remains illegal under federal law.

In 2013, the Illinois General Assembly legalized medical marijuana. In 2016 the same body of lawmakers decriminalized possession of marijuana, reducing it to a $100 fine. Now some want full legalization of recreational marijuana.

The future of legalizing cannabis may hinge on the Illinois governor’s race.

Democrat gubernatorial nominee JB Pritzker has made legalizing recreational marijuana use a plank in his campaign platform, differentiating himself from his opponent, Gov. Bruce Rauner, who at this point, opposes legalizing marijuana and has done little to expand legal medical marijuana use in Illinois.   Read more here.

As to a false claim made by Pritzker’s in his marijuana campaign plank:

“Most importantly, legalizing marijuana is a step forward in reforming our broken criminal justice system. Criminalizing marijuana hasn’t made our communities safer. What it has done is disproportionately impact black and brown communities. There are way too many people who have gone to prison or are currently sitting in prison for marijuana related offenses. The criminalization of marijuana has never been and never will be enforced fairly and it’s time to bring that to an end.”

Pritzer’s claim is false, as the possession of marijuana in Illinois now merits only a fine and no jail time. Jail time is reserved for drug dealers and pushers. According to former Cook County prosecutor, Edward Ronkowski, who wrote the Narcotics Law manual, the Illinois Dept of Corrections Annual Report shows 1.4% of the prison population is serving time for violating the Cannabis Control Act.  However. “this 1.4% are the dealers doing time, most on plea bargained reduced charges, where the seizures are measured in pounds or tons.”

In 2012 we were told Colorado would lead the nation on a grand experiment in commercialized marijuana. Despite lofty promises from the marijuana industry, legalizing recreational marijuana has been detrimental to Colorado.  Many here in Illinois have been foolishly convinced that smoking marijuana is harmless and recreational status is the way to go, but do they really know the results of the Colorado experiment six years hence?

This report by Bob Troyer, who became the U.S. attorney for the District of Colorado in 2016, after working as first assistant US attorney for six years, as published in The Denver Post on September 28, 2018, takes a good look at what has happened to Colorado in the six years since recreational marijuana was legalized.

This 2017 article, Legalized Marijuana:  What Has It Done to Colorado?  by the Center for Arizona Policy should provide any Illinoisan with an ounce of common sense that legalizing marijuana for recreational purposes here in Illinois is an outrageous idea.

Wayne Hall, a professor and director of the Center for Youth Substance Abuse Research at the University of Queensland in Australia examined scientific evidence on marijuana’s health effects between 1993 and 2013.  His findings include the following:

Listen here to Dr. Karen Randall, MD, an Emergency Room Physician in the 3rd busiest Emergency Department in Colorado, talk about how today’s marijuana is contributing to the rise of homelessness, putting a huge strain on Colorado hospitals and welfare program.  These common presentations in the ER are increasing:  hyperemesis, psychosis, polysubstance use/abuse, and acute cardiac issues.   Dr. Randall is trained in emergency medicine, pediatrics and family practice. She holds a certificate in Cannabis Science and Medicine from the University of Vermont. She serves on the Board of Directors for SCEMA and VP of case management for SCEMA and has spoken nationally and internationally on the harms of marijuana.

Marijuana in the Workplace

A lack of coverage on the negative impact of how legalization of marijuana is affecting the workplace stems from the misconception surrounding marijuana use, encouraged by a powerful marijuana lobby that has invested in downplaying the risks of marijuana use. Marijuana in the workplace can affect the health and safety of the person taking it as well as those around them, as well as have an adverse effect on productivity.

When compared to alcohol and other drugs, which are typically excreted within hours, marijuana stays in a person’s system for weeks or more.  Marijuana side effects may make it hazardous to use marijuana at work, particularly if a person is operating heavy machinery or driving a vehicle. There is also a greater risk of an accident occurring due to the poor performance of even simple manual tasks. Regular marijuana users may start to exhibit signs of loss of energy and interest in their tasks, causing their performance to suffer. They may also find it difficult to learn new work skills.

An increase of marijuana use likewise makes doing business costly and challenging. Colorado companies are encountering job candidates who fail pre-employment drug testing.  As a result, many are actively recruiting from other states and many have moved their businesses to other states.

New York City employers are squarely blaming a raging drug epidemic for much of the trouble they have filling jobs in one of the tightest labor markets in a generation.

The Illinois Sheriffs and Chiefs of Police have recommend listening to the experts and to heed the warnings from people who speak first-hand about the effect marijuana has had on them, their profession, and their families

Read the full letter here.  Predicted are tremendous costs to the state with the use of today’s potent marijuana, likely to include an increase in crime, addiction, accidents, school dropouts, and an expansion of the welfare state to support citizens who are unable to support themselves and their families.

Check out the noweedillinois Illinois website  https://noweedillinois.com/ to find out the blunt truth about marijuana and why Illinois should not become the 10th state to legalize recreational marijuana.

Let your IL senator and representatives hear from you.

What You Need to Know is the Border is about to be totally open! In just a few days we are going to see around 18,000 illegal aliens crossing our … END_OF_DOCUMENT_TOKEN_TO_BE_REPLACED

Phyllis Schlafly Eagles · May 16 | The Trickle-Down Effect of Bad Policies Good news arrived in the district court of the District of Columbia, … END_OF_DOCUMENT_TOKEN_TO_BE_REPLACED

Phyllis Schlafly Eagles · May 5 | How Effective Is Social Justice Military Recruitment? As Covid subsides, the tyranny that exploited it continues. … END_OF_DOCUMENT_TOKEN_TO_BE_REPLACED

What You Need to Know about the politics of mask mandates! This week we saw the mask mandate lift on public transportation. Here are two headlines … END_OF_DOCUMENT_TOKEN_TO_BE_REPLACED

Phyllis Schlafly Eagles · May 23 | Leftism Weakens America Thanks in large part to the culture of the mainstream media, many people have tunnel … END_OF_DOCUMENT_TOKEN_TO_BE_REPLACED