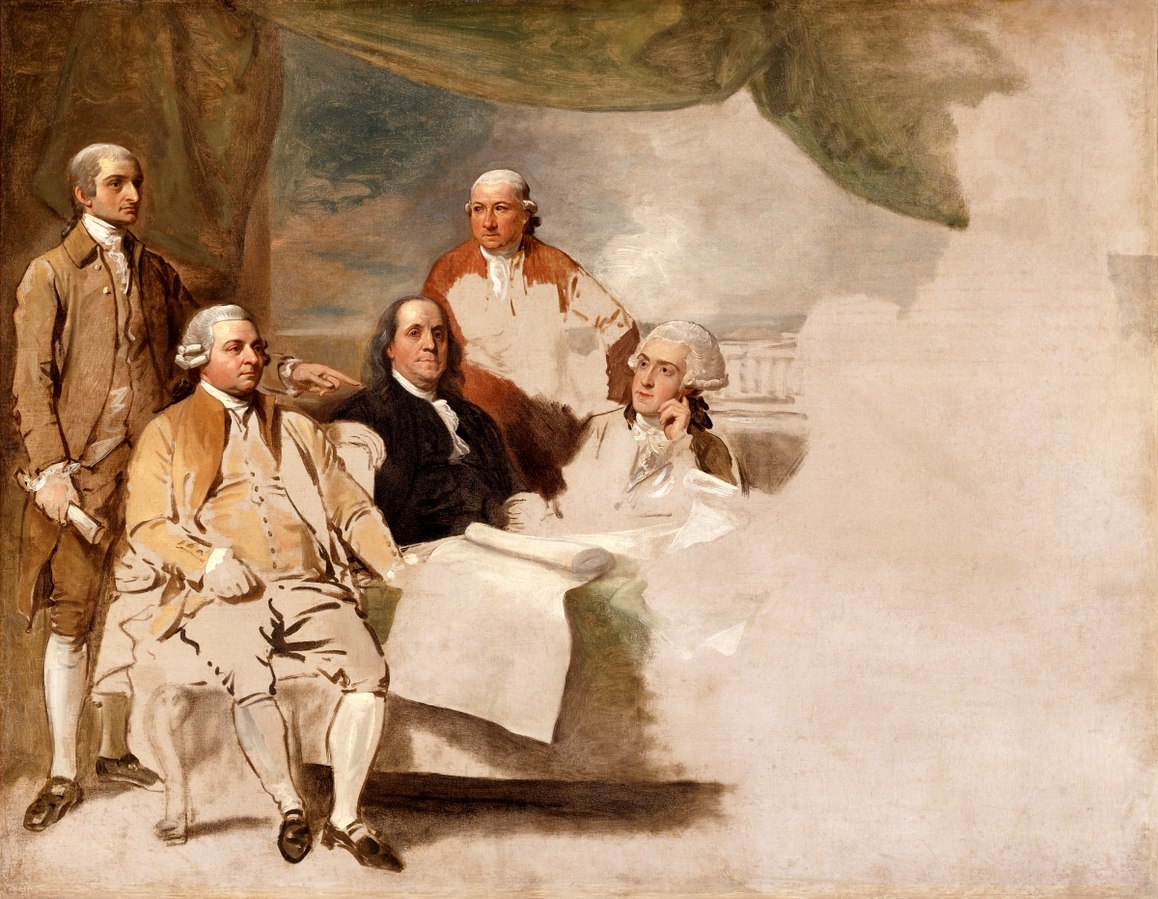 You have likely heard the term “spirit of ’76” as a description of the patriotism we feel as Americans. That critical date of July 4, 1776 is celebrated as the beginning of a new epoch in the history of mankind. Brave men pledged themselves to the principles of self-governance and liberty. While I wholeheartedly agree the Independence Day is a day worthy of commemoration and celebration, few people realize that we would never celebrate July 4 if it weren’t for what happened on November 30.

On that historic date in 1782, John Jay, Benjamin Franklin, John Adams, and Henry Laurens secured a provisional peace with Great Britain which would ultimately lead to the 1783 Treaty of Paris. These shrewd negotiators not only delivered British recognition of American independence and ended the war, but also successfully lobbied for fishing rights in Newfoundland and established a generous western border at the Mississippi River with rights of navigation.

In some ways, November 30, 1782 was the ending of what started on July 4, 1776. In other ways, what started in 1776 would never end. Regardless, 1782 marked the end of six years of terrible suffering by courageous patriots who believed in the promise of what America could become. Finally, our forefathers were able to put the scourge of war behind them and focus on building a true republic for future generations of Americans, including you and me.

The spirit of 1776 represents the casting of a vision for a new kind of nation, governed by and for the people. However, what makes 1776 so special is the fact that it was more than an idea; it was a declaration of principles that men and women were willing to die for. They suffered financial ruin, separation from family, disease, and death so that the principles set forth in 1776 could become a reality in 1782. Remember the sacrifices that brought us to November 30, 1782, because we too will have to do more than simply state our principles if we are to preserve liberty for future generations. We will have to fight, we will have to endure, and we will have to believe that liberty is worth the sacrifice.

What You Need to Know is we are in a proxy war with Russia. Until now, we’ve been able to at least try to say we have given Ukraine defense weapons … END_OF_DOCUMENT_TOKEN_TO_BE_REPLACED

What You Need to Know is a lesson on documents and double standards. Suddenly everyone has classified documents and everyone is spinning the stories … END_OF_DOCUMENT_TOKEN_TO_BE_REPLACED

What You Need to Know is to thank the Freedom 20 who took up the House Speaker fight last week. Get the list here — it only takes 3-5 minutes … END_OF_DOCUMENT_TOKEN_TO_BE_REPLACED

Phyllis Schlafly Eagles · January 23 | More Horror Stories from Drop-Box Dems The new Democrat Party, which is essentially the same as the old … END_OF_DOCUMENT_TOKEN_TO_BE_REPLACED

Phyllis Schlafly Eagles · #WYNK: A New Pro-Life America | January 20, 2023 #ProAmericaReport The following is a transcript from the Pro America … END_OF_DOCUMENT_TOKEN_TO_BE_REPLACED

For Immediate Release: January 26, 2022Contact: Ryan Hite, Communications Director Solution Staring Us In the Face to Save American Lives: Shut the … END_OF_DOCUMENT_TOKEN_TO_BE_REPLACED