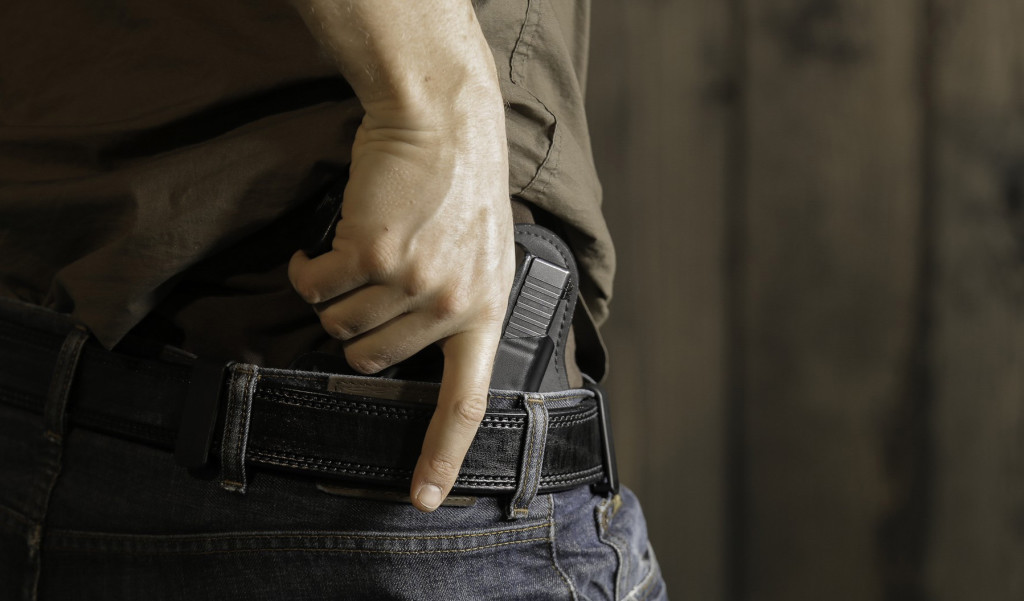 In reality, it is hard to quantify how many crimes are deterred by the presence of a good guy with a gun. After all, if a criminal sees that someone is armed and chooses to walk away rather than violate that armed individual, no one but the criminal would know what he planned to do had a gun not been present. Some estimates indicate that there are as many as two million defensive gun uses per year. Let’s take a look at just a few real-life examples from this year that cut through the talking points.

In Philadelphia, a man with a legal firearm shot one of two dogs that were mauling a small child. Others had tried to ward off the angry Rottweilers with improvised weapons, but it took Dwayne Patrick’s firearm to save the child’s life. Patrick was driving by at the time that the attack was taking place and courageously intervened. Although the child suffered bite marks on his face and legs, he made a full recovery.

In Charleston, West Virginia, one “good guy with a gun” was actually a woman. She used a legal concealed pistol to stop a criminal who fired into a crowd at a graduation party. The police applauded the woman for her bravery, and no charges were filed against her. The criminal died from his injuries.

In Waco, Texas, a good guy with a gun intervened to stop a man who was actively stabbing a woman in a gas station. The bystander was not charged with a crime.

These are just a few examples among untold numbers of defensive firearm uses each year. Let’s do our part to protect the vulnerable by defending the right of good men and women to defensively carry firearms.

Phyllis Schlafly Eagles · January 23 | More Horror Stories from Drop-Box Dems The new Democrat Party, which is essentially the same as the old … END_OF_DOCUMENT_TOKEN_TO_BE_REPLACED

Phyllis Schlafly Eagles · #WYNK: A New Pro-Life America | January 20, 2023 #ProAmericaReport The following is a transcript from the Pro America … END_OF_DOCUMENT_TOKEN_TO_BE_REPLACED