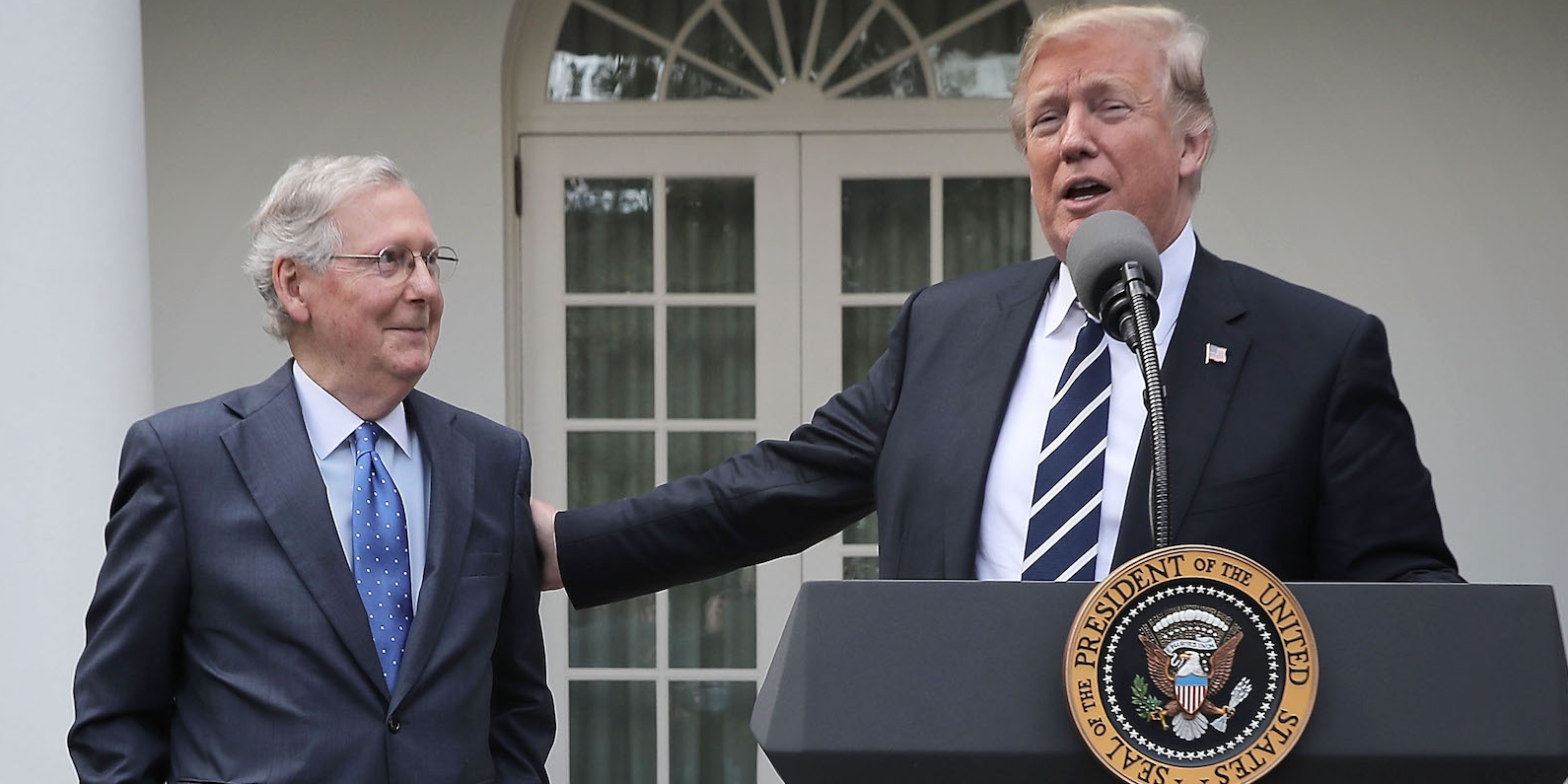 Phyllis Schlafly Eagles · May 4 | Nobody Likes A Traitor

Nobody likes a traitor. That is just as true in politics as it is anywhere else. Plenty of Republicans were willing to take campaign funds raised using President Trump’s name, but some of those politicians were equally happy to turn their backs on Trump by voting in favor of the sham impeachment. There are also Republicans who did not vote for impeachment but unnecessarily criticized Trump with Democrat talking points. Former UN Ambassador Nikki Haley and Senate Majority Leader Mitch McConnell are two prime examples of this treachery.

Trump was enormously generous to McConnell, even making his Taiwan-born wife Elaine Chao an early member of Trump’s Cabinet as Transportation Secretary. Trump also went to Kentucky to campaign for McConnell, which helped McConnell’s reelection without benefit to Trump who was already sure to carry Kentucky by a landslide. Despite these obvious gestures of goodwill, McConnell ranted on the Senate floor against Trump in January.

While McConnell spoke against Trump after the election, it turns out that his wife was being referred to the Department of Justice for possible prosecution based on how she exploited her Trump-appointed position for the benefit of herself and her own family members. The DOJ was merciful to the McConnell and Chao family by declining to prosecute despite an incriminating report against Chao by the Inspector General.

Meanwhile, President Trump transformed Nikki Haley from the governor of South Carolina to a national conservative icon. As President Trump’s ambassador to the United Nations, Haley had an international platform to do good work and make herself a household name. She was loved by conservatives everywhere. Her future in politics was bright. President Trump supported her every step of the way, yet Haley responded by denigrating Trump in an interview with Politico. She thinks criticizing her old boss is going to make her more edgy and relevant, but she is sorely mistaken. Conservatives stand with Trump.

It is a sad and simple fact of life that trying to appease the left never works. They will never be satisfied, no matter how many olive branches you extend. That includes leftists disguised as Republicans.

Biden’s Plan to Buy Votes  As the midterm elections fast approach, Democrats have lost a key demographic that they relied on in 2020: … END_OF_DOCUMENT_TOKEN_TO_BE_REPLACED

Phyllis Schlafly Eagles · May 16 | The Trickle-Down Effect of Bad Policies Good news arrived in the district court of the District of Columbia, … END_OF_DOCUMENT_TOKEN_TO_BE_REPLACED

Phyllis Schlafly Eagles · May 9 | How To Remake A Political Party Remaking a political party is difficult, but essential now as the entrenchment of … END_OF_DOCUMENT_TOKEN_TO_BE_REPLACED

What You Need to Know is Montpelier is going Woke. Soledad O’Brien is now on the board of directors of Montpelier, James Madison’s home. She is part of the goal to change the purpose of this historic site — In reversal, Madison’s Montpelier shares governance with slaves’ descendants. Institutions, when they become governed by liberals, […]

Phyllis Schlafly Eagles · #WYNK: Montpelier is going Woke | May 19, 2022 #ProAmericaReport The following is a transcript from the Pro America … END_OF_DOCUMENT_TOKEN_TO_BE_REPLACED