The mainstream media and mainstream culture have a way of making candidates think they know what the people want. However, knowing what people actually want is an art form that very few people have actually mastered. The most obvious contemporary example would be President 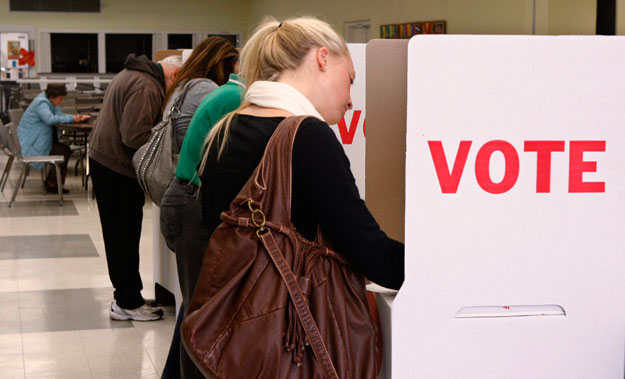 Trump, who outsmarted all of the media, political pundits, and naysayers who claimed to “know” that he couldn’t succeed unless he used more politically correct language. Phyllis Schlafly was another one of those exceptional people who could feel the unseen pulse of the American people. No matter how loudly the feminists claimed to represent all women, Phyllis would not be swayed from what she knew the American voting woman really wanted.

Obviously, politics and semantics go hand in hand. Thankfully, the Phyllis Schlafly Report and practicality also go hand in hand. The October 1986 issue, entitled “An Intelligent Candidate’s Guide to the Women’s Vote,” especially lived up to that goal. It included a step-by-step guide for avoiding the semantic pitfalls laid by feminists – a simple set of guidelines to help candidates overstep the feminist rhetoric and speak to women directly. The issue also included such other practical tips as not responding to attacks by feminists, not trying to play both sides by making separate pledges to feminists and homemakers, and not trying to patronize by forming a “women’s committee” to advise a campaign.

The primary misconception of the “women’s vote” was that a candidate could win women over as a voting block simply by pandering to feminist demands and the so-called “women’s issues.” Phyllis aptly pointed out that, by and large, women care more about the economy, taxes, and education than they do about easy divorce and taxpayer-subsidized abortion on demand. It would be narrow-minded and foolish to pretend that women are not as affected by the economy as men. On these grounds, Phyllis contended that a candidate should vie for the votes of women in the same manner as he might vie for the votes of men: with a broad base of strong policy stances.

If the education establishment wants to know why public schools don't get much respect from our citizenry, they need look no further … END_OF_DOCUMENT_TOKEN_TO_BE_REPLACED

Robert Strange McNamara belongs on the daytime soap operas. Better yet, his histrionics belong on Donahue or Geraldo or Sally Jesse Raphael. We are … END_OF_DOCUMENT_TOKEN_TO_BE_REPLACED

What You Need to Know about Biden’s woke SCOTUS pick. President Biden is choosing a Supreme Court judge based off of race and sex. While he’s trying … END_OF_DOCUMENT_TOKEN_TO_BE_REPLACED