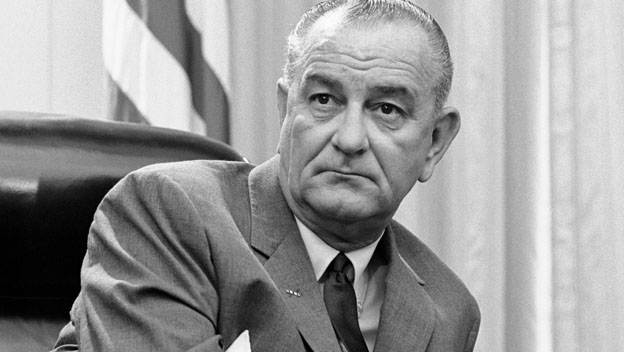 In the televised presidential debates, Alan Keyes keeps reminding us that moral and cultural issues are paramount, and he challenges the media and his opponents to address them. While most would concede that Columbine and other recent unhappy events indicate that America has a big moral problem, what is the government’s role in morality and culture?

We don’t expect our president to be our preacher or our Big Brother or our nanny or our morality policeman. But we should insist that the federal government do no harm.

Yet, so many federal programs, even when designed to do good, have followed the law of unintended consequences and been downright harmful.

Exhibit A is probably the liberal welfare program, whose enormous expansion dates from Lyndon Johnson’s Great Society. It is widely acknowledged to be a disaster, which is why welfare reform was one of the few Republican bills that Bill Clinton signed.

Unfortunately, the welfare program was not merely a failure. It was a major contributor to the social problem of illegitimacy because it made fathers irrelevant by routing its cash and other benefits exclusively through mothers.

It’s generally admitted that our nation has lost the war on drugs or at least is in big-time retreat. It’s possible that the billions of federal tax dollars spent on drug education is another counterproductive program.

Since more kids are now using illegal drugs, is government drug education a failed program, or has it encouraged more children to experiment with illegal drugs? Some people think the latter because most drug-education courses teach children to make their own decisions about drugs instead of explicitly warning them that drugs are wrong and illegal.

Planned Parenthood-style sex education has been taught in the public schools for the last 25 years. It certainly hasn’t achieved its purpose of preventing teenage sex, and some now say it has exacerbated the problem by inviting children to cast aside their natural modesty and assume that pre-marital teen sex is normal.

How about the devastating way that high taxes have driven wives and mothers into the labor force? A generation ago, a father could support his family, and the average couple with two children paid only two percent of its income in federal income taxes.

Today, federal taxes take 24 percent of the average family income. The chief reason wives “have to work” is to pay the tax collector.

The government is to blame for the fact that more than 40 million Americans lack health insurance. Federal laws have rigged the system so that, unless you work for a company that can afford a health plan, it is difficult or impossible for an individual to get insurance.

So many mothers, who would rather be fulltime homemakers or take only part-time employment, are the victims of “job lock”: they don’t dare quit and lose their health insurance. Before the government starts imposing new regulations, it should remedy its own mistakes and fix the system so that employees can own their own health insurance just as they own their own automobile insurance.

Public schools rank at the top of most people’s worry list. Yet, nothing the federal government can do will significantly improve schools since state and local levels of government are responsible for 94 percent of the funding.

The 6 percent spent by the federal government has probably done more harm than good. The biggest amount of federal money goes to Title I projects to help disadvantaged children, but the government’s own evaluations show that the program to be a costly failure.

Lots of federal money goes for “learning disabled” or “at risk” schoolchildren. A noble purpose, indeed, but the financial incentive to hang those unhappy labels on children causes many to suffer those labels unnecessarily.

A big portion of federal education money goes for bilingual education. The California parents who observed this system first hand, voted overwhelmingly to abolish it because of the harm it does in keeping immigrant children speaking their native language instead of learning English.

We heard a lot of bleeding-heart appeals for Congress to appropriate funds to reduce class size and hire more teachers. Now, Education Secretary Richard Riley says that the schools have hired 250,000 teachers without proper preparation in course content. Achievement has gone down instead of up.

It isn’t only Congress and the executive branch that cause moral problems. Activist court decisions have brought about the flood of pornography and other immorality involved in television, movies, magazines and libraries.

It wouldn’t be so bad if waste were the only bad result of big government. We should address the moral and cultural problems by first remedying the harm done by federal spending and wrong-headed policies.

What You Need to Know about Biden’s woke SCOTUS pick. President Biden is choosing a Supreme Court judge based off of race and sex. While he’s trying … END_OF_DOCUMENT_TOKEN_TO_BE_REPLACED

What You Need to Know is AG of VA Jason Miyares is fearless! Conservatives too often have a problem where they think the goal is to win the election … END_OF_DOCUMENT_TOKEN_TO_BE_REPLACED

Phyllis Schlafly Eagles · January 25 | Fire Fauci “Fire Fauci” should be the campaign slogan for every Republican, because the policies pursued by … END_OF_DOCUMENT_TOKEN_TO_BE_REPLACED

If the education establishment wants to know why public schools don't get much respect from our citizenry, they need look no further … END_OF_DOCUMENT_TOKEN_TO_BE_REPLACED

Robert Strange McNamara belongs on the daytime soap operas. Better yet, his histrionics belong on Donahue or Geraldo or Sally Jesse Raphael. We are … END_OF_DOCUMENT_TOKEN_TO_BE_REPLACED