After all the fuss over Roy Moore’s Senate candidacy, the media hardly stopped to examine the quality of the already-seated Senate body! One Democratic member, Bob Menendez, was on trial for allegedly accepting bribes, including the use of a private jet to Paris followed by three nights in a $1,500-a-night hotel room for Menendez and his girlfriend. 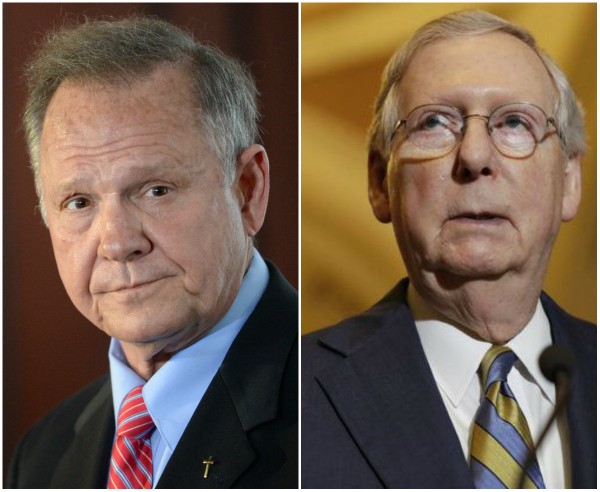 The same people who called on Roy Moore to step aside failed to call on Menendez to resign for the many felonies of which he was charged.

Instead, the Establishment decided to insult Alabama voters who have a right to decide their own elections — not Senate Majority Leader Mitch McConnell and the rest of the D.C. swamp. McConnell staked his future on trying to defeat Roy Moore in the September primary, but Moore won by a landslide precisely because voters reject the same-old, accomplish-nothing politics of both parties in Washington.

The criticism of Roy Moore is not about something that happened 5, 10, 20, or even 30 years ago. The accusations against Moore, which he has denied, relate to misdemeanors he supposedly committed, nearly 40 years ago.

We cannot make America great again if unproven allegations are allowed to ambush only conservative candidates on the eve of elections. Those who had any beef about something Roy Moore did nearly 40 years ago should have spoken up long before now, rather than appear as a coordinated hit-job at a convenient political moment.

Liberals and the Establishment hate Roy Moore for his conservative positions today, not what he allegedly did 40 years ago as an unmarried district attorney looking for a future wife. Americans are tired of double standards and the attempted picking and choosing of winners and losers by the Kingmakers.