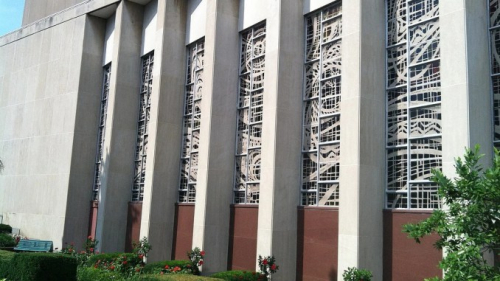 A hideous, evil and deadly postlude took place one day after the arrest of package bomb suspect Cesar Sayoc in Florida on Saturday, October 28, 2018, when a gunman, identified as Robert Browers, burst into a Pittsburgh synagogue shouting “All Jews must die!” during a circumcision ceremony at the Tree of Life Congregation. Sayoc was wielding an arsenal that included a semi-automatic rifle and three handguns. He killed 11 and wounded six others, including four police officers, during the 20 minute attack.

While Cesar Savoc supposedly registered as a Republican in Florida in 2016, Robert Browers is not a Trump supporter. Brower – an anti-Semitic – complained that Trump was likewise not anti-Semitic, but surrounded by “too many Jewish people.”

But in a political climate where all things are now viewed through a political lens, it’s not surprising that Democrats were quick to target Trump’s so-called “uncivil rhetoric” for the evil actions of the mail bomber as a last-ditch play, completely negating their own behavior of rage and hate against Republicans, to discredit Republicans and divert attention from the Central American mob on its way to the border. It’s still not apparent how the synagogue shooter’s evil actions will play out in the lens of politics.

Although not too much is yet known about Robert Browers other than he committed the deadliest anti-Semitic attack in the U.S., the following four facts are known about the mail bomb suspect, Cesar Sayoc, since his arrest on Friday, October 16.

As to the criminal record of Cesar Altieri Randazzo or Cesar Sayoc, he had at least 33 previous run ins with the law in Florida (who knows about other states). Even liberal Geraldo Rivera of Fox News can figure this out, as in his tweet on Friday, October 26th:

Even Sayoc’s indictment is suspicious:  As former federal prosecutor Andrew McCarthy noted, If the mailed IED devices were “functionally explosive” they would fall under the category “weapons of mass destruction” [defined here by U.S. code] and the indictment would include 18 US Code 2332a [SEE HERE]  The absence of this charge infers the devices were not functionally explosive.”

CNN:  “Experts Tell Us ‘The Bombs Were Never Meant to Explode”’  Photos of the “bombs” show the packages were not postmarked, but the FBI can’t explain how one man driving an extremely distinctive pro-Trump white van, that would have been targeted for immediate vandalism in the Democrat neighborhood Sayoc lived in, could have caused all these packages to have been hand-delivered to various destinations all over the country within 36 hours of each other.

It’s funny how the FBI can solve the “mail bomber” case in 3 days yet know nothing about the Vegas Massacre over a year later.  As Larry Schweikart, NYTimes #1 bestselling author, film producer, ex-rock drummer put it: “Sessions can get the bomber in a week but two years later not one arrest of the Deep Staters for anything but leaking.”

Also strange is that Savoc has 32 “friends” on Facebook, all left wingers.  Read here more on Sayoc’s left wing friends and other anomalies.  Also contrast here the media frenzy over the “Magabomber” over actual threats like Ricin to Trump and other officials, as well as all the other attacks by the Left on Republicans and Trump supporters.

Trump pointed out that the attempted murder of Steve Scalise wasn’t used by him or any other Republican as the “Bernie Sanders killer” or some other label to stoke up Republican anger against all Democrats. The truth about the “bomber” will ooze out on the Internet.  In any case, a bomb scare by some nut without blood used to attack all Trump supporters just will drive more people to the polls to vote Republican.

It’s also unlikely that working class blacks, Hispanics and whites will suddenly surge to the polls because of this story. The far left policies of the Democrats is so bad that even unions are being forced to withdraw endorsements because of angry members. What’s more, Democrat incumbents have to place ads distancing themselves from the actions of the rest of the party.

Which side will reap sympathy benefits in mid-term?

According to an Opinion piece by Michael Goodwin in the pipe bombs and now it is the Pittsburgh synagogue massacre, the instant assumption was that the allegiance of the perpetrator would determine which side would be punished in the midterms and which side would reap the benefits of sympathy.

“First, neither suspect was a solid citizen who suddenly turned to violence because of politics. Just as most Americans did not blame Bernie Sanders when one of his supporters shot Republican Congressman Steve Scalise in a planned assassination attempt last year, most are more likely to believe Sayoc and Bowers are responsible for their own actions.”

“Second, the speed of events these days means no one storyline dominates for long, even in the anti-Trump-obsessed media. The Brett Kavanaugh confirmation battle looked as if it would determine the election — until the caravan of Central American immigrants making their way toward the southern border vowed to get into the country, one way or another. Both events galvanized GOP voters and quashed most predictions of a blue wave.”

“The economy is the third reason for my doubts that last week will dramatically reshape the election.”

“Most Americans in the workforce today have never seen anything like the jobs boom and the rising incomes that go with historic low unemployment. To most voters, kitchen-table issues almost always outweigh headline-grabbing incidents, even horrible ones, a fact often lost on elite bubble dwellers. The media especially continue to fall hard for the illusion that the public trusts them to decide what matters most. In short, much as they were in 2016, too many know-it-alls are 100 percent certain about which way the wind will blow on Nov. 6. The skeptic in me suspects they still are confusing facts with their own bias.”

Comic relief from the recent evil happenings
Back in the 1970s, liberals who didn’t find their names on President Nixon’s notorious enemies list were known to sulk for months on end.

For at least a few days, receiving a bomb could have been perceived as a status symbol for those on the Left.  It hardly strains credulity to picture Chuck Schumer seated at his desk, a dark cloud hovering over his head, muttering: “John Brennan gets a pipe bomb and I don’t?  What am I – chopped liver?”

It’s equally easy to imagine Nancy Pelosi running around her office, tearing her hair and screaming: “Debbie Wasserman-Schultz gets a pipe bomb and the Minority Leader of the House gets none.  How unfair!”

What You Need to Know is how the left controls the Narrative Machine. Check out these two headlines — Senate bid to save Roe v. Wade falls to GOP-led … END_OF_DOCUMENT_TOKEN_TO_BE_REPLACED

What You Need to Know is Rand is right again! He’s leading fearlessly against the swamp in Washington. Rand's latest stand undercuts the GOP's Ukraine … END_OF_DOCUMENT_TOKEN_TO_BE_REPLACED

Phyllis Schlafly Eagles · May 9 | How To Remake A Political Party Remaking a political party is difficult, but essential now as the entrenchment of … END_OF_DOCUMENT_TOKEN_TO_BE_REPLACED

What You Need to Know how to drain the swamp in 2022! Kathy Barnette is running for Senate in Pennsylvania, and her story is absolutely incredible. Without a lot of funding or big-name backing, Kathy has surged forward in polls against all odds. Why? Because her story is so compelling! She’s a self-made lady, an […]

What You Need to Know Feminists don’t what they are doing! They are about to make another marketing error by utilizing all the wrong imagery and … END_OF_DOCUMENT_TOKEN_TO_BE_REPLACED