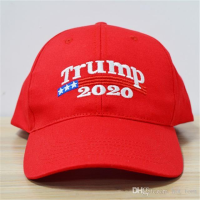 This quote attributed to Communist leader Joseph Stalin, “It’s not the people who vote that count, it’s the people who count the votes”, reflects the sorry state of our nation’s elections, which does not bode well for the future of this nation.

It is a shock when anything is reported in “mainstream” sources that hurts those who wield the power. Time and again during the mid-term elections the mainstream media insisted there was no corruption or fraud, but this all depends whether the news concerns Democrats or Republicans.

This isn’t at all surprising considering how much the larger media landscape identifies with the Left. Conservatives have complained over decades about media bias, and they’ve largely been right. In 2016, the Center for Public Integrity looked at the political donations of 430 journalists and found that a majority of journalists donated to Hillary Clinton’s presidential campaign. Even financial sources are saturated with socialist/crony capitalist propaganda which masquerades as ”news”.

Many Trump supporters are bereft over the results of the mid-term elections. They are apoplectic over the phony recounts which seem to happen every time a Republican wins the election by a narrow margin. Every new mysteriously found batch of uncounted votes always supports the Socialist Democrat and destroys the Republican winner.

Shame on Department of Homeland Security Director Kirstjen Nielsen when reporting there was no vote fraud in this election and that it was the most secure in history.  Vote fraud has been happening for decades in this nation. One need only remember John F. Kennedy’s election in 1960 where his father, old Joe Kennedy had Mayor Daley’s Illinois Democrats make sure enough dead voters cast their ballots for his son.  And Daley’s son won by just 8,800 votes, largely due to margins in Chicago where Mayor Daley tightly controlled the Cook County organization.  In Texas, home of Kennedy’s running mate Lyndon Johnson, he won by a margin of 46,000. Had Nixon carried both states, he would have won the electoral college, 270 to 252.

The Arizona “Republican” Establishment has tolerated election fraud (and corruption like the Keating Five) for decades. Consider this statement from the Arizona Secretary of State web site:

“A person is not required to submit proof of citizenship with the voter registration form, but failure to do so means the person will only be eligible to vote in federal elections (known as being a “federal only” voter). A “federal only” voter will become eligible to vote a “full ballot” in all federal, state, county and local elections if he or she later provides valid proof of citizenship to the appropriate County Recorder’s office.”

The dead, the moved, the illegal and just plain phony voters use the easiest form of fraud, the mail-in ballot.  As James Bradley, a U.S. Senate candidate from California, stated . . . “the state has passed a law allowing for mail-in and provisional ballots to be machine counted. Previously, the signatures on such ballots had to be individually verified for the ballots to be counted. Since the safeguard of signature verification was nullified, Democratic mail-ins and provisional ballots have vastly increased.

Things have gotten so obvious even Democrat outlets like Politico are commenting on election fraud, as is this alternative site that isn’t pro-Republican at all.

Might vote fraud even be encouraged by government because the resulting crisis can be used to justify real ID cards to solve” this problem, which some elected leaders believe could be the start of the surveillance state and the end of federalism.

It’s interesting that the Supreme Court is suddenly in a hurry to take up whether citizenship should be asked on the census.  Might there be this push because the Court needs an Obamacare like majority before Ruth Bader Ginsburg dies?  Hopefully John Roberts isn’t going to stick the knife in the Republicans like he did with Obamacare.

What is being talked about is 10-20 House and Electoral votes switching from Democrat to Republican states if illegals balk at lying and risking criminal charges on the census form.

No wonder the Democrats are desperate to get rid of Trump!  Six more years of Supreme Court and other federal judicial nominations could be the end of them, despite some Republicans who are not allies of Trump.

Orange County CA, once home to President Richard Nixon and considered a foundation of the modern conservative movement, gaining the moniker “Reagan country”, has now flipped to all Democrat, picking up four formerly Republican held seats. Democrats are on track to hold every statewide office in CA.  There wasn’t even a Republican on the ballot for U.S. Senate!  As concluded by Kristin Olsen, a former Republican leader on the state Assembly:

“The California Republican Party isn’t salvageable at this time. The Grand Old Party is dead — partly because it has failed to separate itself from today’s so called toxic, national brand of Republican politics.”

Kevin McCarthy and other California “Republicans” helped to cause this disaster by refusing to vote for a Mexican Border Wall and putting an end to sanctuary states and cities, by encouraging Trump to endorse John Cox instead of a solid conservative for governor, and by not enlisting a Republican to oppose Senator Dianne Feinstein.  What has become toxic to California “Republicans” is this solid piece of truth from Trump:

“Isn’t it ironic that large Caravans of people are marching to our border wanting U.S.A. asylum because they are fearful of being in their country – yet they are proudly waving their country’s flag. Can this be possible? Yes, because it is all a BIG CON, and the American taxpayer is paying for it.”

It’s ironic that “San Fran’s Nancy Pelosi” is now having trouble getting votes from those who pledged to not vote for her to beat Republicans or fellow Democrats who weren’t socialist enough as Democrats struggle over Pelosi’s bid with no end game in sight. Since California is now the center of the Democrat Party, might it be difficult for Democrats not to nominate Kamala Harris in 2020, no matter how awful she will play with swing voters?

When considering Trump’s “support” from D.C. Republicans, the media, and Silicon Valley bias and censorship, we might know very soon if Florida Republicans don’t get something major done to end the voting farce in the next few months.  Inexcusable is Nelson’s swung 2,570 votes after the recount, definite illegal shenanigans with the “cured” VBM ballots and overseas ballots.  Rick Scott also lost 779 votes during the recount that should have gone his way; that is, until Broward and Hillsborough decided to throw out their machine recount totals when the result was better for Scott.  Broward also “lost” 2000 votes that no one can now find.

Now that the GOP has full control over Florida, it needs to fix its election system in the next two years. There is absolutely no excuse for this debacle.

The Florida GOP needs to come in and clean house on its election process. The GOP also needs to remove CCW oversight from the Agriculture Commissioner.

The biggest reason to expect a Trump reelection is that, unlike House races, but more like the 2018 Senate races, it will be impossible to hide the weak, radical nature of Trump’s opponents. The field is so pathetic, that Beto O’Rourke is being touted as a presidential candidate for 2020.

Will traditional values take back seat?

Democrats are no longer pretending, nor are members of the Republican establishment that they believe in traditional values.  According to a Pew Research Center survey, there are 1.5 million Wicca or Pagan in the U.S. That means there are more Wicca or Pagans than there are Presbyterians.

Like Europe before World War I, America has considerable surface Christianity but underneath many don’t believes in the Golden Rule.

Just seize the boodle, sexual or monetary, and use anything, including witchcraft, to get what you want.  It will be interesting to see if the 2020 election, like the 2016 election, offers some reprieve from the downward spiral in American economic, political and moral power.

We might take some solace in this quote by James Russell Lowell:

“Truth forever on the scaffold, Wrong forever on the throne. Yet that scaffold sways the future, and, behind the dim unknown, Standeth God within the shadow, keeping watch above his own.”

Let’s hope for some justice in this life, even as this nation and its people are turning away from their Creator.  Recognized by our Founding Fathers as important and necessary, they bequeathed to us our Constitutional Republic to keep and safeguard for coming generations. Are we up to it?  Our survival depends on it.

Phyllis Schlafly Eagles · #WYNK: Fake History is a Real Problem | August 31, 2022 #ProAmericaReport The following is a transcript from the Pro … END_OF_DOCUMENT_TOKEN_TO_BE_REPLACED

Phyllis Schlafly Eagles · September 27 | Do Politicians Care About Teachers? Promises are easy to make and hard to keep, especially in politics. If … END_OF_DOCUMENT_TOKEN_TO_BE_REPLACED

What You Need to Know to Understand is the danger of the Narrative Machine! Read this article from Tablet Magazine to help understand the connection … END_OF_DOCUMENT_TOKEN_TO_BE_REPLACED

What You Need to Know is Martha’s Vineyard CNN coverage is funny! 'They enriched us.' Migrants' 44-hour visit leaves indelible mark on Martha's … END_OF_DOCUMENT_TOKEN_TO_BE_REPLACED

What You Need to Know is The Narrative Machine is Obsessed with Trump! First, it used to be called the Trump Exhaustion Syndrome now the left is … END_OF_DOCUMENT_TOKEN_TO_BE_REPLACED

Phyllis Schlafly Eagles · September 20 | LIV Golf Delivers a Hole in One LIV Golf has appeared as the foremost competitor to the PGA, which has led … END_OF_DOCUMENT_TOKEN_TO_BE_REPLACED