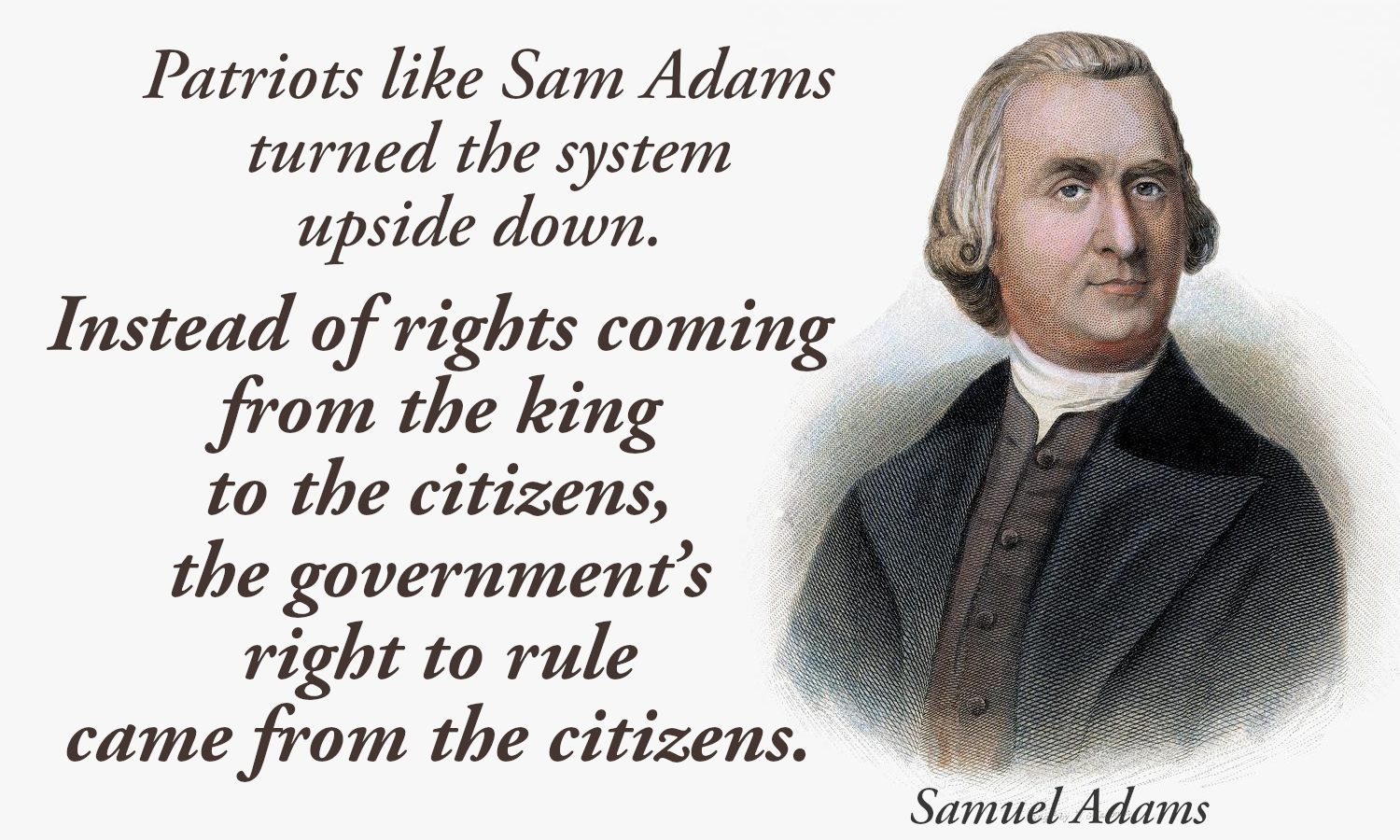 Caucuses are a great American institution. They are political meetings like no other. Do you know where the word “caucus” comes from? Its origins can be traced all the way back to the Founding Father Samuel Adams in the early days of his political organizing.

Sam Adams discovered that the best way to turn political thinking into action was by organizing campaigns with like-minded citizens. With these “club” members at his side, Adams was able to take on the powers that be and affect great change in his hometown of Boston. It was nothing the colonies had ever seen before.

With Boston being a port town, it was fitting that Samuel Adam’s detractors would call his movement “caulkers’ clubs.” That was a clear reference to ship caulkers that kept boats waterproofed. Eventually, that derisive term was transformed into the caucus that we all know today.

The rich history of America’s grassroots politics is rooted deeply in our heritage. Pardon the pun, but it really was revolutionary.

Before America came on the scene, citizens were beholden to the will of their sovereign. Rights were only granted with the king’s permission. Patriots like Sam Adams turned the system upside down. Instead of rights coming from the king to the citizens, the government’s right to rule came from the citizens. The right of people to make their voices heard was recognized as being granted by God alone.

Because of this bold new system of government, grassroots action became both powerful and potent. A citizen with a good idea and the passion to fight for it could force change in the system.

People ask me all the time what we can do to make the people’s voice heard again in Washington, D.C. I don’t have any revolutionary new ideas for them. The revolution already happened.

The greatest thing we can do is to embrace the system of grassroots power established by our Founding Fathers in the first place. It doesn’t sound glamorous. It may not sound flashy. Actually, it sounds like a lot of work. That’s because it is.

Keeping America free isn’t easy. What I can tell you is that it is effective. Just ask Sam Adams.

What You Need to Know is we are in a proxy war with Russia. Until now, we’ve been able to at least try to say we have given Ukraine defense weapons … END_OF_DOCUMENT_TOKEN_TO_BE_REPLACED

What You Need to Know is a lesson on documents and double standards. Suddenly everyone has classified documents and everyone is spinning the stories … END_OF_DOCUMENT_TOKEN_TO_BE_REPLACED

What You Need to Know is to thank the Freedom 20 who took up the House Speaker fight last week. Get the list here — it only takes 3-5 minutes … END_OF_DOCUMENT_TOKEN_TO_BE_REPLACED

Phyllis Schlafly Eagles · January 23 | More Horror Stories from Drop-Box Dems The new Democrat Party, which is essentially the same as the old … END_OF_DOCUMENT_TOKEN_TO_BE_REPLACED

Phyllis Schlafly Eagles · #WYNK: A New Pro-Life America | January 20, 2023 #ProAmericaReport The following is a transcript from the Pro America … END_OF_DOCUMENT_TOKEN_TO_BE_REPLACED

What You Need to Know is Trump’s record is baked in. He’s already been torn apart every which way and his record stands with all the things you like … END_OF_DOCUMENT_TOKEN_TO_BE_REPLACED