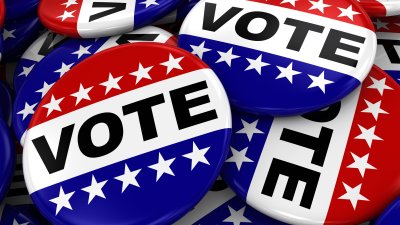 This election season is a good time to appreciate how special, how exceptional, how superior our American system of government really is. Unlike most other nations, the United States has presidential elections at fixed times established by law, rather than at a time chosen by the politicians in power. In England, Canada, and many parliamentary systems, the political leader decides when to hold the next election. He picks a time that is most advantageous to his reelection. But in the United States, Election Day for our President is on the first Tuesday after the first Monday in November, in every year divisible by four. By using a fixed day, the odds are that this will be disadvantageous to the incumbent roughly 50% of the time.

Our Constitution limits political power in another essential way: with a strict separation of powers between the legislative, executive, and judicial branches of government. In the parliamentary system in England, the leader of the executive branch is a member of parliament, and so are his Cabinet members. But in the U.S., there is supposed to be almost no overlap in jobs or activities of the different branches. This separation of powers gives us the “checks and balances” that are unique to the U.S. Constitution.  Each branch, to protect its own power, acts to limit expansions in power by the other branches. Our Founders expected the legislative branch, Congress, to be far more powerful than the presidency and the judiciary. Unfortunately, Congress has ceded much of its power to the president and the courts. Since the President appoints justices of the Supreme Court, presidential elections carry more significance than ever before.

What You Need to Know is about the fast changing strategies of the left. They used to be able to run to judges and get their priorities through because they couldn’t convince the voters through the traditional system. Now, however, conservatives have transformed the judiciary but the Congress has run so far to the left […]

Phyllis Schlafly Eagles · December 9 | Are Supporters of America First Scrooges? It’s going to be a long, cold winter in the United States, but … END_OF_DOCUMENT_TOKEN_TO_BE_REPLACED

What You Need to Know is how the Narrative Machine skewed the 2020 election. From Elon’s documents dumps, we now have concrete information that the … END_OF_DOCUMENT_TOKEN_TO_BE_REPLACED