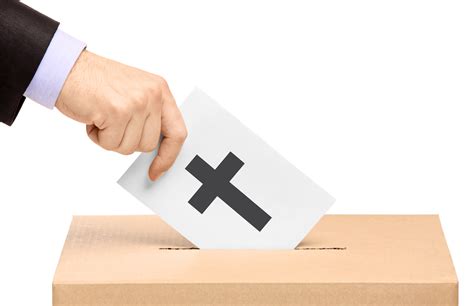 Leftists still can’t seem to wrap their heads around why conservative Christians were willing to vote for Donald Trump in 2016. This is something the Left has to get sorted out if they want to have any chance of beating Trump in 2020. Remember, when it comes to election politics, the name of the game isn’t making sure people don’t hate you. They have to actually be energized enough about what you are doing to be willing to go to the polls and pull the lever for you. Clearly, there was something about Trump in 2016 that instilled that kind of energy in many Christian voters.

Because I am a helpful kind of guy, and because I know the Left won’t take my advice anyway, I’ll go ahead and reveal the secret that brought Christians to the polls for Trump in 2016. In short, Christians pulled the lever for Trump because they know he’s someone who will stand up for their values. We were tired of having our faith trampled on by President Obama and we wanted a change. Phyllis Schlafly sensed this long before most politicians did. That’s why she wrote her book No Higher Power: Obama’s War on Religious Freedom. She prosecuted the case against Obama from that perspective because she knew Christians would be a vital part of any coalition that would defeat the Democrats in the future. Trump wisely followed Phyllis’s intuition, and that’s why he won.

Since the election, he’s stayed true to the promises he made to conservatives on the campaign trail. We don’t see Army hospitals banning visitors from bringing Bibles to wounded soldiers. Instead, we see a president who is unafraid to proclaim “Merry Christmas” to the entire nation from the Rose Garden. We see a president who respects all religious communities enough that he’s instituted a new rule for government employees allowing them to work overtime in order to take time off for their religious holidays. We see a president who respects believers enough that he’s instituted protections for their conscience when it comes to health care.  If Democrats are smart, they’ll nominate a candidate who respects the religious faith of Christians. Of course, they may have trouble finding a Democrat who still does that.

What You Need to Know is Ours is a Religious Nation. Phyllis Schlafly reminded us of this plain fact in her column on Christmas Eve 1982. Our founders … END_OF_DOCUMENT_TOKEN_TO_BE_REPLACED

Phyllis Schlafly Eagles · February 3 | "Woman" Is the Word of the Year The internet is a powerful tool that most of us use every day. … END_OF_DOCUMENT_TOKEN_TO_BE_REPLACED

What You Need to Know is Tucker is allowing the will of the people to be heard! When a huge block of Republicans and so-called conservatives are … END_OF_DOCUMENT_TOKEN_TO_BE_REPLACED