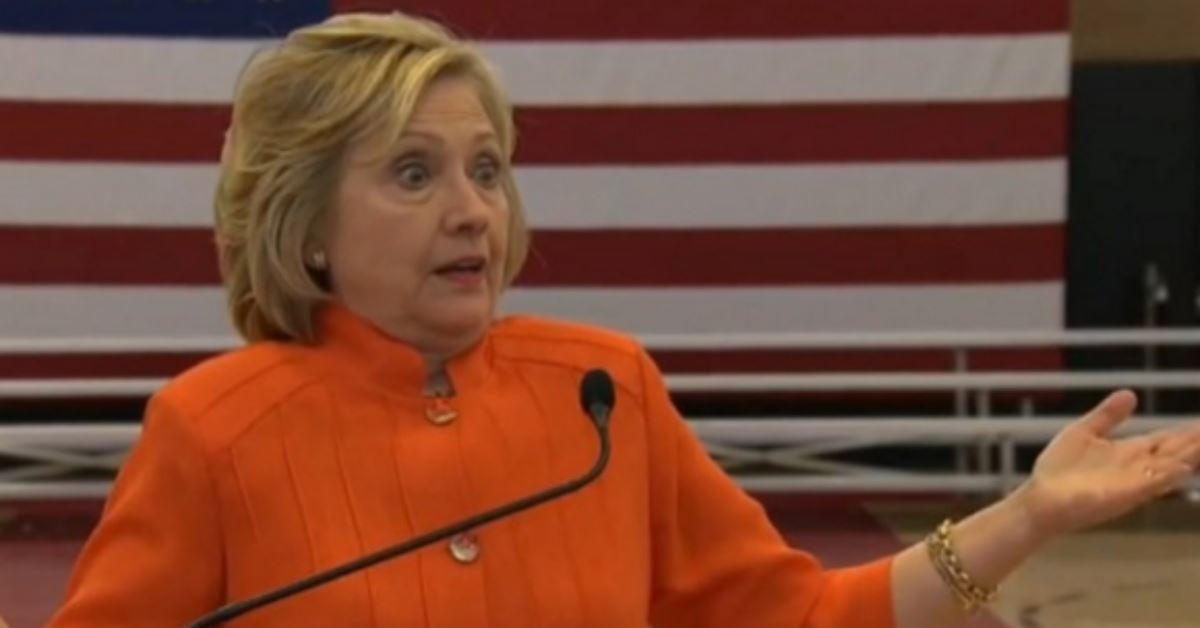 The six major female candidates for the Democratic presidential nomination were supposed to be thriving by now.  Senators Elizabeth Warren, Kamala Harris, Kirsten Gillibrand, and Amy Klobuchar were thought to be the cream of the crop.

Instead, the Democratic “B-Team” has dominated the field. Names like Biden, Bernie, Beto, and Buttigieg enjoy a handy lead to recent polls. Joe Biden is basically running away with the nomination even though he’s really the weakest of them all. A lot of people are wondering why we are seeing so much traction for white men when many thought 2020 would be the year of women and minorities.  The B-Team can thank Hillary Clinton for that.

The over-payed pundits all thought 2020 would be about backlash against President Trump. Come to find out, the next election is shaping up to be a backlash against Hillary.  Grassroots Democrats are rebelling against the relentless liberal media pressure to support a candidate because of their sex or race.

Just take a look at where the women are in the polls. Elizabeth Warren is one of the women far behind the B-Team in the polling. She’s so desperate for any kind of attention that she has been spending her time bashing Fox News while refusing to do a town hall sponsored by them.

Warren absurdly tweeted that “Fox News is a hate-for-profit racket that gives a megaphone to racists and conspiracists—it’s designed to turn us against each other.”

Next is Kirsten Gillibrand, who blames “gender bias” for her poor performance with Democrats.  She said “I think people are generally biased against women. I think also biased against young women.”

The real reason is not “gender bias.” It’s backlash by Democrats against Hillary Clinton for taking them down the road to a crushing defeat in 2016. In 2018, other feminist Democrat senators lost big in North Dakota and Missouri. They didn’t lose because they were women. They lost because they were feminists. The American people didn’t want that in 2016 and they don’t want it now.

Instead of blaming “gender bias,” the Democratic women should blame the fear of giving the nomination to another radical feminist in the mold of Hillary Clinton.

Phyllis Schlafly Eagles · February 8 | Leftist Hollywood's Downward Spiral Looking back on 2022, it is plain to see that Democrat-dominated … END_OF_DOCUMENT_TOKEN_TO_BE_REPLACED

The Deep State in Washington, D.C. just offered to debrief Trump Administration officials about the hot air balloons that have invaded our airspace … END_OF_DOCUMENT_TOKEN_TO_BE_REPLACED