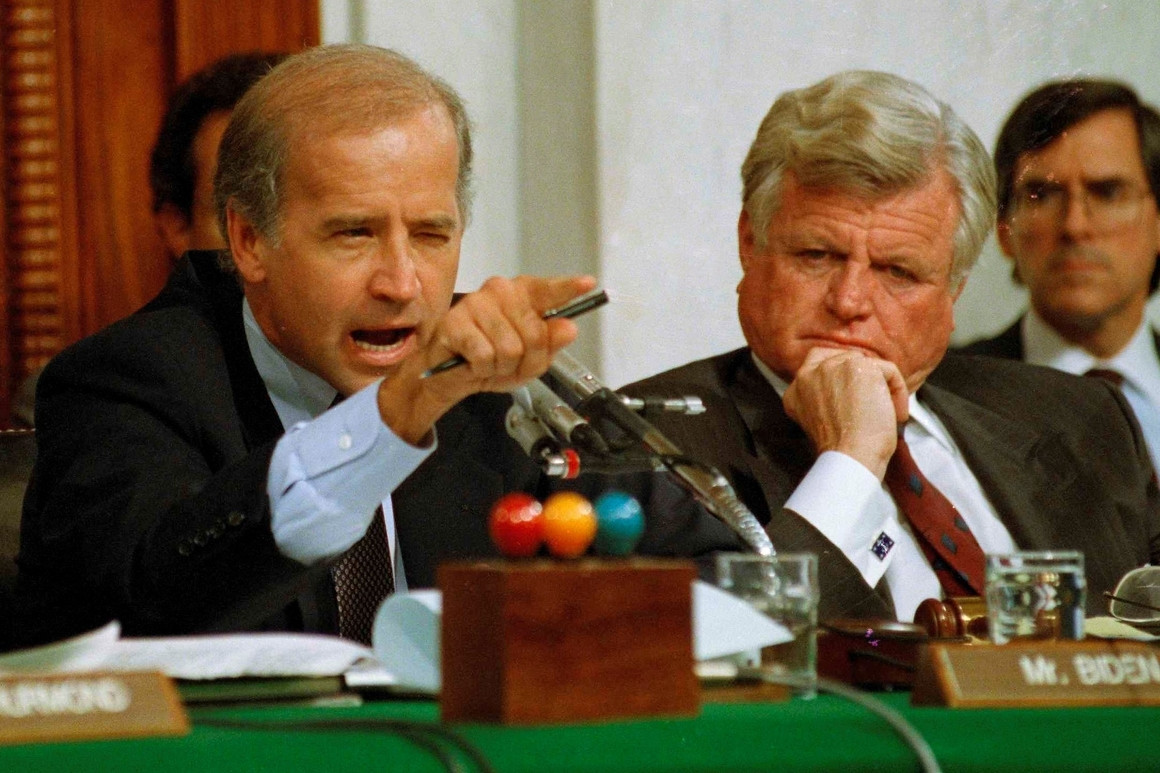 When it comes to November’s election, President Trump will have almost four years worth of reasons to vote for him. His past performance gives him the authority to say that he will do what he promises he will do. With President Trump, we know exactly what we’re getting. In fairness, that doesn’t really distinguish him from Joe Biden. We don’t have to guess where Joe Biden stands on the issues either. He was the vice president for eight years, and before that he was in the U.S. Senate for decades.  As a senator, he cast plenty of votes that show exactly how out of sync he is with the American people.

He may hold himself up as the champion of diversity for promising to nominate the first black woman to the Supreme Court, but don’t forget that Joe Biden presided over the Clarence Thomas hearings. It was Biden himself who voted to send the nomination to the floor of the Senate without a recommendation. Justice Thomas has served with distinction for nearly three decades since then, but Biden never apologized for allowing that proceeding to become a “high-tech lynching” as Thomas accurately described it.

Biden’s reputation as a moderate can be easily debunked after he gets the Democratic nomination. He supports sanctuary cities and opposes President Trump’s policy of deporting criminal aliens. Again, we don’t just have to trust Biden’s word for it. Just look at his record. When an illegal alien brutally kidnapped, raped, and murdered a sixteen-year-old girl in Texas, the Obama Administration with Biden as Vice President tried to bail out the alien. That’s the kind of policy Biden wants to bring back to the White House.

What You Need to Know is we are in a proxy war with Russia. Until now, we’ve been able to at least try to say we have given Ukraine defense weapons … END_OF_DOCUMENT_TOKEN_TO_BE_REPLACED

What You Need to Know is a lesson on documents and double standards. Suddenly everyone has classified documents and everyone is spinning the stories … END_OF_DOCUMENT_TOKEN_TO_BE_REPLACED

What You Need to Know is to thank the Freedom 20 who took up the House Speaker fight last week. Get the list here — it only takes 3-5 minutes … END_OF_DOCUMENT_TOKEN_TO_BE_REPLACED

Phyllis Schlafly Eagles · #WYNK: Trump is Stronger Than Biden | January 27, 2023 #ProAmericaReport The following is a transcript from the Pro … END_OF_DOCUMENT_TOKEN_TO_BE_REPLACED