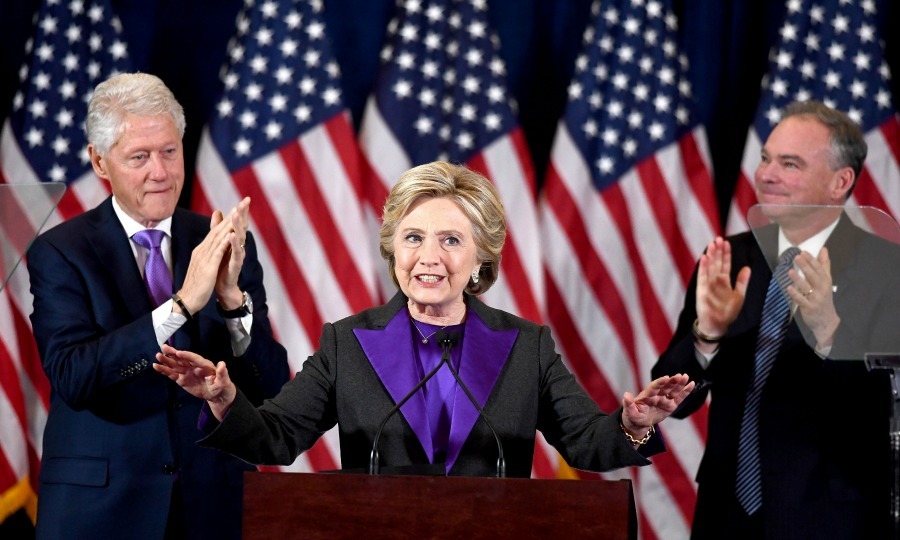 The six major women candidates for the Democratic presidential nomination were supposed to be thriving by now.  Senators Elizabeth Warren, Kamala Harris, Kirsten Gillibrand, and Amy Klobuchar were thought to be the cream of the crop.

Instead, the Democratic “B-Team” has dominated the field:  Biden, Bernie, Beto, Buttigieg and, one might add, Bezos in his role as the owner of the Democrats’ daily newspaper, The Washington Post.  The weakest of them all, Joe Biden, is ostensibly running away with the nomination.

Why the domination by white men when many thought 2020 would be the year of women and minorities?  The B-Team should thank Hillary for that. 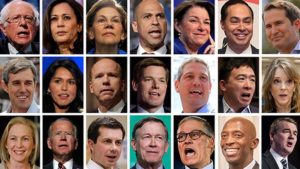 Far from being a backlash against President Trump, the next election is shaping up as a backlash against Hillary Clinton and even Barack Obama.  Grassroots Democrats are rebelling against the relentless liberal media pressure to support a woman or diversity candidate for president.

A record-breaking 22 Democrats have announced their bids for the presidential nomination.  With plenty of liberal billionaires anxious to waste their money on trying to defeat President Trump next year, there is abundant campaign cash to go around.

Trump is fine with facing off against Biden next fall, and even seems to encourage it by declaring “SleepyCreepy Joe” to be the presumptive nominee.  Biden repeatedly failed miserably in his prior races for president, plagued by a habit of dishonesty and making a fool of himself.

Biden has never attained even 2% of the vote despite running twice for president, first in 1988 and then twenty years later in 2008.  In 1988, he pulled out after a series of scandals involving plagiarism and dishonesty, which the media try to downplay although anyone can read about them on the internet.

Biden’s scandals were not merely that he copied the liberal British politician Neil Kinnock’s speech without giving him credit, but that Biden also misrepresented his own academic credentials on multiple occasions.  In law school he once received an “F” for plagiarism, too, but was then allowed to redo the course.

The second time Biden ran for president he failed just as badly, garnering only 1% in the Iowa caucuses in 2008 before pulling out.  While there are many presidents who have won after being the runner-up in prior primaries, it is difficult to find an example of someone who fared so poorly but then won later.

If elected, Biden would turn 78 before Inauguration Day, and would serve half his term while in his 80s.  There is nothing youthful about his political positions either, which are a contradictory hodgepodge to which the base of the Democratic Party is mostly opposed.

Despite all this, early polling suggests that many Democrats think Biden is better than the leftist, even socialist, alternatives.  The remainder of the B-Team is even less electable than Biden.

Bernie Sanders, for example, spent his honeymoon in the communist Soviet Union, which is not exactly the kind of passion that commends one to become president of the United States.  But many thought Hillary stole the nomination from Bernie last time, only to disappoint Democrats in the general election against Trump.

Then there is Pete Buttigieg, the mayor of South Bend, Indiana, who grew up as the only son of an immigrant Marxist professor.  Although technically not a “red diaper baby,” which is a term for the child of a member of the Communist Party, Buttigieg is a second-generation opponent of our free market system that has brought Americans so much prosperity.

So where are the women candidates who thought they would lead this race?  Elizabeth Warren is one of the women far behind the B-Team in the polling, and now she desperately tries to get attention by bashing Fox News while refusing to do a town hall sponsored by Fox as her rivals have.

Warren absurdly tweeted that “Fox News is a hate-for-profit racket that gives a megaphone to racists and conspiracists—it’s designed to turn us against each other, risking life & death consequences, to provide cover for the corruption that’s rotting our government and hollowing out our middle class.”

Next is Kirsten Gillibrand, who blames “gender bias” for her poor performance in polling of Democrats.  “I think people are generally biased against women. I think also biased against young women,” she pompously declared.

The real reason is not “gender bias,” but a backlash by Democrats against Hillary Clinton for taking them down the road to a crushing defeat in 2016.  In 2018, other feminist Democrat senators also lost, in humiliating landslides, in North Dakota and Missouri.

Instead of blaming “gender bias,” the Democratic women might instead blame the well-justified fear of giving the nomination to another radical feminist in the mold of Hillary Clinton. 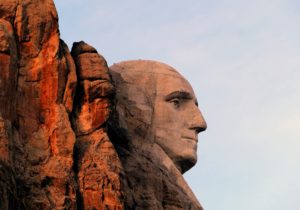 February is the month when we celebrate and honor some of our nation's heroes starting with George Washington. Federal law 5 USC 6103 clearly … END_OF_DOCUMENT_TOKEN_TO_BE_REPLACED 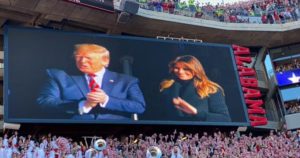 President Trump’s high-profile support of manly sports is scoring points for him in the battleground states.  While Elizabeth Warren and other … END_OF_DOCUMENT_TOKEN_TO_BE_REPLACED

What You Need to Know is Nancy Pelosi is feeding the frenzy of the feminist left with a pure political show. This is all about unrestricted abortion … END_OF_DOCUMENT_TOKEN_TO_BE_REPLACED 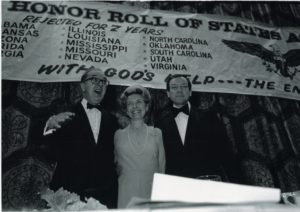 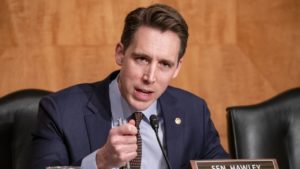 Senator Josh Hawley (R-MO) has been a lion in the U. S. Senate, despite being its youngest member in his rookie year.  His landslide victory over the entrenched liberal favorite Claire McCaskill was the biggest conservative win of the midterm 2018 elections. Hawley earned a coveted seat on the Senate Judiciary Committee and quickly became its […]

What You Need to Know is the true believers in Team Bernie world are winning (thanks to AOC) and they won’t give in to Bloomberg’s billions. New Hampshire has sealed the deal: Biden and Warren are done. Mike Davis of the Article 3 Project tells me that Judge Brasher is a great judge! Julie Kelly talks about how Christopher Wray Isn’t […] 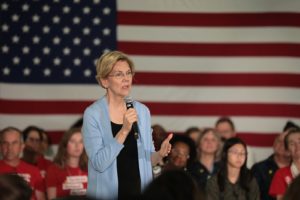 With every presidential campaign, there is a mind-numbing number of town halls for the candidates to take part in. Most of these town halls are uneventful, but Elizabeth Warren made one interesting comment at a town hall that shouldn’t go unnoticed. When asked about her infamously-vague Medicare for All plan, she confirmed that her proposal […]

What You Need to Know is the biggest loser is Joe Biden. New Hampshire has made clear: Joe Biden is done. Bloomberg is done (except for cheap ads he … END_OF_DOCUMENT_TOKEN_TO_BE_REPLACED 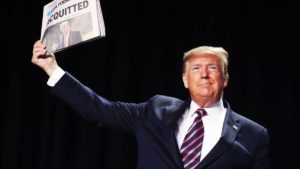 Democrats’ dangerous game of impeaching President Trump despite lacking the votes to remove him from office has backfired on them.  Trump gained … END_OF_DOCUMENT_TOKEN_TO_BE_REPLACED

What You Need to Know is Trump is surging and the GOP is united on policy and politics. By contrast, the Dems are a mess. A report on New Hampshire … END_OF_DOCUMENT_TOKEN_TO_BE_REPLACED