While the Washington Post searches high and low for another Watergate scandal, it is simply nowhere to be found.  The remarkable tranquility in the stock market belies the hysterical cries of disaster emanating from Washington, D.C.  The financial markets evidently think nothing of the gossipy allegations of imaginary wrongdoing in the White House’s dealings with Russia, and the American people think nothing of it also. 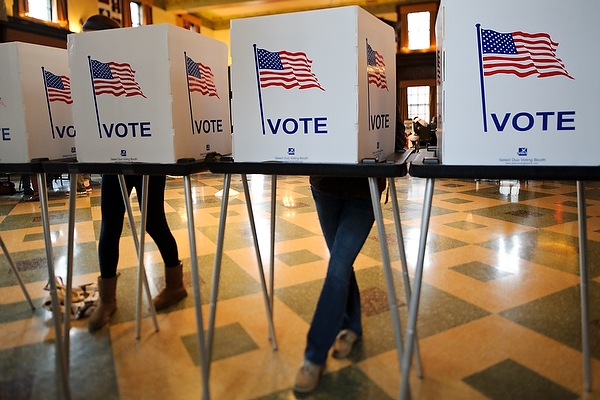 The real news is that President Trump has acted to improve the integrity of our elections, and thereby ensure our future prosperity against the foes of freedom.  One of the top priorities is to eliminate the loopholes that facilitate illegal voting.

In May, President Trump issued an Executive Order creating the Presidential Commission on Election Integrity, to safeguard our election system that the Obama Administration left in disrepair. President Trump is making America great again by taking steps to end illegal voting in our country.

This new commission will be formally headed by Vice President Mike Pence, and the driving force will be its vice chairman, Kansas Secretary of State Kris Kobach, whose energy and expertise are unequaled on this topic.  For more than a decade the Honorable Kobach has been advocating, designing, and implementing reforms to stop the rampant illegal voting that occurs.

Kobach's Kansas is one of two states where state law requires proof of citizenship from persons registering to vote.  Since Kobach began enforcing that sensible law, some 30,000 people left their voter registrations incomplete because they were unable to prove U.S. citizenship.

Secretary Kobach has also promoted wider use of the Interstate Voter Registration Crosscheck for catching people who are registered to vote in more than one state.  Recently he obtained the conviction of a Kansan who voted for Colorado's Amendment 64 to legalize marijuana.

It is essential to improve the integrity of our elections and repair the holes in our rickety system of casting ballots, and President Trump’s creation of the Presidential Commission on Election Integrity is welcome relief.  With so much hoopla about securing the confidentiality of routinely classified information, it is even more important to secure the integrity of our elections.

What You Need to Know is the Border is about to be totally open! In just a few days we are going to see around 18,000 illegal aliens crossing our … END_OF_DOCUMENT_TOKEN_TO_BE_REPLACED