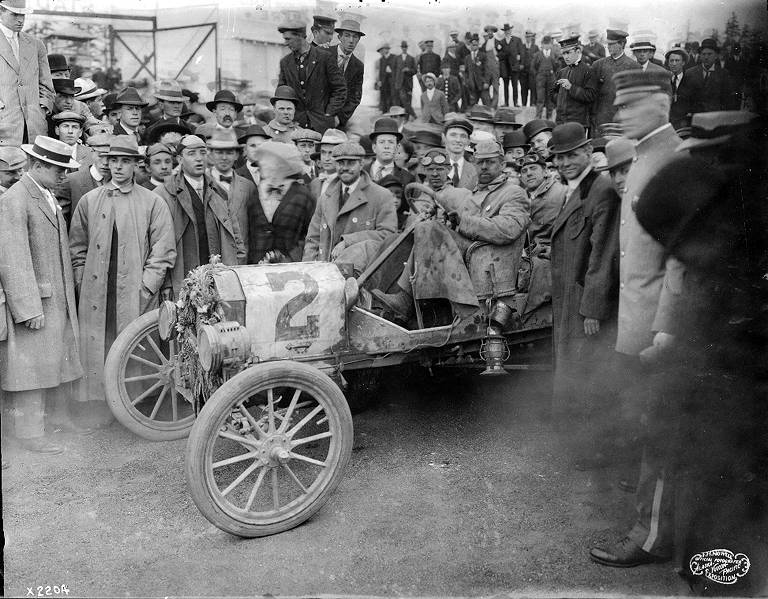 On October 1, 1908, American entrepreneur Henry Ford brought the vast expanse of the United States much closer together. On that historic date, Ford unveiled his Model T automobile, which quickly became the most popular “horseless carriage” in the world. It was the perfect size for the average American household. It was built of high quality, yet reasonably priced. For the first time ever, motorized personal transportation was made available to middle-class Americans.

This roadworthy revolution was due to Ford’s unique approach to business and industry. He emphasized interchangeable parts even in differing chassis designs to maximize the ease with which the Model T could be assembled and repaired. His assembly line factory systems were second to none. When casting the vision for what the Model T would become, Ford boldly proclaimed, “I will build a motor car for the great multitude. It will be large enough for the family, but small enough for the individual to run and care for. It will be constructed of the best materials, by the best men to be hired, after the simplest designs that modern engineering can devise. But it will be so low in price that no man making a good salary will be unable to own one – and enjoy with his family the blessing of hours of pleasure in God’s great open spaces.” That was the vision of Henry Ford, and that is exactly what he did.

Critics today would point to Ford’s vast fortune and say that he did not earn that money. They would say that Ford was a “robber baron” who exploited the little man. Yet, who among us would put a price tag on what the affordable automobile has done for America? Can you honestly say that the man who made the great American road trip possible does not deserve to be rewarded for his innovation? The American patent system that protects the rights of creators like Ford has allowed America to innovate like no other nation in the history of the world. Ford deserved every penny he made, and I invite any other would-be captain of industry to dream boldly and be a man of action like the great Henry Ford, inventor of the Model T.

What You Need to Know is it’s Election Day! The media isn’t going to stop adjusting the news to report what will benefit them — Politico: Biden, Trump … END_OF_DOCUMENT_TOKEN_TO_BE_REPLACED

Phyllis Schlafly Eagles · November 4 | TikTok Trends Bash the Workplace I may not be the world’s leading expert on the latest TikTok trends, but … END_OF_DOCUMENT_TOKEN_TO_BE_REPLACED

What You Need to Know is what’s right in America! We talk so much about what’s wrong in America and how broken our elected officials are — there’s a … END_OF_DOCUMENT_TOKEN_TO_BE_REPLACED

What You Need to Know is the Narrative Machine fights to Free Speech on Twitter. Elon Musk, like him or not, is revealing the angst of Big Media and … END_OF_DOCUMENT_TOKEN_TO_BE_REPLACED

Elon Musk has 119 million followers on Twitter, the platform which he just bought for $44 billion. That’s more followers than Taylor Swift, whose … END_OF_DOCUMENT_TOKEN_TO_BE_REPLACED

What You Need to Know is why Trump is not an echo of other candidates before him. Phyllis Schlafly famously first used that phrase — a choice, not an … END_OF_DOCUMENT_TOKEN_TO_BE_REPLACED