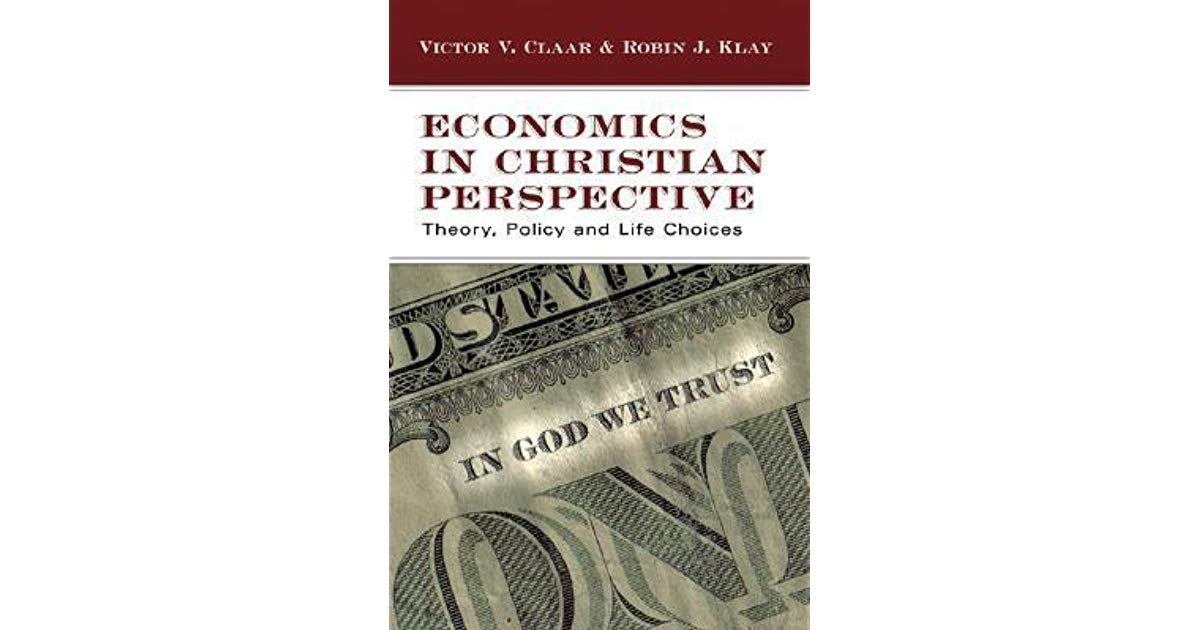 In order to try to understand what is happening to our economy, Americans need to have basic knowledge of economics. Today I’m going to share with you some thoughts from a book that is not new, but is a good resource without technical jargon. The name of the book is Economics in Christian Perspective by Victor Claar and Robin Klay, a couple of mainstream economics professors who also happen to be Christians. The book is an excellent guide for people who want to support policies based on biblical principles as well as economic realities.

The authors believe that promoting economic growth is a moral imperative for Christians because long-term growth is the primary engine of job and income expansion that lifts people out of poverty and affords them the dignity of providing for their families. Drawing on economic research as well as Scripture, the authors show how markets can create wealthier and freer societies, while also inculcating moral virtues such as responsibility, self-reliance, gratitude and generosity. They examine questions such as which tax policies generate needed revenue without discouraging people from working? What happens to charitable giving when governments take on more roles? Does globalism take jobs away from Americans? Have government efforts to spend a nation out of a recession proved successful?

Should Christians be concerned about unequal incomes? Is economic development at odds with the biblical mandate to take care of creation? Do some of the policies designed to help the poor really harm them? The authors have the data.

Parents and young adults who read this book together can expect to enjoy lively dinner conversations.  The name of this book by Victor V. Claar and Robin J. Klay is Economics in Christian Perspective.

What You Need to Know is a lesson on documents and double standards. Suddenly everyone has classified documents and everyone is spinning the stories … END_OF_DOCUMENT_TOKEN_TO_BE_REPLACED

Phyllis Schlafly Eagles · February 3 | "Woman" Is the Word of the Year The internet is a powerful tool that most of us use every day. … END_OF_DOCUMENT_TOKEN_TO_BE_REPLACED

What You Need to Know is Tucker is allowing the will of the people to be heard! When a huge block of Republicans and so-called conservatives are … END_OF_DOCUMENT_TOKEN_TO_BE_REPLACED