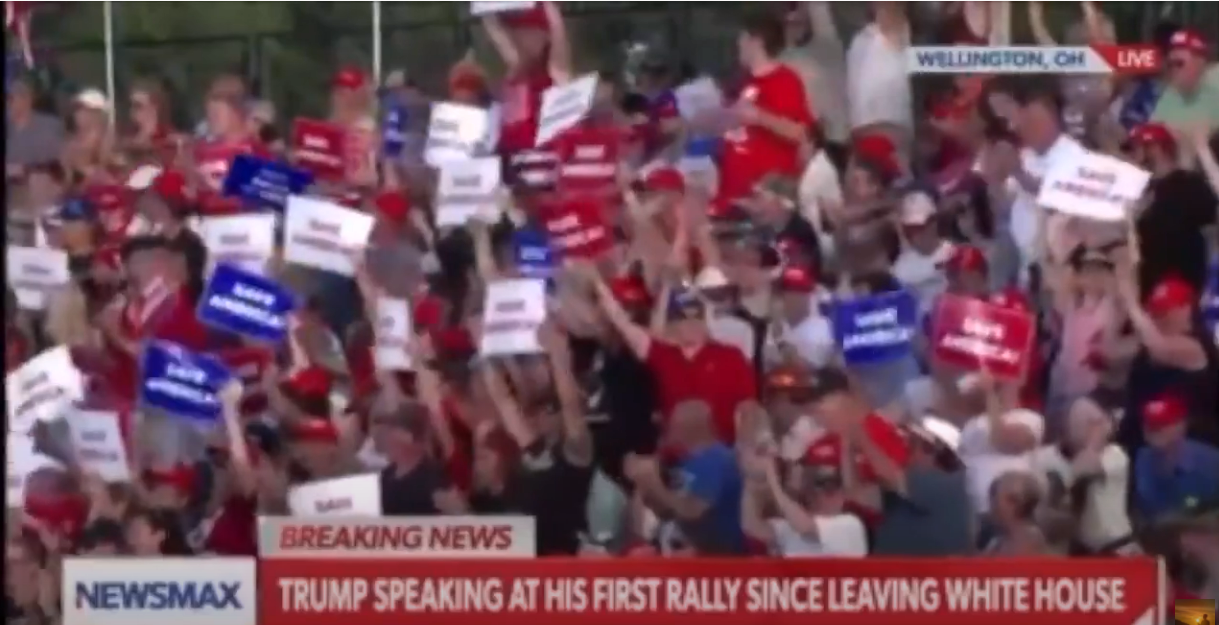 More than $100 million was spent on the Mueller investigation, including defense costs against frivolous accusations, and yet apparently not even $100 was spent by William Barr’s Department of Justice to ensure integrity for the presidential election. “Count every fraudulent vote” became the mantra among the Deep State left unchecked by Barr.

In a new book by ABC News’ chief Washington correspondent, the do-nothing Barr is pathetically quoted as saying, “If there was evidence of fraud, I had no motive to suppress, but my suspicion all the way along was that there was nothing there.”

Simply put, Barr took the easy way out. Asking hard questions is how wrongdoing is uncovered. That should be easily understood by the nation’s top law enforcement officer under the president. His job was to earnestly investigate before drawing conclusions, yet he refused to do that in the moment when America was facing crisis.

Although Barr betrayed Trump, everyday Americans still flock to support the Donald. By dawn before Trump’s latest rally in Ohio, a substantial crowd had already gathered. Some had been there for days, such as truck driver Mike Boatman who observed that the horde of patriots was a hundred times larger than what Biden could draw even in a big city.

The event location targeted Rep. Anthony Gonzalez (R-OH), who voted with nine other Republicans to impeach Trump. Pro-Trump Max Miller is running with Trump’s endorsement for that seat. Never-Trumpers relished the thought of joining liberals to toss Trump overboard, and find someone to play ball with the Establishment. Yet eight months later, no such replacement exists, and Trump has returned with the fanfare of a true leader that he is.

Trump may have been betrayed by William Barr and a handful of squishy Republicans, but the American people have not left his side. The America First message still rings loud and clear in the hearts of freedom-loving people everywhere. Though the battle may rage a little longer, we are far from defeated. No betrayal by “summer soldiers and sunshine patriots” can foil the conviction of true patriots.

Phyllis Schlafly Eagles · #WYNK: Trump is Stronger Than Biden | January 27, 2023 #ProAmericaReport The following is a transcript from the Pro … END_OF_DOCUMENT_TOKEN_TO_BE_REPLACED

What You Need to Know is Trump is stronger than Biden. Our American leaders sending tanks and weapons to escalate the war in Ukraine aren’t in line … END_OF_DOCUMENT_TOKEN_TO_BE_REPLACED

Phyllis Schlafly Eagles · #WYNK: Documents and Double Standards | January 24, 2023 #ProAmericaReport The following is a transcript from the Pro … END_OF_DOCUMENT_TOKEN_TO_BE_REPLACED