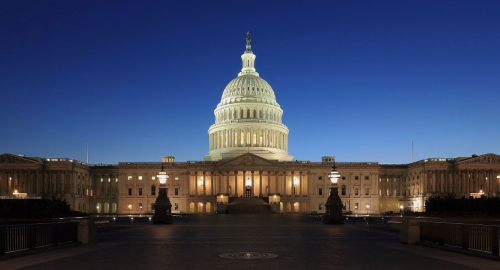 The idea that a “Deep State” exists inside the federal government rose to prominence during the first 100 days of President Trump’s administration.  An ABC News/Washington Post poll of 2017 showed that nearly half the people in America believe a Deep State — defined as “military, intelligence and government officials who try to secretly manipulate government policy” — is working behind the facade of the constitutional U.S. government.

Although to many a reference to the Deep State is of recent origin, this is far from new.  Upon realizing the special status of people who are mainly anonymous and whom it is nearly impossible to fire, it becomes inevitable that a cancer would metastasize in the shadows, free from the sunshine’s power as a disinfectant.

In the 1930’s a shadow government consisting of Socialists and Communists, loyalists to the Soviet Union, sprung into existence.

Unfortunately, unlike the current version, it worked in concert with President Franklin D. Roosevelt. The most prominent and notorious of them was Alger Hiss, FDR’s fair-haired boy, who played a central role at the Yalta Conference, where FDR, over Churchill’s strenuous objections, handed Eastern Europe over to Stalin, and assisted in the creation of the globalists’ dream of the United Nations.

The difference between that earlier Deep State and the one we have today is that it worked in tandem with President Roosevelt, a foolish Leftist who held Stalin, not Churchill, in high regard.  Roosevelt even referred to Stalin as Uncle Joe.

The descendants of those earlier traitors are currently leading the resistance movement in the State Department and various federal agencies as Obama holdovers. They worked hand-in-glove with Barack Obama, anxious to continue their nefarious work in what was to be a Hillary Clinton election in 2016.  It’s also in league with their fellow left-wingers in the House and Senate and their hand maidens in the media, and even Never Trumpers and globalists in the Republican Party.  But unlike the politicians and pundits, those working deep in the bowels of the State Department and federal agencies as career politicians don’t have to worry about being voted out of their jobs or losing their gigs over sexual harassment charges.

Why were Never Trumpers like James Comey, Andrew McCabe, John Brennan, Peter Strzok, Lisa Page, James Clapper, Bruce Ohm and Michael Hayden so ready to risk their careers and possibly even their freedom on behalf of Hillary Clinton, a proven liar and money laundress?  It wasn’t so much that those deep-staters who had infiltrated the Justice Department, the FBI, the NSA, the CIA and the State Department adored Mrs. Clinton; rather, it was that they hated and feared having an American patriot in the White House  dedicated to putting the best interests of his fellow Americans ahead of others.

President Trump was mocked for claims he made that the Obama regime and their weaponized intelligence agency assets had wire-tapped his communications and Trump Tower. Evidence has since proven that his claim was a true statement.  The slow-walking of documents and general obstruction by the agencies involved — the DOJ under AG Jeff Sessions, and the FBI under Wray — has left America largely uninformed as to the level of corruption and anti-American activities of the illegitimate Obama regime.

Why is it that Robert Mueller has never requested an interview with Brennan who started the entire spying vendetta on candidate Trump in April of 2016?

Former Director of the CIA John Brennan and former Director of National Intelligence James Clapper both committed perjury when testifying to Congress, yet neither have been charged.  Both were part of Obama’s counterintelligence investigation of Donald Trump.

The DOJ used every obstacle and impediment to keep Congress from learning the truth to cover their own treasonous activities.  It took months for the FBI to release subpoenaed information.  When they did get it, the documents were heavily redacted.  Congress is told their lack of transparency is necessary for the protection of national security, vital intelligence, and investigative operations, yet Devin Nunes and others know this to be untrue, because they’ve seen the unredacted forms.

Rosenstein, as acting AG after Sessions’ foolish recusal, seems to believe he is above the law, having authorized unlimited investigations of the administration he supposedly serves.  Yet there was no criminal premise to justify investigations of any Trump campaign officials. The Obama administration used the DOJ/FBI for counterintelligence against the opposition hoping they would find something criminal.

Mueller’s investigation, which started without a crime, has become a rogue investigation that has gone off the rails in search of a crime.  Its a $30 million witch hunt that has produced nothing but ruined lives.

Of note:  Had Trump not have been elected, none of the above would have been known.

It is essential for Trump to release the requested documents before Democrats take control of the House in January.

Trump knows what is in the Russians files, but the DOJ is falsely claiming that national security is involved and doesn’t want the documents released to the public. Allies are doing the same to cover their own fingerprints in the orchestrated hoax.

Neocons in Trump’s own party consorted with the Democrats to destroy Trump’s chances of attaining goals he promised to the American people. These neocon Republicans were instrumental in Democrats winning back control of the House.

Speaker Paul Ryan led the pack as House Republican Majority Leader through providing funding for House members who like Ryan were Never Trumpers.

Ryan has made it clear who owns him throughout his speakership.  He is a servant of lobbyists, globalists and the establishment neocon Trotskyites and he has continually undercut the President.  Paul Ryan confirmed his neoconservative globalist stance and his indefensible support of the establishment when he lined up with Trey Gowdy who not only  defended the FBI probe, but said that the FBI did nothing wrong in spying on the Trump campaign.

Ryan, as the lame duck speaker, also chose to side with the Deep State and defy our president and the American people by pushing amnesty.  By playing toady to the open border globalists, Ryan signaled his willingness to deliver for his masters on K Street, Wall Street, the business roundtable, the Koch brothers, and the Chamber of Commerce to assure open borders and amnesty for illegal aliens.

In the Omnibus spending bill of 2018, Speaker Ryan wouldn’t give the President a dollar to build the wall.   Ryan even took money away from immigration and customs enforcement and reduced the number of border agents enforcing immigration law.

As Congressman Matt Gaetz  said about Ryan: “There is no defense for Ryan siding with the DOJ and FBI against those in the Congress who are working for transparency and accountability.”  For over a year Devin Nunes has been asking for the documents that go to the very heart of the Russia hoax.   Ryan defended the FBI and the Deep State by going along with the Obama administration’s witch hunt to destroy Trump, instead of standing with conservative caucus members who were focusing on the refusal of the FBI to turn over documents to allow Congress to perform their oversight duties. Even now there is no evidence of Russian collusion.

What lies ahead for President Trump

Rep. Adam B. Schiff, California Democrat, now chairman of the House Permanent Select Committee on Intelligence, has embraced Steele’s anti-Trump conspiracies (the “pee” document), which Republicans call a hoax, and which gave way to the rogue Mueller investigation.  Schiff further wants to launch an inquiry into supposed Russian money-laundering through the Trump Organization.

Rush Limbaugh recently voiced a warning on his weekday radio talk show. He foresees an intensified threat to President Trump and his administration through a variety of investigations of Trump.

Most disturbing to Limbaugh is that members of the president’s own party are likely to hop on board to eagerly support Democrats in a calculated effort to oust Trump.

Although two former Trump aides, Corey Lewandowski and David Bossie, are set to release their new book, “Trump’s Enemies: How the Deep State Is Undermining the Presidency” to show the public there are people in the government who did things that tried to prevent him [Trump] from becoming the president, will it really make a difference given this divided nation?  Those who support Trump are familiar with the Deep State conspiracy to destroy Trump, while those on the Left have been brainwashed into believing that Trump is the evil one who is out to destroy this nation.  When the president heard about what the book revealed, Trump told the authors:  “If this would have happened to Barack Obama it would have been called treason and those involved would have been in jail.”

Calvin Coolidge,our 30th U.S. president, took office on August 3, 1923, following the sudden death of President Warren G. Harding (1865-1923), whose administration was riddled with scandal.  Coolidge cleaned up the corruption of the Harding administration, was a pro-business conservative, and favored tax cuts.  Now I ask you, doesn’t Coolidge sound like President Donald Trump?

We have a president who is doing more to Make America Great Again than any president in my lifetime.  The next two years will indeed be rocky, but the Trump administration must remain focused on Trump’s reelection in 2020.  There is good reason to believe that the House Democrats will overplay their hand to show their true colors.

May President Trump continue to follow what Coolidge said when pushing back in his administration:

“I have found it advisable not to give too much heed to what people say when I am trying to accomplish something of consequence. Invariably they proclaim it can’t be done. I deem that the very best time to make the effort.”

What You Need to Know is Ray Epps was in on it! Who is Ray Epps? Congressman Jamie Raskin gave us the answer after the prompting by Congressman Thomas … END_OF_DOCUMENT_TOKEN_TO_BE_REPLACED

Phyllis Schlafly Eagles · September 27 | Do Politicians Care About Teachers? Promises are easy to make and hard to keep, especially in politics. If … END_OF_DOCUMENT_TOKEN_TO_BE_REPLACED

What You Need to Know is Giorgia Meloni Wins in Italy! Italy just had its elections this week and Giorgia Meloni won and will become the new Prime … END_OF_DOCUMENT_TOKEN_TO_BE_REPLACED

What You Need to Know about Three big things happening this week! 1) Merrick Garland's appearance is weak and career-ending. He will likely be out of … END_OF_DOCUMENT_TOKEN_TO_BE_REPLACED

Phyllis Schlafly Eagles · #WYNK: Be A Doer — Kitty Werthmann | July 15, 2022 #ProAmericaReport The following is a transcript from the Pro America … END_OF_DOCUMENT_TOKEN_TO_BE_REPLACED

What You Need to Know is the media is finally reporting on the Southern Border! Governor Ron DeSantis and Governor Greg Abbott are forcing the media … END_OF_DOCUMENT_TOKEN_TO_BE_REPLACED

Phyllis Schlafly Eagles · #WYNK: Who Is Congressman Troy Nehls? | September 28, 2022 #ProAmericaReport The following is a transcript from the Pro … END_OF_DOCUMENT_TOKEN_TO_BE_REPLACED

Phyllis Schlafly Eagles · September 28 | The Politicization of the School Lunchroom There are all kinds of labels on food these days. You may have … END_OF_DOCUMENT_TOKEN_TO_BE_REPLACED

What You Need to Know is The Narrative Machine is Obsessed with Trump! First, it used to be called the Trump Exhaustion Syndrome now the left is … END_OF_DOCUMENT_TOKEN_TO_BE_REPLACED

Phyllis Schlafly Eagles · September 20 | LIV Golf Delivers a Hole in One LIV Golf has appeared as the foremost competitor to the PGA, which has led … END_OF_DOCUMENT_TOKEN_TO_BE_REPLACED

What You Need to Know about Priorities & America First. Phyllis Schlafly would give awards to significant people in her life. On these awards … END_OF_DOCUMENT_TOKEN_TO_BE_REPLACED