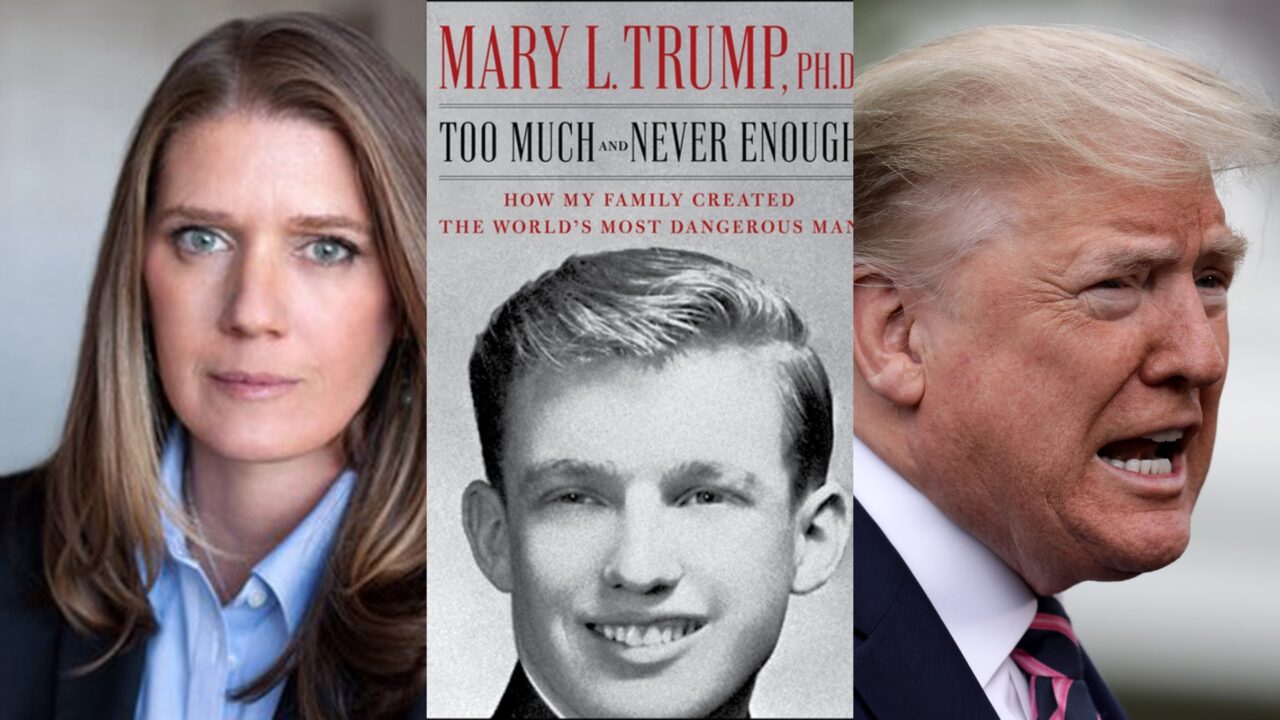 President Trump’s Hillary-supporting niece made waves by releasing a scandalous tell-all biography about our commander-in-chief. Mary L. Trump had been publicly silent about our president throughout his tenure in office, so her book appears timed to exploit the publicity of her uncle’s reelection campaign. It is hardly credible to think that this disgruntled family member, long estranged from her Uncle Donald, has something fair to say about him. It’s hard to imagine an unbiased account from a book subtitled “How My Family Created The World’s Most Dangerous Man.”

Mary Trump is as biased a relative as anyone could be. She felt shortchanged by a family property settlement after bitter litigation, and she is politically opposed to Donald Trump, too. Mary’s father Fred Jr. died from an alcohol-related heart attack after becoming an airline pilot. Donald Trump frequently speaks graciously of Mary’s father, while noting that his brother’s tragic fate motivated him, President Trump, to never drink alcohol.

While President Trump speaks highly of his relatives, the media desperately gives a platform to anyone willing to criticize our president. Their promotion of a fictionalized book by a disgruntled relative is beyond the pale. However, with Mary Trump being a psychologist in New York City, the media thought she would be the perfect person to give some kind of credibility to their bogus claims that President Trump is omehow mentally unstable. They get their story, but the whole book only contains a small handful of interactions between the author and her Uncle Donald. No real professional would consider her diagnosis to carry any water. Even anti-Trump outlets like the Daily Beast admit the book is more fantasy than fact.

This whole debacle is a case study in how money corrupts political discourse. Mary Trump obviously wrote this book to capitalize on gossip about her famous uncle. Writers, journalists, and elected officials are supposed to hold the truth to be a sacred virtue. Don’t blindly trust these “professionals.” Each of us must diligently pursue the truth ourselves.

Proving once again that he is in touch with ordinary Americans, Donald Trump selected education for the first video message of his 2024 presidential … END_OF_DOCUMENT_TOKEN_TO_BE_REPLACED

Phyllis Schlafly Eagles · #WYNK: Trump's Record is Baked In | January 30, 2023 #ProAmericaReport The following is a transcript from the Pro … END_OF_DOCUMENT_TOKEN_TO_BE_REPLACED

Phyllis Schlafly Eagles · February 8 | Leftist Hollywood's Downward Spiral Looking back on 2022, it is plain to see that Democrat-dominated … END_OF_DOCUMENT_TOKEN_TO_BE_REPLACED

The Deep State in Washington, D.C. just offered to debrief Trump Administration officials about the hot air balloons that have invaded our airspace … END_OF_DOCUMENT_TOKEN_TO_BE_REPLACED