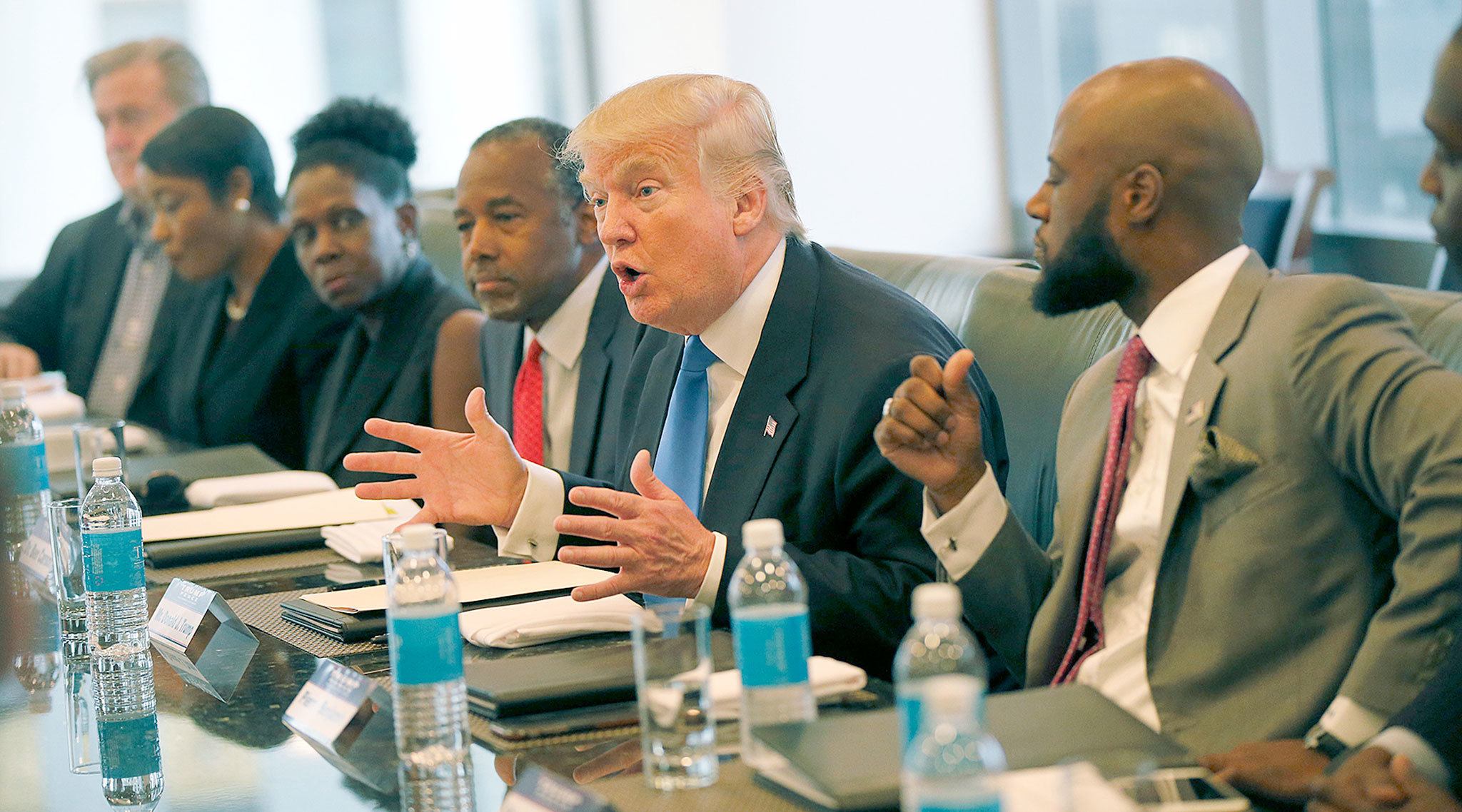 Prior Republican presidents let their opponents and the media set the agenda.  The more liberal the GOP president, the more he took his daily cues from television and newspapers controlled by the Left.

Trump won’t let himself be trapped in that mold.  He tweets out what he wants people to talk about. He constantly has his opponents scrambling to respond to what Trump says, not the other way around. That’s how Trump directed national attention to Baltimore, a city where help is badly needed.  A few years ago the Baltimore Orioles even played a baseball game without allowing fans to attend, because it was too dangerous outside of the stadium.

Liberals are quick to throw around the smear “racist,” but they did not react that way when Bernie Sanders compared West Baltimore to a third world country during his last campaign for president.  How can Trump’s criticisms be racist, but Sanders’ not be? Trump did not back down from his stand.  Even when the entire liberal machine came down on him, he tweeted, “Nothing will get done for the people in need … Sad!”

Trump’s comments create the opportunity for something to be done because he embarrassed Democrats who spend more time worrying about the cleanliness of centers for illegal aliens than the rampant violence and poverty among their own constituents.

Other cities are just as bad as Baltimore.  Downtown St. Louis has been on a downward spiral for years, also under Democrat leadership. It’s good that all of these liberal city folk have a president who cares much more about them than they do about him.

Every day of every week, President Trump frames the issues for the press with his early morning tweets. This is far more effective than other Republican politicians who wait for criticism by the other side, and then merely react to it.

Other Republicans should take a cue from Trump. You don’t have to play by their rules. Once you decide that the narrative is yours to control, the media is powerless to stop you. America’s city dwellers should be glad they have a steadfast advocate in President Donald Trump.

Phyllis Schlafly Eagles · December 9 | Are Supporters of America First Scrooges? It’s going to be a long, cold winter in the United States, but … END_OF_DOCUMENT_TOKEN_TO_BE_REPLACED

Phyllis Schlafly Eagles · February 8 | Leftist Hollywood's Downward Spiral Looking back on 2022, it is plain to see that Democrat-dominated … END_OF_DOCUMENT_TOKEN_TO_BE_REPLACED

What You Need to Know is Tucker is allowing the will of the people to be heard! When a huge block of Republicans and so-called conservatives are … END_OF_DOCUMENT_TOKEN_TO_BE_REPLACED

Proving once again that he is in touch with ordinary Americans, Donald Trump selected education for the first video message of his 2024 presidential … END_OF_DOCUMENT_TOKEN_TO_BE_REPLACED

Phyllis Schlafly Eagles · #WYNK: Trump's Record is Baked In | January 30, 2023 #ProAmericaReport The following is a transcript from the Pro … END_OF_DOCUMENT_TOKEN_TO_BE_REPLACED

The Deep State in Washington, D.C. just offered to debrief Trump Administration officials about the hot air balloons that have invaded our airspace … END_OF_DOCUMENT_TOKEN_TO_BE_REPLACED