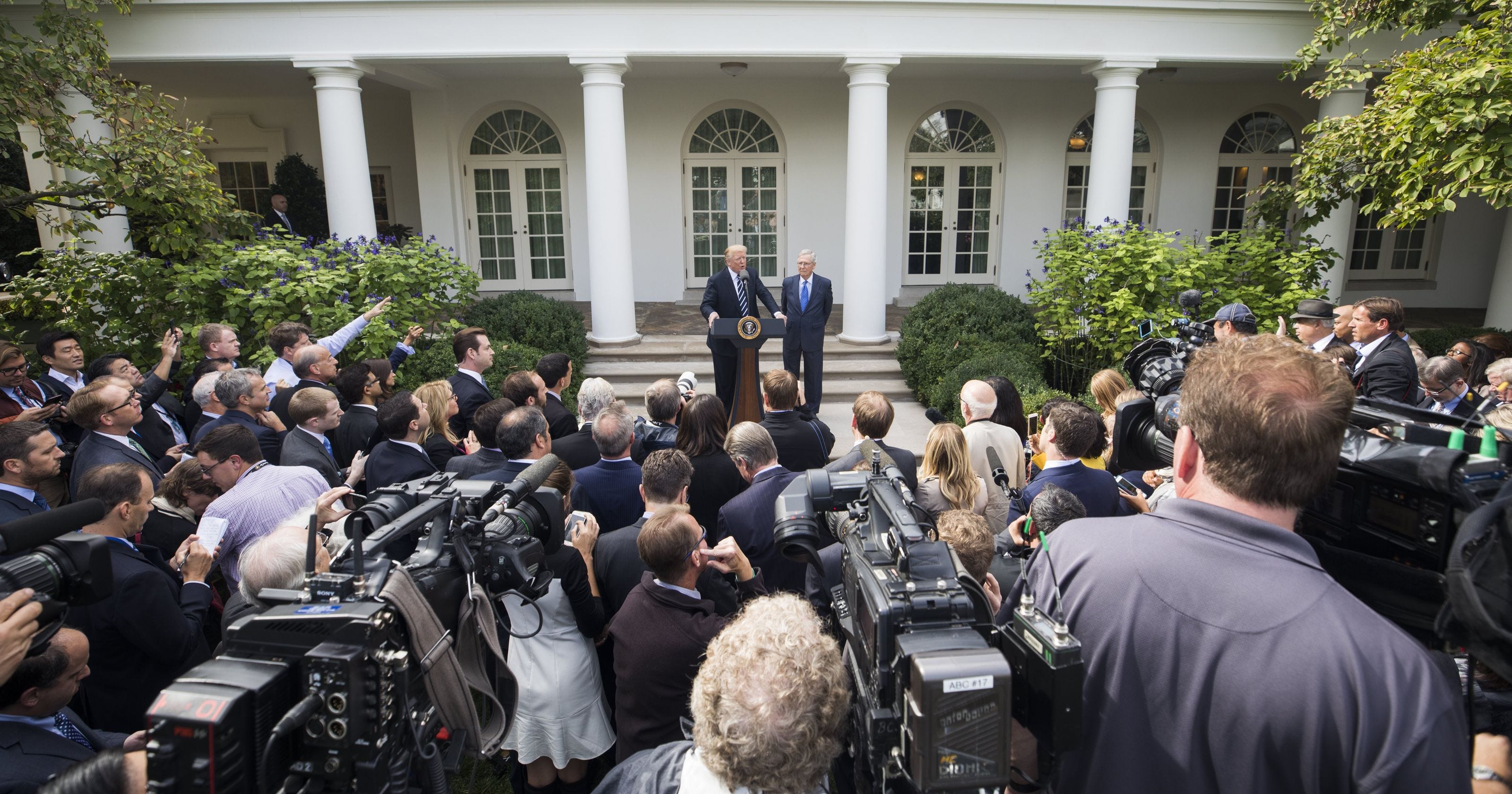 For years the Washington Post and the New York Times set the agenda for the White House, even when there was a Republican president. White House staff were assigned to read those newspapers each morning and then reports would be given to the president and vice president so they could plan their statements accordingly. After four or eight years of that process, it was difficult to point to any long-term accomplishments by these Republican administrations.  But Trump is showing us how important it is to take initiative in dealing with a hostile Congress and media. Phyllis Schlafly often emphasized the importance of being able to define the terms of a debate.  Trump is successfully taking a similar approach.

Democrats just can’t keep up with the force of Trump’s narrative. Even leftist activists are starting to realize that Democrats just can’t beat Trump. A prime example of this is Michael Moore, who you might know as the guy who made a conspiracy theory movie against George W. Bush. Moore desperately wants Trump to lose in 2020 but even he admits Trump will win.  He has been critical of the Democratic front-runner Joe Biden as an opponent of Trump next fall.

Moore lambasted his fellow Dems for trying to set an agenda based on Robert Mueller.  He called Mueller a “A frail old man, unable to remember things, stumbling, refusing to answer basic questions.” Moore then turned turned up the heat and decried “All you pundits and moderates and lame Dems who told the public to put their faith in the esteemed Robert Mueller.” Michael Moore was so spot-on in his rebuke of Mueller and the Democrats that Trump retweeted Moore’s comments, chuckling all the way about how even Michael Moore agrees with him.

There is no one among the two dozen candidates vying for the Democratic nomination who can match Trump’s ability to reach and connect with the American public. Instead, the Democrats are relegated to the second-class status of continually responding to the issues Trump wants them to talk about, starting with Baltimore and the horrible condition of our Democrat-controlled inner cities.

What You Need to Know is Tucker is allowing the will of the people to be heard! When a huge block of Republicans and so-called conservatives are … END_OF_DOCUMENT_TOKEN_TO_BE_REPLACED

What You Need to Know is the Qatar-Europe NGO scandal continues! These global schemes with millions of dollars flowing through non-government … END_OF_DOCUMENT_TOKEN_TO_BE_REPLACED

Proving once again that he is in touch with ordinary Americans, Donald Trump selected education for the first video message of his 2024 presidential … END_OF_DOCUMENT_TOKEN_TO_BE_REPLACED

Phyllis Schlafly Eagles · #WYNK: Trump's Record is Baked In | January 30, 2023 #ProAmericaReport The following is a transcript from the Pro … END_OF_DOCUMENT_TOKEN_TO_BE_REPLACED

What You Need to Know is Trump’s record is baked in. He’s already been torn apart every which way and his record stands with all the things you like … END_OF_DOCUMENT_TOKEN_TO_BE_REPLACED

Phyllis Schlafly Eagles · February 3 | "Woman" Is the Word of the Year The internet is a powerful tool that most of us use every day. … END_OF_DOCUMENT_TOKEN_TO_BE_REPLACED