Washington, D.C.:  Former special prosecutor Robert Mueller is scheduled to appear at two congressional hearings tomorrow. Without a doubt, he’s absolutely out of line to give further testimony on his report. It was released in full, but Democrats continue to shame the legislative branch with these antics.

“The Mueller Nothing Burger Report has already been analyzed to death. There’s no other way to say it: no collusion and no obstruction,” said Ed Martin, president of Phyllis Schlafly Eagles. “This is the second time Mueller has helped Democrats put their thumb on the scales of justice. Despite finding no evidence, they continue to twist their own facts to make Trump guilty of anything and everything.

“Democratic House Committees are an embarrassment to our republic. Robert Mueller’s shameful misconduct in this political hit job cannot be allowed to stand. The Swamp must be drained.”

What You Need to Know is Mom first! Life begins at conception. But what if the pro-life movement reframed the battle. What if we advertised that life … END_OF_DOCUMENT_TOKEN_TO_BE_REPLACED

What You Need to Know is a lesson on documents and double standards. Suddenly everyone has classified documents and everyone is spinning the stories … END_OF_DOCUMENT_TOKEN_TO_BE_REPLACED

Phyllis Schlafly Eagles · #WYNK: Documents and Double Standards | January 24, 2023 #ProAmericaReport The following is a transcript from the Pro … END_OF_DOCUMENT_TOKEN_TO_BE_REPLACED

What You Need to Know is thank Trump for the end of Roe v. Wade. As great as the March for Life was last week and excited as my family was to … END_OF_DOCUMENT_TOKEN_TO_BE_REPLACED 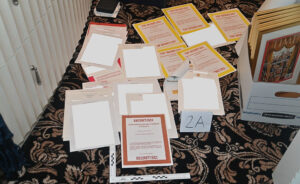 For Immediate Release: January 26, 2022Contact: Ryan Hite, Communications Director Solution Staring Us In the Face to Save American Lives: Shut the … END_OF_DOCUMENT_TOKEN_TO_BE_REPLACED