What You Need To Know is Facebook and Twitter are working to tip the scale! A New York Times story came out this week on Hunter Biden’s lucrative relationship with a Ukrainian energy company but Facebook and Twitter won’t show it. Their reasoning is that the story hasn’t been “verified”. Yes, we can question the timeline for when the evidence was received and if it was ethical but we do know there were illegal dealings happening. Big Tech will do anything to make it so Trump won’t win reelection. We are thankful for men like Sen. Josh Hawley who stands up to Big Tech! \

Judge Jeanine Pirro, host of Justice with Judge Jeanine on the Fox News Channel, talks about her new book Don’t Lie to Me: And Stop Trying to Steal Our Freedom. Judge Pirro has known President Trump for decades and she shares some fond memories.

Adam Mill, writer at American Greatness, talks about his recent article Why Doesn’t It Feel Like Biden is Winning? Adam talks about the elections and how we have to wonder if the polling is being done correctly. Check out more of his writings at AmGreatness.com.

What You Need to Know is the Narrative Machine is out of control. It’s truly stunning, the lengths they’ll go to to stop us from talking about … END_OF_DOCUMENT_TOKEN_TO_BE_REPLACED

What You Need to Know is Governor Andrew Cuomo is getting canceled by his own party! The left is willing to get rid of anyone they don’t need. A … END_OF_DOCUMENT_TOKEN_TO_BE_REPLACED 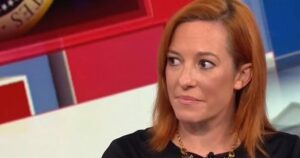 What You Need to Know is Texas is reopening! Governor Abbott has opened Texas 100% and ended the mask mandate. Texas is a leading state in regards to … END_OF_DOCUMENT_TOKEN_TO_BE_REPLACED

After 40 days offstage, Donald Trump returned to the national spotlight on Sunday, and not a moment too soon. His rip-roaring, 90-minute address to … END_OF_DOCUMENT_TOKEN_TO_BE_REPLACED

What You Need to Know is Trump achieved two things at CPAC: 1) He solidified his leadership of the Republican Party and said that he will not support … END_OF_DOCUMENT_TOKEN_TO_BE_REPLACED

What You Need to Know is Nancy Pelosi is trying to seize control of our national elections. H.R. 1 (her number 1 priority) has two main thrusts: 1) no photo ID requirement in any election that involves the federal level and 2) no verification of U.S. citizenship when registering to vote. We have a problem […]

What You Need to Know is to read Gen. Mike Flynn’s statement “America First: Election Integrity and Get Involved.” We must get to the bottom of what happened. Every singe day, the Narrative Machine is trying to get us to stop looking at and talking about what happened on November 3rd. The AP and others are […]

What You Need to Know is the Fake News Media needs Trump! They need a crisis to report on and recently the next best thing from beating on Trump is beating up on governors. Not much is being said about President Biden even though he is dramatically transforming our country and confirming some very radical […]