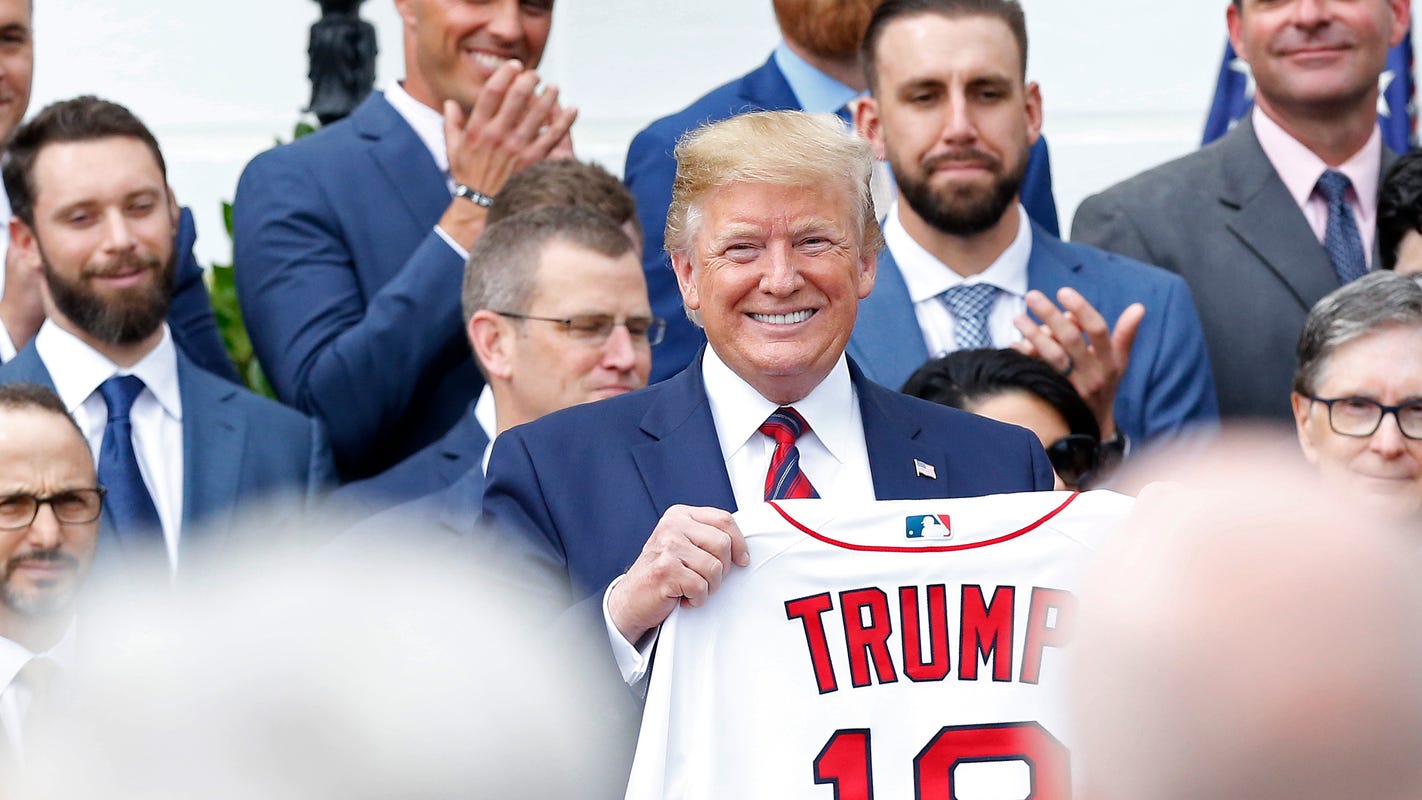 Trump continued a presidential tradition by inviting the world champion Washington Nationals to the White House. Trump got to see the victorious Nats in action when he attended Game 5 of the World Series earlier this year. It should come as no surprise that the media tried to turn even that innocent gesture into a political firestorm when Trump was booed by some Nats fans at the game. Nobody should be surprised that Trump was booed by the Swamp on their home turf. Trump lost DC’s three electoral delegates by a margin of 91% to 4% because he hasn’t been corrupted by the Swamp’s trappings.

What is surprising is that Nats catcher Kurt Suzuki had the guts to don a Make America Great Again hat on his White House visit. Not only does Suzuki play for the wildly anti-Trump District of Columbia, but he also hails from Hawaii, which is not exactly known as a bastion of conservatism either. First baseman Ryan Zimmerman presented a “TRUMP 45” baseball jersey to the 45th President. He thanked Trump for “continuing to make America the greatest country to live in the world.” These baseball players showed the dignity, class, and patriotism that characterizes America’s favorite pastime.

The Nationals’ principal owner and 18 of its 25 players attended, despite liberal pressure to boycott the event. The handful of players who skipped this ceremony mostly did not say why, but pitcher Sean Doolittle used his non-attendance as a platform from which to hurl insults at the president.

At the end of the day, the American people see these baseball players for what they are. Most of the players were willing to put politics aside to honor their dedication to America’s favorite pastime in the People’s House. A few players caught up in the perpetual outrage of the liberal left just couldn’t help but make anything and everything about politics. The narrative of the left may say President Trump is the one who is dividing the nation, but just take a look at whose politicizing baseball. Democrats have been and always will be the party of division.

Proving once again that he is in touch with ordinary Americans, Donald Trump selected education for the first video message of his 2024 presidential … END_OF_DOCUMENT_TOKEN_TO_BE_REPLACED

Phyllis Schlafly Eagles · #WYNK: Trump's Record is Baked In | January 30, 2023 #ProAmericaReport The following is a transcript from the Pro … END_OF_DOCUMENT_TOKEN_TO_BE_REPLACED