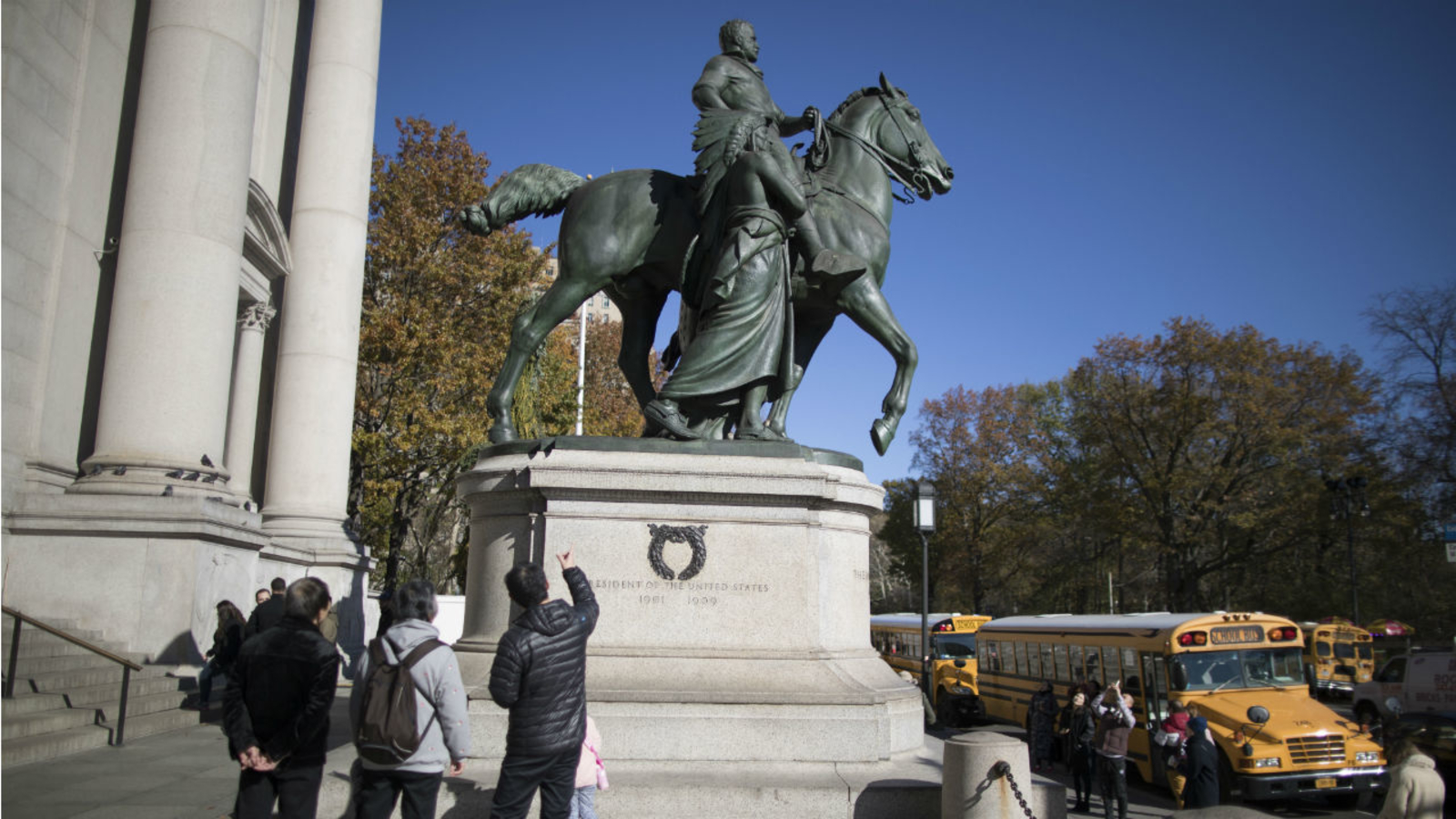 Compromise has a rich history American politics, but conservatives need to know that leftists will never be satisfied. As soon as President Trump took office, liberals suddenly decided monuments and statues of Confederate soldiers are racist. Many of these monuments had been standing for generations, but no one seemed to find the alleged racism when Barack Obama was president.

The mob continues to depose statues of other great historical figures, including George Washington, father of our nation; Francis Scott Key, author of our national anthem; Father Junipero Serra, the humble Franciscan friar who brought Christianity to California; and even Christopher Columbus, who started it all in America in 1492.

The victims of this outbreak of anarchism were not promoters of slavery. Teddy Roosevelt, for example, was born in New York City merely two years before the Civil War started, but Democrats have agreed to remove a remarkable statue of him outside its famed American Museum of Natural History.

Thomas Jefferson, meanwhile, was the man who penned the revolutionary phrase “all men are created equal” in our Declaration of Independence. Jefferson’s words were instrumental in ending slavery. Ironically, it was white leftists in Portland, Oregon who used an ax to tear down a statue of Jefferson. Portland is one of the least diverse cities in the nation, yet it has the audacity to accuse great Americans of racism.

This is not really about a sculpture or a monument, of course. It is an attempt to make America the laughingstock of the world. It’s about making the next generation of Americans ashamed of their history, so they will turn to leftist fairy tales rather than embracing the rich faith of our Founding Fathers.

Smashing statues is a very physical manifestation of the dark forces that want to destroy our nation from the foundation upward. If patriots want to continue a legacy of faith, family, and freedom, we must take the title “conservative” seriously. We have to conserve our history, embracing the good and learning from the bad. Honoring history is a critical part of who we are as Americans.

What You Need to Know is we are in a proxy war with Russia. Until now, we’ve been able to at least try to say we have given Ukraine defense weapons … END_OF_DOCUMENT_TOKEN_TO_BE_REPLACED

What You Need to Know is a lesson on documents and double standards. Suddenly everyone has classified documents and everyone is spinning the stories … END_OF_DOCUMENT_TOKEN_TO_BE_REPLACED

What You Need to Know is to thank the Freedom 20 who took up the House Speaker fight last week. Get the list here — it only takes 3-5 minutes … END_OF_DOCUMENT_TOKEN_TO_BE_REPLACED

Phyllis Schlafly Eagles · February 3 | "Woman" Is the Word of the Year The internet is a powerful tool that most of us use every day. … END_OF_DOCUMENT_TOKEN_TO_BE_REPLACED