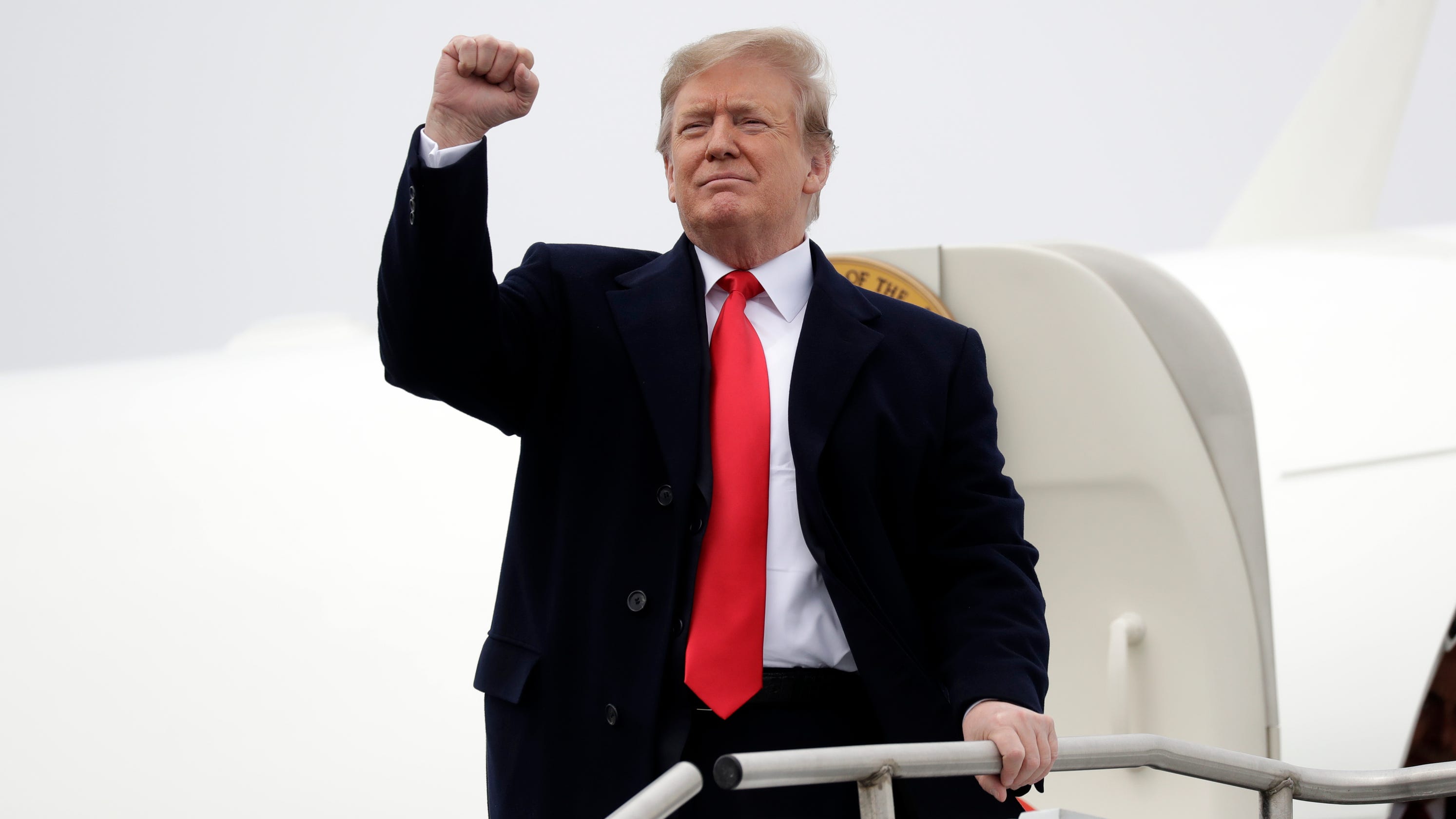 In case you couldn’t tell, due process isn’t too popular with the left these days. The same people who proclaim Americans guilty of hate crimes without trial and smeared Brett Kavanaugh without evidence are now trying to declare our president guilty of heinous crimes despite considerable evidence to the contrary.

With the testimony of just one anonymous whistleblower, the left declared Trump guilty of asking Ukraine’s president to give him dirt on his political opponents on a state phone call. Of course, these accusations are totally phony. Ukraine’s president fully exonerated President Trump amid the false accusations by House Democrats. Trump released the full transcript of the call to the public, with no evidence of misconduct to be seen.

Trump is still not receiving the due process and constitutional rights he is entitled to. He tweeted “Like every American, I deserve to meet my accuser, especially when this accuser, the so-called ‘Whistleblower,’ represented a perfect conversation with a foreign leader in a totally inaccurate and fraudulent way.”

The Sixth Amendment in the Bill of Rights guarantees the basic right of an accused to confront someone who makes accusations against him.  Yet Trump is being denied this fundamental right while the Deep State circles its wagons to bring down the president.

It does not matter to the Trump haters that a nothing-burger is at the center of this phony scandal.  In this power struggle, Trump’s enemies don’t care what the facts are. All they want to do is use the process to swing public opinion in their direction. But Trump’s political base remains rock solid, and smears from the Left are not going to alienate his longtime supporters.  Trump himself shows no signs of backing down. We all know he’s at his best when under political attack.

The liberal Democrats have given Trump the means by which he can galvanize the American people, who are already fed up with the inside-the-Beltway mentality that prevails in the halls of Congress.  Trump tweeted out a map of American counties which voted for him in 2016, and it is a massive sea of red showing his broad support. If the Democrats keep this up, you can expect to see even more red in 2020.

What You Need to Know is Tucker is allowing the will of the people to be heard! When a huge block of Republicans and so-called conservatives are … END_OF_DOCUMENT_TOKEN_TO_BE_REPLACED

What You Need to Know is the Qatar-Europe NGO scandal continues! These global schemes with millions of dollars flowing through non-government … END_OF_DOCUMENT_TOKEN_TO_BE_REPLACED

Proving once again that he is in touch with ordinary Americans, Donald Trump selected education for the first video message of his 2024 presidential … END_OF_DOCUMENT_TOKEN_TO_BE_REPLACED

Phyllis Schlafly Eagles · #WYNK: Trump's Record is Baked In | January 30, 2023 #ProAmericaReport The following is a transcript from the Pro … END_OF_DOCUMENT_TOKEN_TO_BE_REPLACED

What You Need to Know is Trump’s record is baked in. He’s already been torn apart every which way and his record stands with all the things you like … END_OF_DOCUMENT_TOKEN_TO_BE_REPLACED

Phyllis Schlafly Eagles · February 3 | "Woman" Is the Word of the Year The internet is a powerful tool that most of us use every day. … END_OF_DOCUMENT_TOKEN_TO_BE_REPLACED