Can Western civilization survive? Does it even still exist? Liberal intellectuals have already retired that term to the proverbial “ash heap of history.” 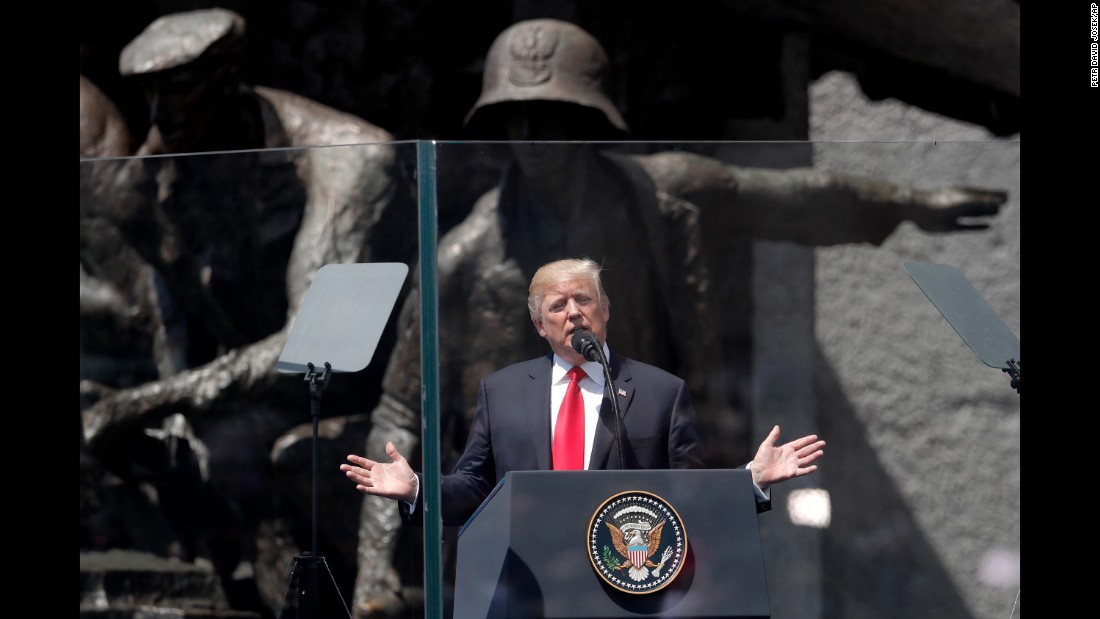 The riches of our Western heritage are no longer taught in schools, studied in colleges, or cited by our political leaders. The media insist on exaggerated gestures toward diversity and multiculturalism, denigrating “dead white males” and the English language, and constantly (but inaccurately) describing the United States as a “nation of immigrants.”

With one powerful speech, President Trump has changed the terms and tone of the entire discussion. He has made it not just acceptable, but necessary to speak and act in defense of the Western culture that made America.

Trump’s historic speech in July in Poland was of the same importance as Winston Churchill’s “Iron Curtain” speech in 1946, marking the the beginning of the Cold War, and Ronald Reagan’s “Tear Down This Wall,” which led to America’s victory in that war.

“The fundamental question of our time is whether the West has the will to survive,” Trump challenged Europe and America, adding, “Do we have enough respect for our citizens to protect our borders?” The crowd was so enthusiastic for President Trump that one might have thought he was back in the States leading one of his own campaign rallies. The flag-waving Poles frequently interrupted Trump’s speech with cheers and chants.

“We are confronted by another oppressive ideology – one that seeks to export terrorism and extremism all around the globe. America and Europe have suffered one terror attack after another. We’re going to get it to stop,” Trump pledged to applause.

“We can have the largest economies and the most lethal weapons anywhere on Earth, but if we do not have strong families and strong values, then we will be weak and we will not survive,” Trump observed.

“Our own fight for the West does not begin on the battlefield – it begins with our minds, our wills, and our souls.” Trump explained: “our freedom, our civilization, and our survival depend on these bonds of history, culture, and memory.”

The dramatic exit last Friday by Rep. John Katko (R-NY), who announced he would not run for reelection, may have shocked liberals but was no surprise … END_OF_DOCUMENT_TOKEN_TO_BE_REPLACED

What You Need To Know is this crime wave is intentional. Guest Host Andrea Kaye describes disturbing reports about a massive crime rate and murder … END_OF_DOCUMENT_TOKEN_TO_BE_REPLACED

If the education establishment wants to know why public schools don't get much respect from our citizenry, they need look no further … END_OF_DOCUMENT_TOKEN_TO_BE_REPLACED

Robert Strange McNamara belongs on the daytime soap operas. Better yet, his histrionics belong on Donahue or Geraldo or Sally Jesse Raphael. We are … END_OF_DOCUMENT_TOKEN_TO_BE_REPLACED

What You Need to Know is life matters across the board because it’s a great gift from God. The moment we’re in for the life movement is really key, … END_OF_DOCUMENT_TOKEN_TO_BE_REPLACED