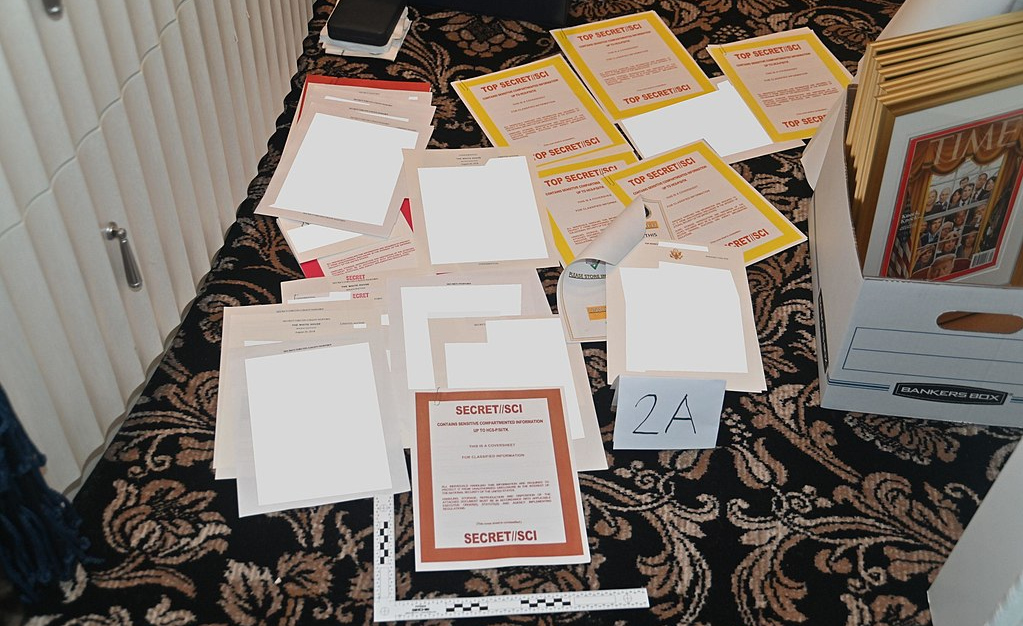 At a rally in Ohio, Donald Trump pointed out that while Atlanta has one of the highest per capita murder rates in the country, the political persecution of him there is what Democrats spend their time on. In Florida, “the raid of Mar-a-Lago in the document hoax case” never happened to any other president.

Dems insinuated that Trump may have had nuclear codes in the dusty boxes of documents taken by the hoard of federal agents who stormed his residence. Trump, the president who got us out of wars and made the world a safer place, was supposedly harboring nuclear codes from his time in office even though for security purposes those codes would have changed many times since he departed.

“Maybe our country would be better off if I actually had the nuclear codes,” Trump quipped, because then our enemies would actually fear us.  Instead, Biden has placed us where we “could end up with another” nuclear war in the Russia-Ukraine conflict that never would have happened if Trump were president.

“The damage that Joe Biden has done to our nation in two short years” is worse than the five worst presidents in American history, Trump said. He then called on the crowd of Ohio voters that he was speaking to to “Remember when Biden came here and said it’s great to be with the people of Michigan?” Dismayed, Trump stated that in foreign countries “we are dealing with people who are at the absolute top of their game,” who have nuclear weapons.  Biden has made this “the most dangerous time in the history of our country.”

Of course, the rumors from fake news outlets about Trump keeping nuclear secrets turned out to be completely false, not that you would have seen a retraction anywhere. Still, this kind of fear-mongering is the same sort of trickery that backfired on the Narrative Machine in 2016. I, for one, am tired of hearing about how a second Trump presidency would bring about a literal nuclear apocalypse. As Trump capably points out, a first Biden presidency is already doing quite enough to hurt the American people.

Phyllis Schlafly Eagles · #WYNK: Documents and Double Standards | January 24, 2023 #ProAmericaReport The following is a transcript from the Pro … END_OF_DOCUMENT_TOKEN_TO_BE_REPLACED

What You Need to Know is a lesson on documents and double standards. Suddenly everyone has classified documents and everyone is spinning the stories … END_OF_DOCUMENT_TOKEN_TO_BE_REPLACED

What You Need to Know is that about political hit jobs against lawyers. Conservative lawyers who stand up for truth and transparency are being … END_OF_DOCUMENT_TOKEN_TO_BE_REPLACED

What You Need to Know is thank Trump for the end of Roe v. Wade. As great as the March for Life was last week and excited as my family was to … END_OF_DOCUMENT_TOKEN_TO_BE_REPLACED

For Immediate Release: January 26, 2022Contact: Ryan Hite, Communications Director Solution Staring Us In the Face to Save American Lives: Shut the … END_OF_DOCUMENT_TOKEN_TO_BE_REPLACED

What You Need to Know is we are in a proxy war with Russia. Until now, we’ve been able to at least try to say we have given Ukraine defense weapons … END_OF_DOCUMENT_TOKEN_TO_BE_REPLACED