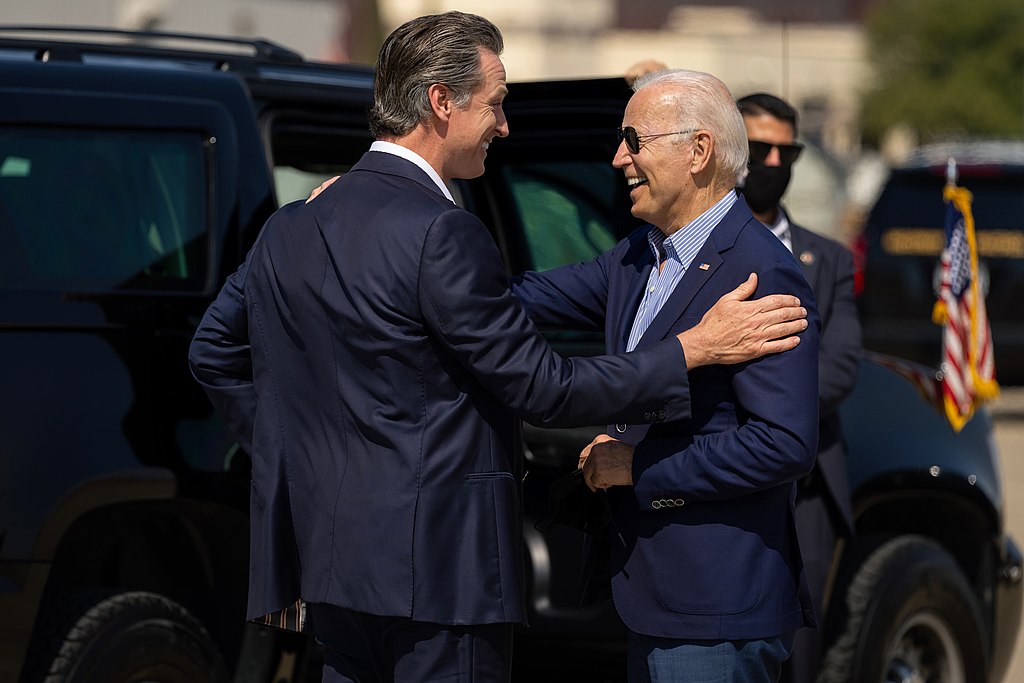 Many suspect California Governor Gavin Newsom of vaccine injury denial during his unexplained disappearance for nearly two weeks after his booster shot. This disappearance also coincided with a decision by a unanimous panel of the U.S. Court of Appeals for the Fifth Circuit to block President Biden’s nationwide mandate that private employers require Covid vaccination.

Newsom has been among the worst of the worst in forcing vaccination on others. He took his booster shot in promotion of everyone else doing likewise. But then he canceled appearances and vanished without fully explaining why to the public.

Unlike Newsom, most Americans do not have the luxury of taking off two weeks because of an adverse reaction to a vaccine or its booster shot. Truck drivers, for example, cannot typically afford to sit at home for two weeks while recovering from a vaccine-induced injury. Perhaps that is why many truck drivers oppose vaccine mandates, as does the star NFL quarterback Aaron Rodgers. He declared the “woke mob” is after him now that he announced that he declined the Covid vaccine.

Whether Governor Newsom really did experience complications from the booster shot or just took an out-of-the-blue unscheduled vacation, the fact remains that a significant number of Americans really are experiencing complications from the vaccine. To be perfectly fair, it is also a fact that many do not have complications. How individual Americans react to these facts should be a matter for themselves, their families, and their doctors. No government body should remove that choice.

A foundational principle of American governance is that adults should have access to relevant information and should be empowered to make their own decisions. To that end, the medical community should be totally transparent about the risks associated with the vaccine. The more they try to cover up instances of complications, the more people will resist the vaccine.

Transparency, not top-down mandates, is the cure that the left is looking for with regards to hesitancy. Sadly, transparency is not a value often embraced by the left. If you don’t believe me, just ask the curiously tight-lipped Governor Gavin Newsom.

What You Need to Know is Europe is setting up their own CIA. The public claims are that this is to fight Chinese spying, but the reality is this new … END_OF_DOCUMENT_TOKEN_TO_BE_REPLACED

What You Need to Know is that the government is destroying people’s lives over a political narrative. You need to understand the realities of the Jan. … END_OF_DOCUMENT_TOKEN_TO_BE_REPLACED

What You Need to Know is Fauci retires from the Covid Industrial Complex! He’s sneaking out under the cover of Thanksgiving and a no-news week. He … END_OF_DOCUMENT_TOKEN_TO_BE_REPLACED

What You Need to Know about the Red Tsunami! Turnout for the November, 8th, 2022 midterm election will be high. Be on the lookout for fraud. But we … END_OF_DOCUMENT_TOKEN_TO_BE_REPLACED

Phyllis Schlafly Eagles · December 2 | The Past, Present, and Future of the War on Christmas Haul out the holly and bring out the boxing gloves. … END_OF_DOCUMENT_TOKEN_TO_BE_REPLACED

Phyllis Schlafly Eagles · December 1 | We Need More Badges Herschel Walker had an iconic moment in a debate with Sen. Raphael Warnock when he … END_OF_DOCUMENT_TOKEN_TO_BE_REPLACED