What You Need To Know is I wrote another book! This book is called Top 100 Trump Promises Made, Promises Kept. Get your copy for just $5 dollars right now at PMPK2020.com. This is yet another tool I created for you. We have to do a better job at arming ourselves for the 2020 elections. Make sure to share the book with your friends and family so they can be prepared as well!

Idaho Representative Tammy Nichols, talks about how Idaho’s House of Representatives Votes to End Coronavirus Emergency EFFECTIVE IMMEDIATELY. Tammy talks about Trump’s chances in the west and about his recent rally in Reno, Nevada.

Woody Woodrum, founder of the California Screaming Eagles, talks about the elections in California and how COVID has made it difficult for campaigning. Also, more and more people are getting behind Trump.

Wrap up: Check out this article written by Adam Milstein – Defining antisemitism as a Jewish problem is a lose-lose proposition.

What You Need To Know is what the Flynn case has revealed! Gen. Flynn’s case has been dragged out but it’s allowing things to be revealed that We the … END_OF_DOCUMENT_TOKEN_TO_BE_REPLACED

What You Need To Know is today is Constitution Day! President Trump gave an extraordinary 20 minute speech talking about the history of the country, … END_OF_DOCUMENT_TOKEN_TO_BE_REPLACED

Phyllis Schlafly Eagles · September 15 | Call The Mask Police! As Americans grapple with the issues of COVID-19, many think face masks are the … END_OF_DOCUMENT_TOKEN_TO_BE_REPLACED 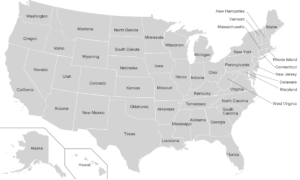