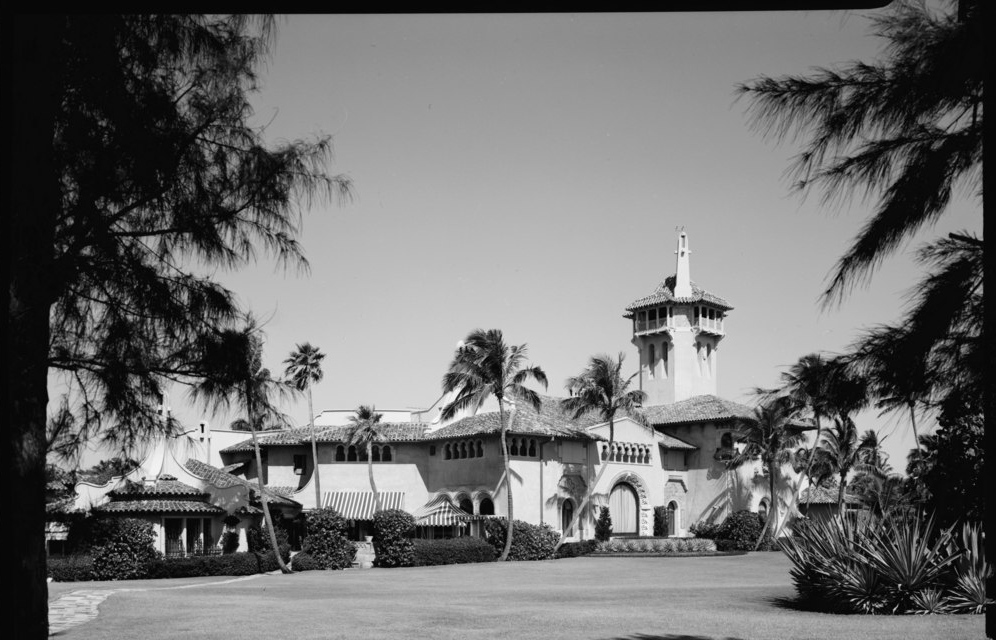 By launching a surprise attack on President Trump’s home in Florida while Trump was away, the Biden Administration has breached even its own low standard for decency. Biden’s Attorney General Merrick Garland should resign immediately for allowing it.

During the raid, Trump made known that, “My beautiful home, Mar-a-Lago, is currently under siege, raided, and occupied by a large group of FBI agents. They even broke into my safe!” Although Trump and his family were able to watch the raid taking place on the residence’s security cameras, Trump’s lawyers were not allowed to be present, a fact that reeks of misconduct on the part of the FBI. The supposed pretext for this raid—to recover some obscure old presidential papers for the National Archives—cannot be taken seriously. Such a trivial pursuit would hardly justify this unprecedented assault and the massive federal resources thrown at it.

The real reason for this raid on Trump is as plain as the advancing dementia on Joe Biden’s addled face. Joe Biden’s presidency has brought a series of humiliating defeats for the United States. The Taliban defeated Biden in Afghanistan; millions of migrants stream across our southern border; and the Chinese Communist Party lobbed missiles at Taiwan during House Speaker Pelosi’s visit. With each successful election result this year, Trump is on track to win back the White House in 2024, and panicky Democrats are exploiting their control of the federal government to try to prevent that from happening.

This raid was executed on the 91st day before the upcoming midterm election on November 8. That timing over a non-urgent issue was apparently a futile gesture to comply with longstanding Justice Department policy to avoid upsetting the political process within 90 days of an election. There can be no mistaking this for coincidence. The FBI carefully plotted to attack the personal residence of a former president of the United States on the very day when they could have the maximum impact on elections without officially breaking the rules. These law enforcement bureaucrats had better pray that their schemes work and Donald Trump does not return to the White House, because if he does, the FBI swamp will be quickly drained.

Phyllis Schlafly Eagles · December 1 | We Need More Badges Herschel Walker had an iconic moment in a debate with Sen. Raphael Warnock when he … END_OF_DOCUMENT_TOKEN_TO_BE_REPLACED

Phyllis Schlafly Eagles · November 23 | Tables Turn on Immigration Crisis When referring to Republicans, Democrats talk about how no one is above … END_OF_DOCUMENT_TOKEN_TO_BE_REPLACED

What You Need to Know is why Trump is not an echo of other candidates before him. Phyllis Schlafly famously first used that phrase — a choice, … END_OF_DOCUMENT_TOKEN_TO_BE_REPLACED

What You Need to Know is why Trump is not an echo of other candidates before him. Phyllis Schlafly famously first used that phrase — a choice, not an … END_OF_DOCUMENT_TOKEN_TO_BE_REPLACED

What You Need to Know is Fauci retires from the Covid Industrial Complex! He’s sneaking out under the cover of Thanksgiving and a no-news week. He … END_OF_DOCUMENT_TOKEN_TO_BE_REPLACED

What You Need to Know is Democrats’ plan to slow down GOP investigations. David Brock (of Media Matters) released a memo detailing a group that will … END_OF_DOCUMENT_TOKEN_TO_BE_REPLACED

President Biden and his Leftist administration have weaponized the Department of Justice (DOJ) for their political purposes to an intolerable extreme. … END_OF_DOCUMENT_TOKEN_TO_BE_REPLACED

Elon Musk has 119 million followers on Twitter, the platform which he just bought for $44 billion. That’s more followers than Taylor Swift, whose … END_OF_DOCUMENT_TOKEN_TO_BE_REPLACED