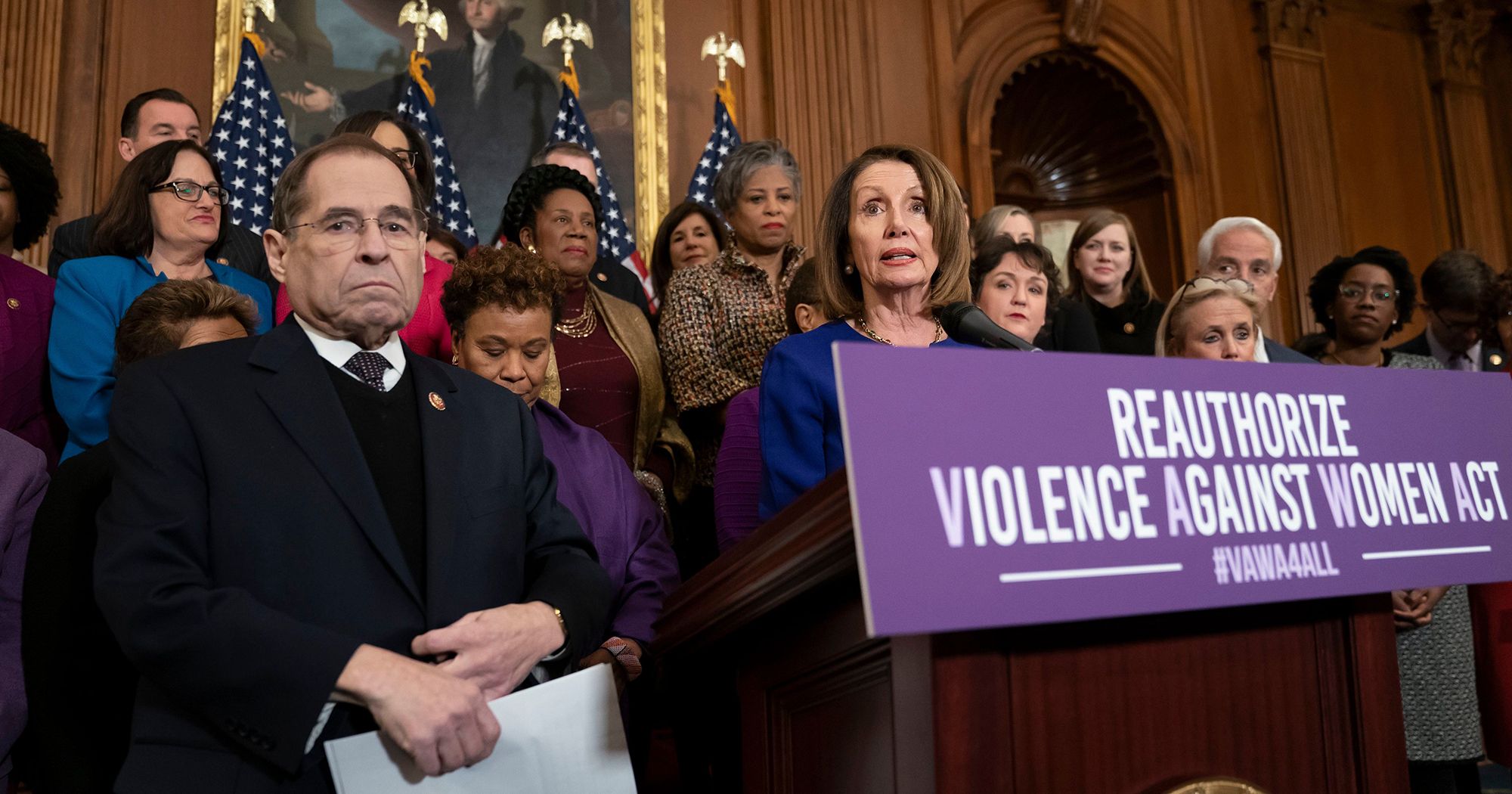 The notorious Violence Against Women Act is back and worse than ever. Don’t be fooled by the name. The real purpose of this bill is to grab guns and shut down free speech. Yet while Congress considers new infringements on constitutional rights, they overlook where the most violence against women is occurring. The New York Times recently featured an exposé about how nearly every woman is raped during their migration from Central America to our open southern border.

Shutting the border is the only way that the United States can protect those women. We have to take away the incentive for the long, dangerous journey to American soil.

Don’t be fooled by the name. The real purpose of this bill is to grab guns and shut down free speech. Yet while Congress considers new infringements on constitutional rights, they overlook where the most violence against women is occurring.

Yet House Democrats want nothing of that remedy to stop violence against women. Instead, Democrats push for more infringements on the rights of Americans as part of a proposed new VAWA.

In their subcommittee hearing on violence against women, House Democrats were uninterested in the terrible violence against women resulting from their insistence on an open southern border. The minority Republicans were allowed to invite only one witness, and she did not address the violence among migrants either. If Democrats really care about stopping domestic violence, why are they trying so hard to shut down the voices of these women rather than shutting down illegal entries at the southern border?

This proves just how low Washington politicians will go to grab more power. They are even willing to use victims of domestic violence as pawns in their game. After all, who would dare stand up against someone who purports to stand for these victims of tragic circumstance? As with everything that happens in Washington, D.C., no one seems to notice the lack of fruit coming from the tree of their policy positions.

This unabashed political gamesmanship from the Left makes it more important than ever for conservatives to be bold in their conservative beliefs. Don’t let the Swamp Creatures convince you that you hate women. When we build the wall and stop illegal immigration, we will be doing more to save women from violence than the so-called “Violence Against Women Act” ever could.

What You Need to Know is the Qatar-Europe NGO scandal continues! These global schemes with millions of dollars flowing through non-government … END_OF_DOCUMENT_TOKEN_TO_BE_REPLACED

What You Need to Know is the House GOP Must Exercise Power of the Purse. We’re back to following the money this week, this time in Congress! House … END_OF_DOCUMENT_TOKEN_TO_BE_REPLACED

The Deep State in Washington, D.C. just offered to debrief Trump Administration officials about the hot air balloons that have invaded our airspace … END_OF_DOCUMENT_TOKEN_TO_BE_REPLACED

What You Need to Know is Lies, Damned Lies, and Biden’s Border Statistics. The Narrative Machine’s media wing and the Biden Administration (including … END_OF_DOCUMENT_TOKEN_TO_BE_REPLACED

Phyllis Schlafly Eagles · February 8 | Leftist Hollywood's Downward Spiral Looking back on 2022, it is plain to see that Democrat-dominated … END_OF_DOCUMENT_TOKEN_TO_BE_REPLACED