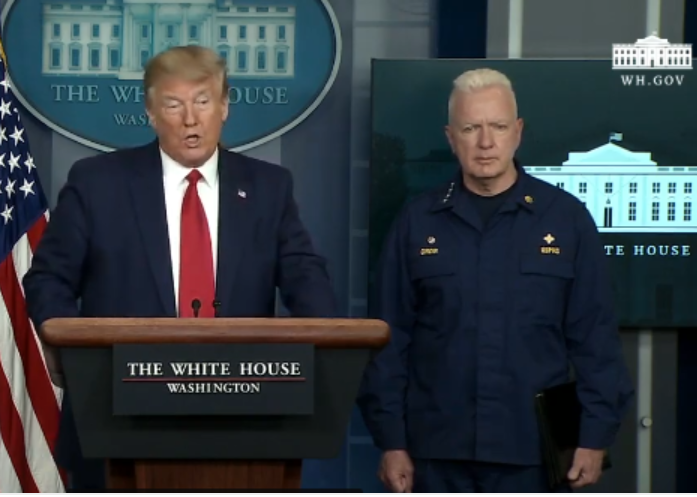 After publishing articles that wrongly disparaged anyone who suggests that Covid-19 might be a man-made virus from China, the liberal British medical journal Lancet made a U-turn by publishing a fresh article harshly criticizing its prior ones. According to this article by 16 scientists, “Some unusual features of the SARS-CoV-2 genome sequence suggest that they may have resulted from genetic engineering.” According to the article, the latest evidence indicates a man-made origin for Covid-19.

However, not only is there evidence to support the man-made origin theory, but there is also a noticeable lack of evidence to support the bat origin theory. The authors write that no pathway from bats to humans nor any plausible geographic connection between wildlife and infected humans has been identified. “More than 80,000 samples collected from Chinese wildlife sites and animal farms all proved negative.”

This article is another victory lap for Donald Trump. The Never-Trumpers who insisted that Trump was being anti-science were, in fact, the non-scientific ones who misled the public for more than a year. Dr. Anthony Fauci falsely insisted in May of last year that the evidence “is very, very strongly leaning toward this could not have been artificially or deliberately manipulated.” There is no credible evidence supporting Fauci’s statement, as the esteemed scientists demonstrate in their recent article in Lancet.

Fauci should be compelled to explain the basis for his statements against a man-made origin for Covid-19, which remains an enormously important medical, historical, and political issue. Fauci repeated assertions that “everything about the stepwise evolution over time strongly indicates that [Covid-19] evolved in nature and then jumped species.”

This latest flub from Fauci is the perfect illustration for why the American people should not bow down to the absolute will of technocratic scientists. Without a doubt, science plays an important part in the quest for truth. However, the very nature of scientific discovery proves that our scientific understanding is constantly changing. The unchanging rights of man given to us by our Creator should not be subjected to the evolving nature of scientific understanding. That is why We the People have ultimate authority over our government.

What You Need to Know is being pro-life means we have to drain the swamp. When you take a look at the abortion industry, all you have to do is follow … END_OF_DOCUMENT_TOKEN_TO_BE_REPLACED

What You Need to Know is Joe Biden is bottoming out. It’s just epic and astonishing how badly the administration is failing to adjust to the fallout. … END_OF_DOCUMENT_TOKEN_TO_BE_REPLACED

The dramatic exit last Friday by Rep. John Katko (R-NY), who announced he would not run for reelection, may have shocked liberals but was no surprise … END_OF_DOCUMENT_TOKEN_TO_BE_REPLACED

What You Need To Know is this crime wave is intentional. Guest Host Andrea Kaye describes disturbing reports about a massive crime rate and murder … END_OF_DOCUMENT_TOKEN_TO_BE_REPLACED

What You Need To Know is the SCOTUS victory is overshadowed by how we got here in the first place. Guest Host Andrea Kaye breaks down the High Court’s … END_OF_DOCUMENT_TOKEN_TO_BE_REPLACED

If the education establishment wants to know why public schools don't get much respect from our citizenry, they need look no further … END_OF_DOCUMENT_TOKEN_TO_BE_REPLACED

Robert Strange McNamara belongs on the daytime soap operas. Better yet, his histrionics belong on Donahue or Geraldo or Sally Jesse Raphael. We are … END_OF_DOCUMENT_TOKEN_TO_BE_REPLACED