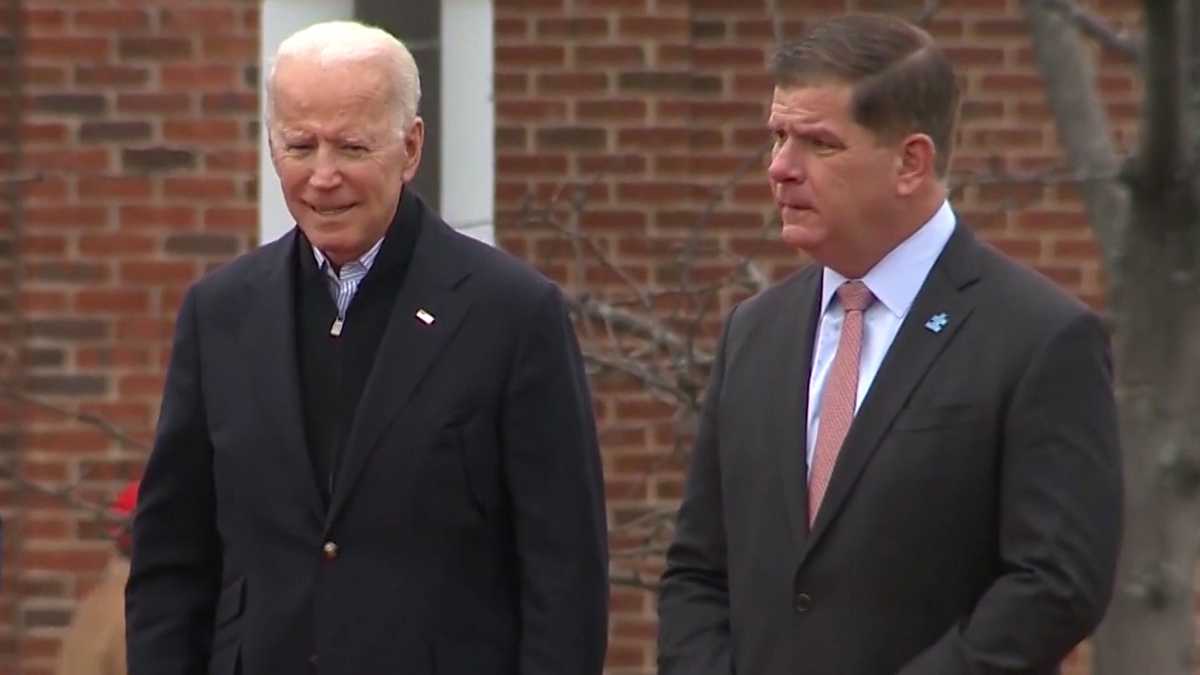 Joe Biden committed to creating the “most diverse cabinet in history.” This thrilled leftists on the campaign trail who love gender and racial quotas. Biden’s team knew he could not win votes on the left by promising to surround himself with the smartest people or the most qualified. The key was promising racial and gender diversity.

Even though he did exactly what the leftists wanted, he was still rewarded with jabs like Vogue’s article “Biden’s Cabinet May Be ‘The Most Diverse In History,’ But Is That Diverse Enough?” Vogue’s headline should have told Biden that he will never be woke enough for the leftist mob, but he didn’t take the hint.

President Biden may be committed to racial diversity in his cabinet, but he will accept no diversity when it comes to walking in lockstep with a radical leftist view of America.

A prime example of this is Biden’s pick for Labor Secretary, Boston Mayor Marty Walsh. Like Biden, Walsh is a “union guy.” He was making $175,000 a year running a union umbrella group before becoming Boston’s mayor. During his time as mayor, he declared Boston a sanctuary city for illegal aliens. Even if the aliens were violent criminals, Walsh wanted to make Boston a “welcoming” place for them. He even facetiously offered to let illegals take up residence in his office if they wanted to.

Another red flag from Marty Walsh’s time as Boston’s mayor comes from earlier last year when mobs called for statues to be removed throughout the city. Despite the desperate pleadings of Boston residents, Walsh consented to removing a century-old statue from the city at the behest of the mob.

The allegedly racist statue in question is of President Abraham Lincoln, the man who freed the slaves. The statue is actually a replica of the original, which was funded by former slaves who wanted to thank Lincoln for freeing them.

This is the kind of leftist activism America can expect from President Biden’s cabinet for the next four years. The faces may be diverse, but the messaging will be nothing but leftist talking points on everything from unions to immigration and beyond.

What You Need to Know about Biden’s woke SCOTUS pick. President Biden is choosing a Supreme Court judge based off of race and sex. While he’s trying … END_OF_DOCUMENT_TOKEN_TO_BE_REPLACED

What You Need to Know is life matters across the board because it’s a great gift from God. The moment we’re in for the life movement is really key, … END_OF_DOCUMENT_TOKEN_TO_BE_REPLACED

What You Need To Know about Biden’s worst week as President. Andrea Kaye, guest host of the #ProAmericaReport, explains how this has been the worst … END_OF_DOCUMENT_TOKEN_TO_BE_REPLACED

If the education establishment wants to know why public schools don't get much respect from our citizenry, they need look no further … END_OF_DOCUMENT_TOKEN_TO_BE_REPLACED

Robert Strange McNamara belongs on the daytime soap operas. Better yet, his histrionics belong on Donahue or Geraldo or Sally Jesse Raphael. We are … END_OF_DOCUMENT_TOKEN_TO_BE_REPLACED