A lawyer in Springfield, Missouri, Mr. Dee Wampler, has founded a patriotic organization called "In God We Trust — America Inc." The mission of this unique organization is to persuade cities, counties and states to post our American motto in their public chambers, such as city halls and county courthouses. Mr. Wampler has been pretty successful with this plan and he already has 289 cities, counties and states that have posted a banner or sign that simply reads "In God We Trust." 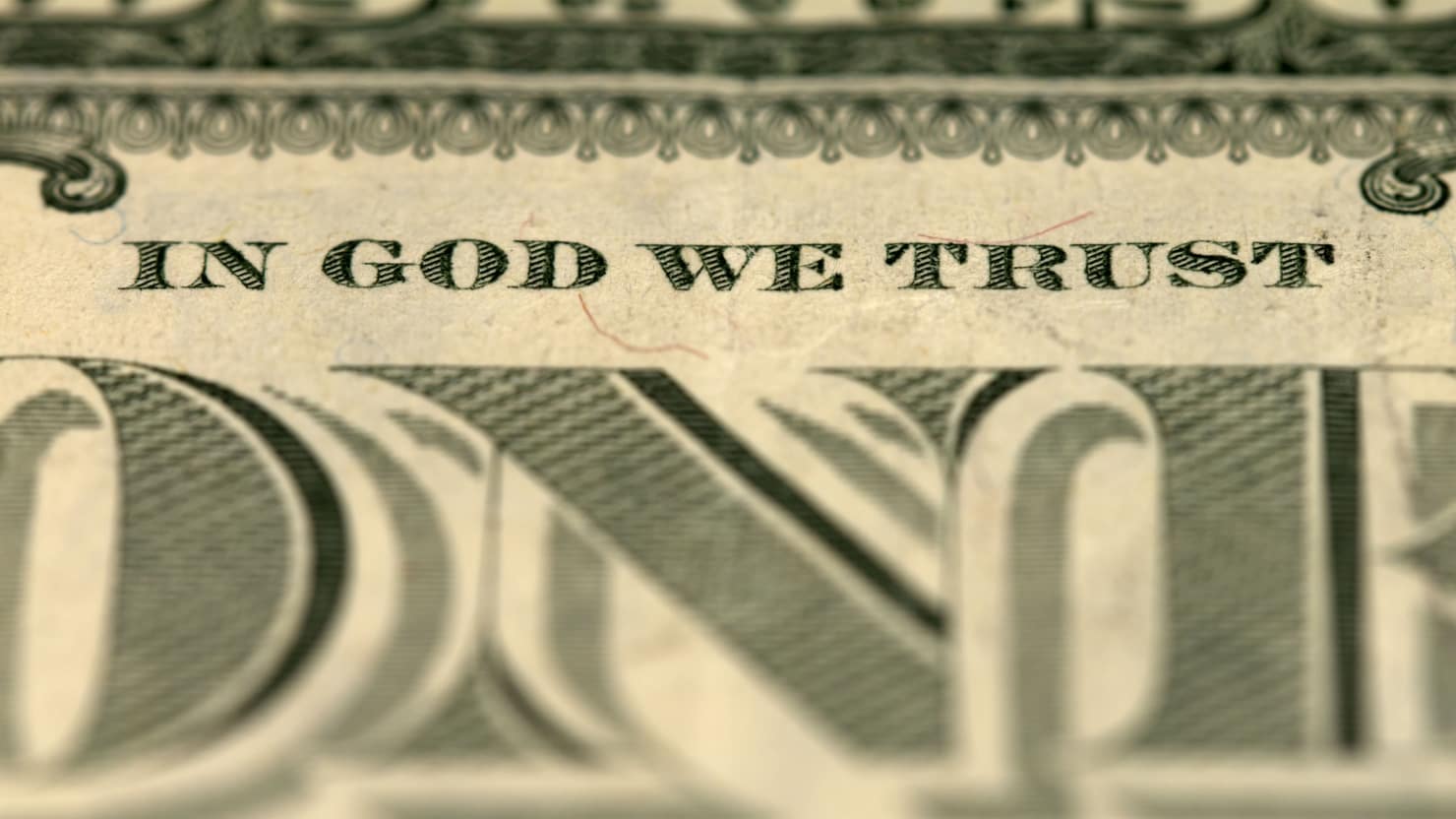 Nearly every American President beginning with George Washington has used this phrase in speeches, letters or prayers. In 1814 Francis Scott Key wrote the Star Spangled Banner, and he included this line: "And this be our motto, in God is our Trust." The Star Spangled Banner has long been our National Anthem, and this was finally ratified by a congressional law in 1931. In 1864, Congress placed "In God We Trust" on our coins, and in 1957 it was placed on all our paper money. Open your wallet and look at your own money. "In God We Trust" was officially proclaimed to be our national motto by Congress in 1956. Despite all the attempts of the ACLU and atheist organizations to remove all mention of God from our public life, no court has ever ruled our national motto to be illegal or an unconstitutional violation of the First Amendment.

It is important in these uncertain times for Americans to continue to trust in God, and to say so in public, echoing the faith of our Founders. Find out if your city hall and county court house display our national motto, "In God We Trust," and ask your public officials to post it in an honored place where people will see it every day. This would be a great project for any local organization.

What You Need to Know is we have seen the 2022 Democrat playbook, and it’s very effective. What we can learn from the California Recall is: 1) … END_OF_DOCUMENT_TOKEN_TO_BE_REPLACED

What You Need to Know is Never Forget! 9-11-2001 proved American exceptionalism. The stories that were told of the conduct from that day were … END_OF_DOCUMENT_TOKEN_TO_BE_REPLACED

After publishing articles that wrongly disparaged anyone who suggests that Covid-19 might be a man-made virus from China, the liberal British medical … END_OF_DOCUMENT_TOKEN_TO_BE_REPLACED

Phyllis Schlafly Eagles · September 21 | Trump Calls Out Betrayer Barr and Others More than $100 million was spent on the Mueller investigation, … END_OF_DOCUMENT_TOKEN_TO_BE_REPLACED