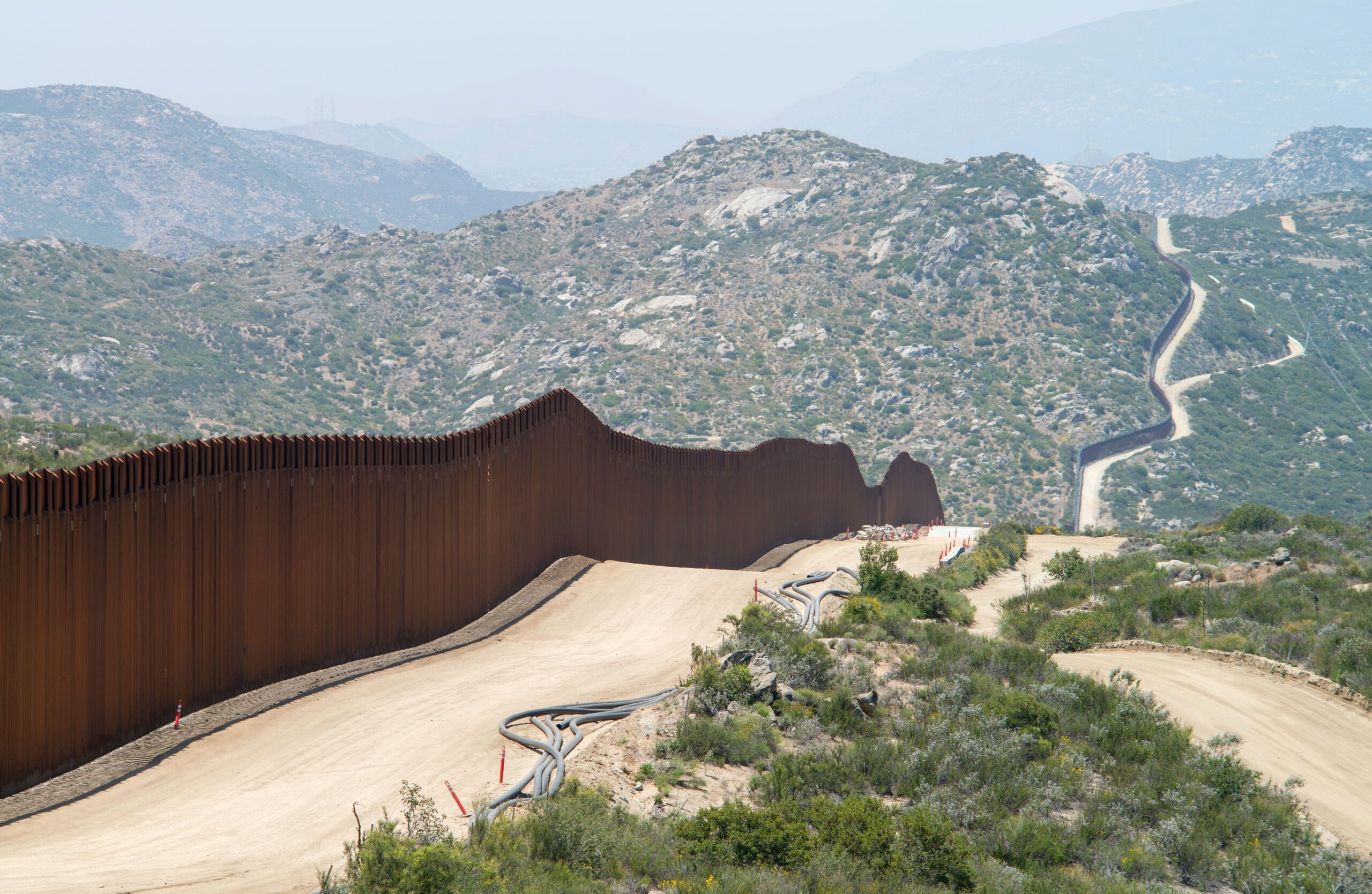 “I promise you, those people will pay,” President Biden declared about images from our country’s southern border near Del Rio, Texas. “There is an investigation underway right now and there will be consequences.”

“Horses running them over, people being strapped,” Biden continued, with rising indignation. “It sends the wrong message around the world. It’s simply not who we are.”

Not to be outdone, Vice President Kamala Harris declared that the images evoked “some of the worst moments of our history where that kind of behavior has been used against the indigenous people of our country, has been used against African Americans during times of slavery.” She warned, sternly: “There needs to be consequences.”

What were the images that roused the president to a fury, “outraged” the vice president, and “horrified” the secretary of Homeland Security, Alejandro Mayorkas? Merely photos of U.S. Border Patrol agents mounted on horseback, using reins to control their animals in the hilly terrain where over 20,000 migrants had just crossed the Rio Grande.

Even liberal CNN wondered how the agents could be treated fairly by an investigation to be conducted at the “highest levels,” as Secretary Mayorkas promised, after the president has already condemned them.

Biden should be cracking down on the illegal aliens crossing the border, not the good agents trying to stem the tide of lawlessness. Yet Biden vows to punish agents on horseback for using reins to control the government’s own horses amid a chaotic flow of illegal aliens.

Biden’s open border policy has resulted in 14,000 illegals camped under the international bridge connecting Texas to Mexico, while tens of thousands more are on the way to join them. There is no Covid testing for illegals without severe symptoms, while law-abiding American citizens are subjected to dehumanizing weekly testing as punishment for declining the experimental Covid vaccine.

These hordes of illegals are supposed to remain in Mexico while their applications for admission are considered, under a wise policy established by President Trump and reaffirmed last month by a 6-3 vote of the U.S. Supreme Court. Ken Paxton, the Trump-endorsed Texas Attorney General, filed a new motion last Thursday to enforce the federal court decision to restore the Trump-era Migrant Protection Protocols.

By vowing to punish border patrol agents who protect us against foreign intruders, Biden sends the wrong message that every other law enforcement officer should stand down. Why would any official risk his own job and perhaps even his freedom if Biden is going to prosecute them afterwards for enforcing the law?

The reported numbers of illegals are daunting. They include the 20,000 Haitians who recently crossed at Del Rio; 100,000 Afghans, whose resettlement Nancy Pelosi just funded with $6.3 billion; and more than 1,000,000 illegals who have surged across the southern border since Biden began occupying the White House.

These numbers can change election outcomes, which seems to be exactly what the Democrats want. Many of the refugees are being resettled in battleground states, where the margin of difference in a pivotal election can be merely a few thousand votes.

The Greyhound bus company has been punished by a $2.2 million liability for allowing federal agents to board its buses looking for illegal migrants. That was the amount of the settlement announced Monday by Washington’s leftwing attorney general, Bob Ferguson, who brags that he sued President Trump 83 times in four years.

Why are there so many illegals in Washington state, which is about as far from the southern border as any state in the continental United States? The buses were traveling from Spokane to Portland, Oregon, and border patrol agents were finding illegal aliens on those buses.

No search warrant was needed because Greyhound, which owned the buses, had consented. Cooperating with the police is not something for which anyone should be fined, and law-abiding citizens riding the buses had nothing to worry about.

Now those illegals will receive a payment from the settlement, despite being illegally on a bus, while Greyhound is being compelled not to allow federal agents on its buses to enforce the law. That restriction will encourage more unlawful immigration.

Greyhound’s private property, like that of ranchers near the border, is being taken by the insatiable demands of the open border zealots. Greyhound should be able to consent to searches of its buses for illegals, many of whom are dangerous to others as confirmed by a report of 96 sexual assaults against migrants in Panama in May and June.

President Biden created this border crisis, and should not be scapegoating the border patrol. The crackdown should be against illegals, not officers doing their job.

What You Need to Know is how the Narrative Machine skewed the 2020 election. From Elon’s documents dumps, we now have concrete information that the … END_OF_DOCUMENT_TOKEN_TO_BE_REPLACED

What You Need to Know is about the ethics of power, not the ethics of truth. That's the political situation we are facing! The left pursues power no … END_OF_DOCUMENT_TOKEN_TO_BE_REPLACED

What You Need to Know is that the government is destroying people’s lives over a political narrative. You need to understand the realities of the Jan. … END_OF_DOCUMENT_TOKEN_TO_BE_REPLACED

What You Need to Know is why Trump is not an echo of other candidates before him. Phyllis Schlafly famously first used that phrase — a choice, … END_OF_DOCUMENT_TOKEN_TO_BE_REPLACED

What You Need to Know is why Trump is not an echo of other candidates before him. Phyllis Schlafly famously first used that phrase — a choice, not an … END_OF_DOCUMENT_TOKEN_TO_BE_REPLACED

Phyllis Schlafly Eagles · December 9 | Are Supporters of America First Scrooges? It’s going to be a long, cold winter in the United States, but … END_OF_DOCUMENT_TOKEN_TO_BE_REPLACED

Phyllis Schlafly Eagles · December 8 | Is It Criminal to Question Elections? Prosecutors in Fulton County, Georgia have made it their mission to … END_OF_DOCUMENT_TOKEN_TO_BE_REPLACED