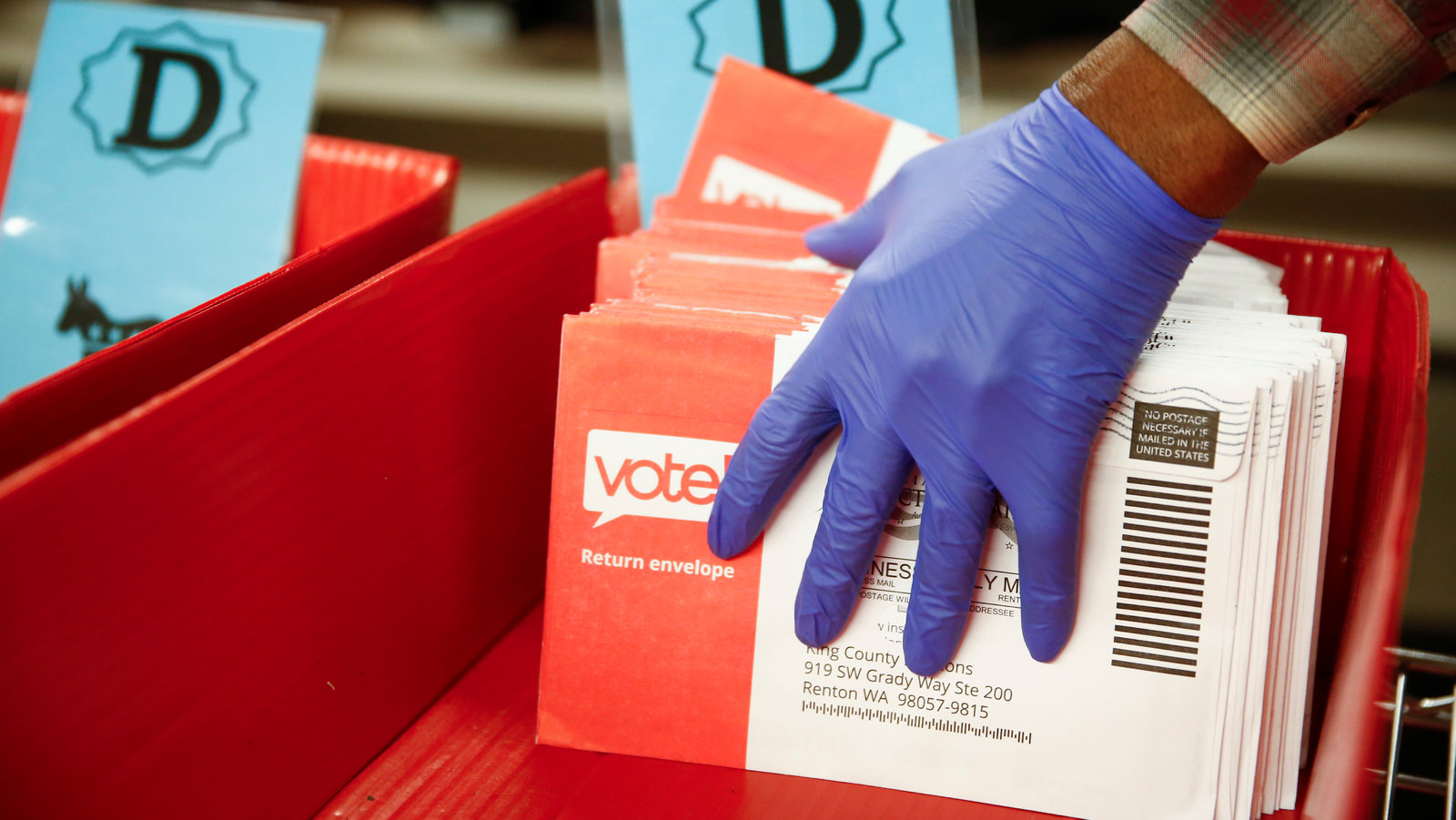 On the first night of the Republican convention, CNN cut away from President Trump’s speech because, as anchor Anderson Cooper arrogantly explained, Trump “started off falsely attacking mail-in voting. He’s continuing to attack mail-in voting as his postmaster general testifies that the attacks are ‘unhelpful.’”

CNN did not explain why Trump’s criticisms of mail-in voting were “false” or who gave it the right to censor the President’s remarks, when even NPR and the Washington Post report on the hazards of delivering ballots by mail.  Putting aside the obvious potential for fraud when voters do not appear in person, the normal error rate of the Postal Service is just too great for a presidential election.

In the 2020 primaries, when millions voted by mail for the first time, we saw how badly the system failed in its mission to deliver ballots in time to be counted.  NPR reported that at least 550,000 mail-in votes were rejected by election officials in 30 states, while the Washington Post said 534,000 were rejected in 23 states.

The number of rejected ballots was more than 60% higher than the 316,000 mail ballots rejected in all 50 states in the 2016 general election.  In the crucial states of Pennsylvania, Michigan and Wisconsin, which Trump won by 80,000 votes combined in 2016, some 60,480 mail-in ballots were rejected in this year’s primary elections.

There are many valid reasons why mail-in ballots might not be counted by election authorities.  Reasons include lack of a required signature on the proper line; the signature does not match the voter’s signature on file; lack of a postmark on the envelope; and the ballot arrives too late.

There is no way the voter can cure any of these defects, or even be notified that his ballot is being rejected.  Vote tallies must be completed and turned in to the secretary of state by a deadline which is often 7 to 14 days after the election.

While elections for state or local offices can be disputed, litigated, and even redone amid a system failure, the election for President of the United States allows no such leeway.  The Supreme Court ruled in Bush v. Gore (2000) that vote counts must be completed in time for the Electoral College to meet on the first Monday after the second Wednesday in December, a date which cannot be postponed.

An official U.S. postmark on the envelope containing the ballot has long been required as proof that the ballot was mailed before election day.  Postmarks are supposed to be applied to first-class mail, but many envelopes are delivered without a legible postmark, thereby invalidating the ballot.

Five Western states have conducted all-mail elections, but they are not battleground states in the race for president.  If the vote is not expected to be close in those states, we can tolerate more errors from the election machinery.

The post office was created by the U.S. Constitution and played an important role in American history, but its importance has greatly diminished in recent decades.  Tens of millions of Americans have stopped using the Postal Service for receiving and paying bills, because the internet and smartphones are so much more reliable.

Readers may remember when lobbies of the nation’s post offices were filled with people picking up Social Security checks on the second or third day of each month.  If you remember those days, you may also remember a lineup of disgruntled senior citizens waiting to see a postal clerk because their government checks did not arrive on time.

All those postal customers disappeared when the federal government switched to electronic delivery of Social Security benefits.  Other agencies did likewise, distributing food stamps and other welfare benefits by prepaid debit card.

Many other Americans stopped using the post office after they were hit with unexpected late fees because their payments for utilities and credit cards were not delivered promptly.  Companies regularly nag their customers to switch to paperless billing, while warning you to allow 7 to 10 days if you insist on paying your bills by mail.

If you file your income tax return electronically, as most taxpayers do, you received your $1,200 stimulus payment by direct deposit within a few days after Congress appropriated the money.  If you are among the declining number of taxpayers who still file your returns by mail (with extra stamps for extra schedules), then you had to wait 60 days or more for it.

If the IRS, Social Security, welfare, unemployment, and banks have abandoned the Postal Service in favor of electronic transactions, why do Democrats insist on using the creaky old Postal Service to conduct the presidential election?  A government agency hobbled by archaic procedures cannot be reinvented in time before Americans cast over 140 million ballots.

Phyllis Schlafly Eagles · July 21 | Where Liz's Loyalties Lie Rep. Liz Cheney let America know where her loyalties lie by tweeting out her view that the 2020 presidential election was won by Biden fair and square despite all the red flags uncovered by grassroots patriots. Furthermore, Cheney made it clear that she will […]

What You Need to Know is Pollsters Lie and Democracy Dies! Polling for the 2020 election was the least accurate in the last 40 years — Pollsters: ‘Impossible’ to say why 2020 polls were wrong. It’s hard to trust polls, even the few that are fairly accurate. Pollsters were misleading Americans in the same way that […]

For Immediate Release: July 23, 2021Contact: Ryan Hite, Communications Director Washington, D.C.: "Thanks to CNN, I can end your week with a … END_OF_DOCUMENT_TOKEN_TO_BE_REPLACED

Phyllis Schlafly Eagles · July 23 | Biden's COVID Power Grab on Abortion Something sinister could be coming to your community by mail, but you … END_OF_DOCUMENT_TOKEN_TO_BE_REPLACED

What You Need to Know is The Case for Speaker Trump — Build the Wall, Block the VP for President Harris, Impeach Biden, etc. There are so many things … END_OF_DOCUMENT_TOKEN_TO_BE_REPLACED