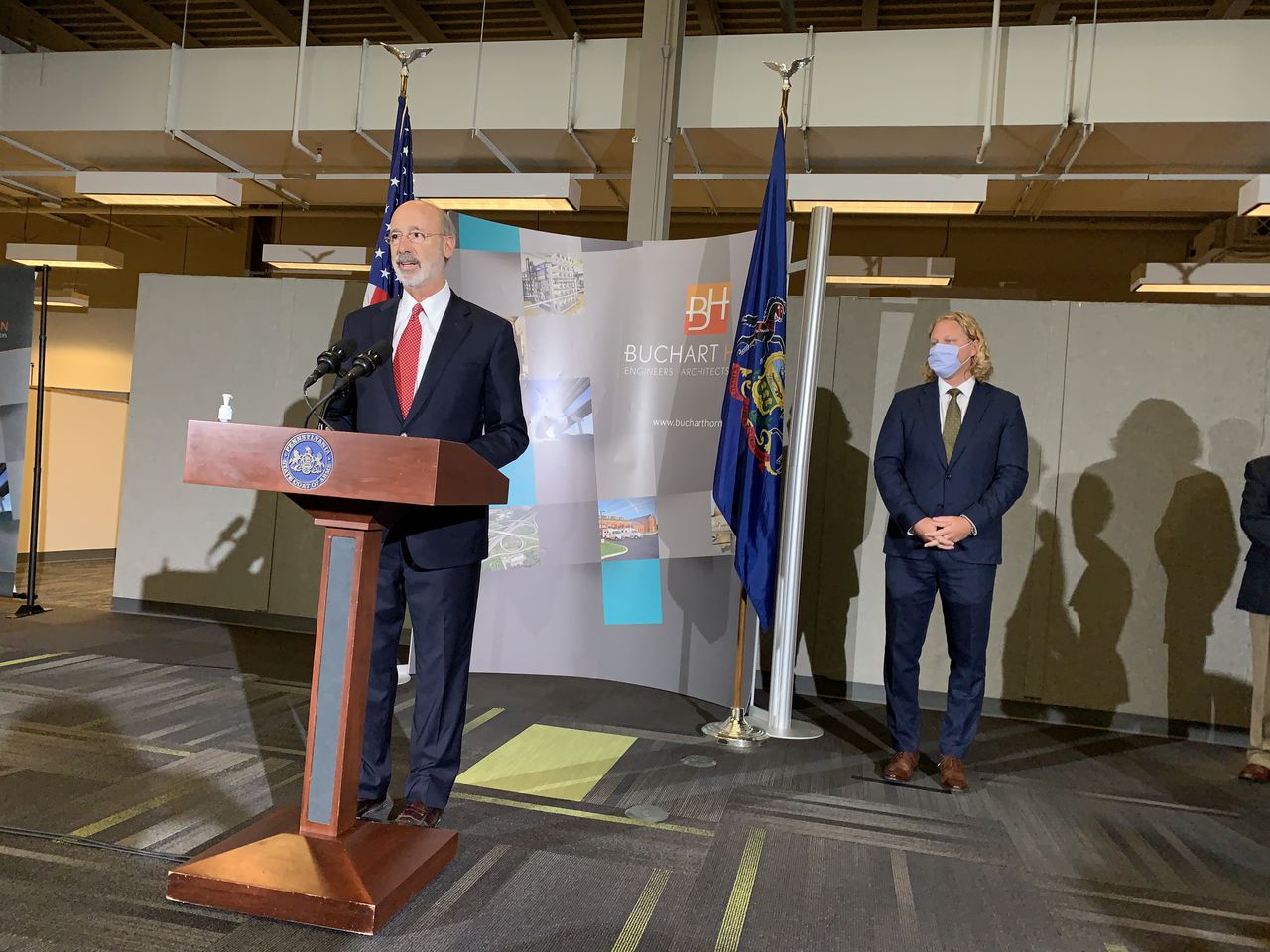 A Trump-appointed judge has finally stood up against the senseless continuing shutdowns by Democrat governors. Federal judges had been going along with totalitarianism at the state level until Monday, when federal judge William Stickman declared that a Democrat governor has acted irrationally.

Pennsylvania Gov. Tom Wolf’s never-ending shutdown blocks outdoor rallies by the Trump campaign in the state which may decide the outcome of the presidential election, and has prohibited attendance at other gatherings, too. Prior attempts to restore freedom, including a lawsuit appealed to the Pennsylvania Supreme Court and efforts by the Republican-controlled legislature, had failed.

But those on the side of freedom did not give up, and they finally achieved a legal breakthrough in federal court in Western Pennsylvania, where 8 out of 10 active judges were appointed by Trump. There the University of Pittsburgh is playing football, while Penn State’s Nittany Lions have been sidelined by the Big 10 conference.

Judge Stickman observed that the shutdown order by Gov. Wolf was supposedly necessary to “flatten the curve” and protect hospital capacity against an overflow of patients. No such overflow ever happened and yet the unjustified shutdown continues.

Plaintiffs challenged Gov. Wolf’s restrictions as violations of the First Amendment freedom of assembly, and both the Due Process and Equal Protection clauses of the 14th Amendment. Judge Stickman held in their favor on all of the above in a brilliant 66-page decision which disavows the overly deferential approach taken by other Republican-appointed judges.

“The fact is that the lockdowns imposed across the United States in early 2020 in response to the COVID-19 pandemic are unprecedented in the history of our Commonwealth and our Country. They have never been used in response to any other disease in our history,” Judge Stickman held.

Indeed, Judge Stickman traced the origin of the shutdowns, not merely the virus, to China itself, which he pointed out does not protect individual liberties as we do in the United States. The lockdown approach spread like a domino effect from Wuhan, and “were unheard of by the people of this nation until just this year,” he pointed out.

Gatherings of more than 25 persons indoors and more than 250 persons outside have been prohibited for months in Pennsylvania. This has impeded the ability of President Trump to hold his massive rallies in this all-important state of 20 Electoral College votes.

“Congratulations Pennsylvania,” tweeted President Trump in response to the news that Judge Stickman had struck down its Democrat governor’s restrictions. The Pennsylvania Governor has vowed a swift appeal to the Third Circuit, but he will be greeted by more Trump-appointed judges there.

Short-term restrictions amid an emergency may be entitled to some deference, Judge Stickman wrote, but “that deference cannot go on forever. It is no longer March. It is now September and the record makes clear that Defendants have no anticipated end-date to their emergency interventions.”

He rejected the governor’s invocation of the anachronistic 7-2 decision of Jacobson v. Massachusetts (1905), which is often cited by supporters of mandatory vaccination because it allowed Massachusetts to compel the vaccination of a minister against smallpox. As the judge pointed out, that decision predated the vast expansion of individual rights in the 20th century.

In 1905 the government could infringe on many individual rights, such as freedom of speech, and later denied the right to own gold, which would be unthinkable today. And the Supreme Court carefully limited its decision in Jacobson by saying that government overreach on vaccination should still be checked by the courts.

Judge Stickman rejected the overly deferential standard of the 115-year-old Jacobson decision. He pointed out that “the ongoing and indefinite nature of” of Democrat Gov. Wolf’s actions “weigh strongly against application of a more deferential level of review.”

He found persuasive a recent opinion by Supreme Court Justice Alito, joined by Justice Thomas and Trump-appointed Justice Kavanaugh, when they objected to the Court’s refusal to grant an application for relief to a church in Nevada. “We have a duty to defend the Constitution, and even a public health emergency does not absolve us of that responsibility,” Justice Alito wrote.

Judge Stickman criticized the Democrats’ “one-size fits all approach,” whereby the “vast diversity of the Commonwealth” of Pennsylvania is treated identically by the shutdown. Pennsylvania “has dense urban areas, commuter communities servicing the New York metropolitan area, small towns and vast expanses of rural communities,” over which the “virus’s prevalence varies greatly.”

Democrats’ shutdown orders have created “a topsy-turvy world where Plaintiffs are more restricted in areas traditionally protected by the First Amendment than in areas which usually receive far less, if any, protection.” Penn State football and the entire Nation should applaud this decision against shutdowns that infringe on our fundamental rights.

Phyllis Schlafly Eagles · November 25 | Be Thankful For Families Statistically speaking, today is the biggest travel day of the entire year in … END_OF_DOCUMENT_TOKEN_TO_BE_REPLACED

As our nation waits for Georgia to complete its second recount of ballots cast in the 2020 presidential election, it’s worth reviewing what previously … END_OF_DOCUMENT_TOKEN_TO_BE_REPLACED