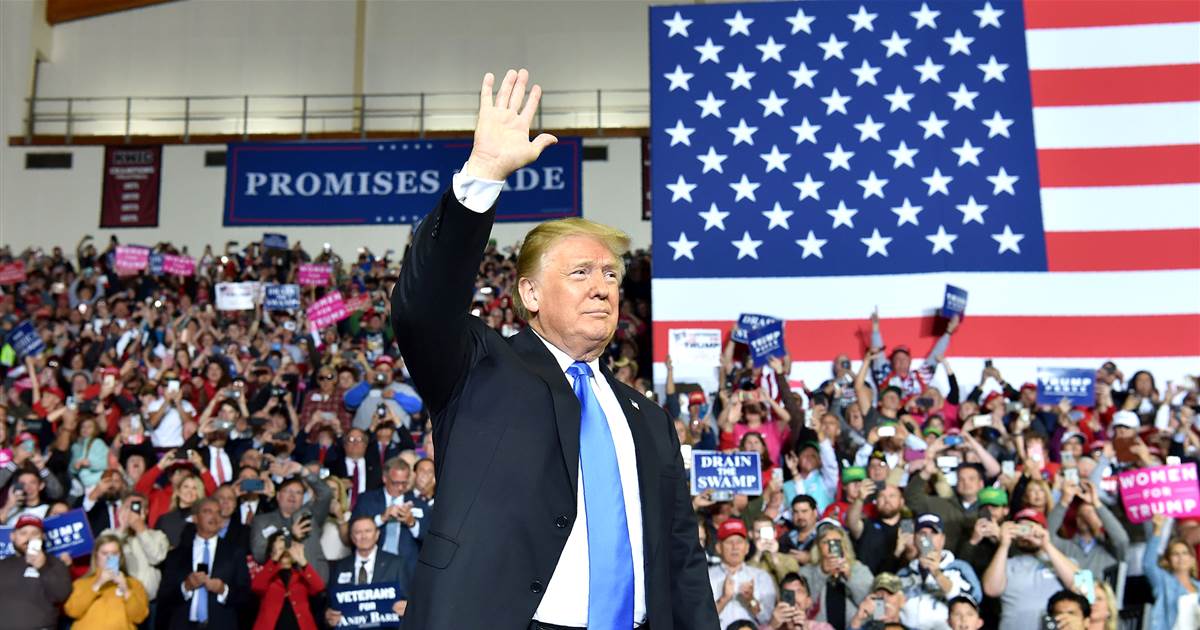 The new voters the GOP needs are those who may be unsure or too afraid to vote at all, or who are disillusioned by the coronavirus pandemic and the responses to it. This includes people who lined up to attend Trump rallies in the past, but failed to show up for his rallies this summer in Oklahoma and South Dakota, primarily due to fear of contracting COVID-19.

Ten million new voters are not easy to find and persuade in the little over two months that remain from now until November 3. Team Biden is confident that Trump cannot pull this out, and that the election is already over.

But in fact the ten million new votes for Trump are there for the asking, and we even know where to look. They are among the roughly 20 million Americans who watched and supported the July 27 news conference by a group of white-coated physicians who endorse early treatment of COVID-19 with hydroxychloroquine (HCQ).

That massive audience, younger and many times the size of the viewership of cable news shows, contains the votes that Republicans can have for the asking. The Big Tech monopolies certainly knew how seriously that audience threatened the candidacy of Joe Biden, so they took down the video almost as quickly as it was posted.

Trump can quench the thirst of those 20 million viewers of the HCQ press conference. Neither addictive nor expensive, HCQ is reportedly consumed like water in Africa, where it is routinely used by residents and visitors alike to protect against malaria. Trump will win if he makes it available.

According to Trump’s liberal opponents, attending a Trump rally could be as dangerous as visiting a malaria-infected region of Africa. Just as HCQ is prescribed for travelers to Africa, it should be prescribed as a prophylaxis for attendees at Trump rallies where liberals say that participants risk deadly exposure to COVID-19 merely by attending.

Better yet, Trump could arrange for open-minded pharmacists to be there to fill the prescriptions for HCQ on the spot. After taking this preventive medication, attendees would then rock the rally with new confidence and enthusiasm.

Imagine the twin benefits that would yield for the 20 million Americans seeking access to HCQ: they would obtain the protective medicine they want, and also have the opportunity to help reelect Trump. This would be a “win win” for everyone except Joe Biden, who would ramble incoherently against it.

Instead of seeking new votes as Republicans can be doing, Democrats push for universal mail-in voting that would have no more integrity than the junk mail that clogs our mailboxes. Republicans are right to reject mail-in voting for reasons that include delay, lack of security, and expense.

Recent primary elections in Pennsylvania, New Jersey, and New York were a real-life test of whether mail-in ballots can be delivered in time. The results should refute the idea that an election can be reliably conducted by diverting ballots through the Postal Service.

All three states received 10 to 20 times as many mail-in ballots as they had ever received before, mostly arriving at the last minute or even after election day. New York’s Democrat primary was held on June 24, but the selection of nominees in its 16th and 12th congressional districts was not determined until July 17 and August 5, respectively.

Nancy Pelosi has recalled the House of Representatives for a rare August session to deal with this self-inflicted crisis. But her solution would shovel money into a federal agency that was never designed to conduct a national election and cannot, even with unlimited resources, provide the security and reliability that Americans rightly demand for this presidential race.

First-class mail volume peaked in 2000 and has fallen steadily in the 20 years since then, with no end in sight. The Postal Service has struggled to fill the gap by delivering more advertising mail and packages, but those competitive services cannot support the massive postal infrastructure if first-class letter mail is replaced by electronic communications.

The Constitution authorized Congress to establish post offices, but it has no responsibility to insure that ballots are delivered on time. First-class postage (currently 55 cents) does not include tracking or delivery confirmation, which can be purchased for an additional $.80 to $2.85, and the cost of guaranteed delivery ranges from $7.50 for 2- to 3-day service to $26.35 for next-day service.

Victory in November requires saying no to unreliable mail-in voting, but yes to inexpensive, preventative treatment of COVID-19. Let the Trump rallies return with confidence, and carry him to victory.

Phyllis Schlafly Eagles · February 3 | "Woman" Is the Word of the Year The internet is a powerful tool that most of us use every day. … END_OF_DOCUMENT_TOKEN_TO_BE_REPLACED

What You Need to Know is Tucker is allowing the will of the people to be heard! When a huge block of Republicans and so-called conservatives are … END_OF_DOCUMENT_TOKEN_TO_BE_REPLACED