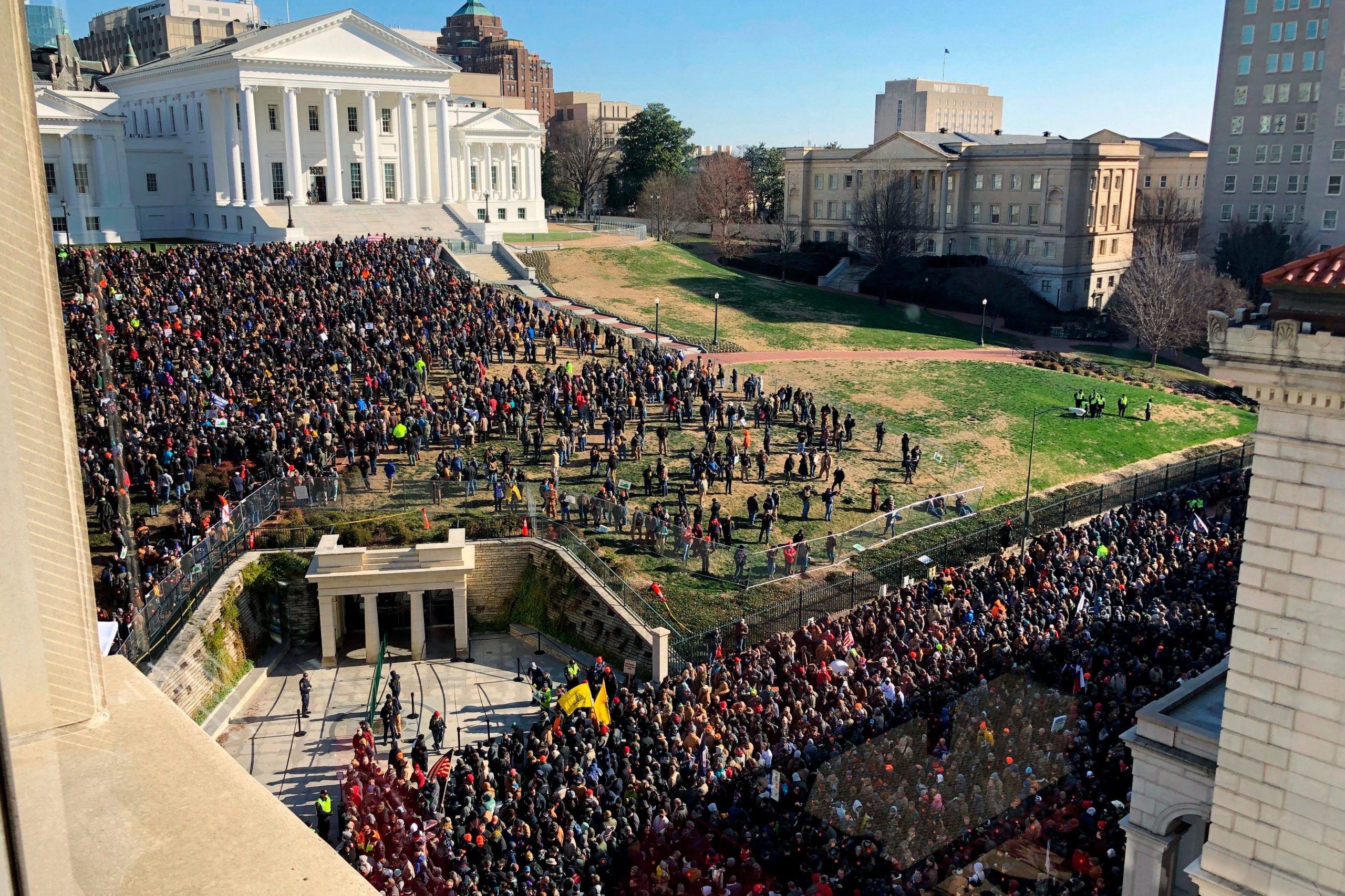 As liberal politicians take control of the Commonwealth of Virginia, they are getting a healthy dose of grassroots resistance by legally armed citizens.  A massive crowd of 22,000 descended on its state capitol in Richmond, and the Democratic governor overreacted by declaring an inappropriate state of emergency.

Unlike the women’s march which left trash all over D.C. after Trump’s inauguration three years ago, this peaceful protest by Second Amendment advocates even picked up the garbage afterwards.  The gun groups are motivated, in contrast with media-created protests that quickly fade as the women’s rights march has.

Many armed participants at yesterday’s rally said they are just getting started.  And they have President Trump enthusiastically on their side.

Trump tweeted on Monday that “The Democrat Party in the Great Commonwealth of Virginia are working hard to take away your 2nd Amendment rights. This is just the beginning. Don’t let it happen, VOTE REPUBLICAN in 2020!”

This issue separates Republicans and Democrats more clearly than almost any other issue.  Two recent votes in the Virginia Senate for gun control were along party lines, with all Democrats voting in favor of sweeping new restrictions on guns while all Republicans voted against them. 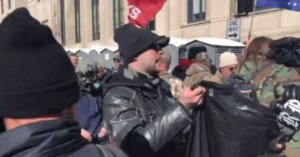 Unlike the women’s march which left trash all over D.C. after Trump’s inauguration three years ago, this peaceful protest by Second Amendment advocates even picked up the garbage afterwards

Virginia Gov. Ralph “Blackface” Northam has vowed to sign into law strict gun control legislation.  This would include senseless rationing by limiting handgun purchases to only one per month.

The gun control legislation encourages and authorizes outright bans on firearms at public events.  Guns can be most helpful at those events to protect against a mass shooting, as recently occurred in Texas when an alert worshipper stopped a massacre by shooting the killer during a church service.

The type of tyranny imposed by Gov. Northam against the peaceful protesters is a sign of what is to come if there is no push-back on gun control legislation.  He panicked against the peaceful grassroots gathering by banning the carrying of weapons on the grounds of the state capitol.

Liberals in the media had hysterically predicted violence, which never occurred.  The liberal marches after President Trump’s inauguration resulted in vandalism of stores, but nothing similar was caused by the Second Amendment supporters.

The gun control agenda supported by Virginia Democrats includes broad “red flag” provisions which would authorize law enforcement to seize guns lawfully owned by citizens based on a mere suspicion of a possible safety threat.  The right to bear arms would not mean much if it can be arbitrarily taken away under the guise of suspicion.

Some Virginia sheriffs announced that they will not enforce the gun control legislation if it becomes law.  Towns throughout Virginia could become a new type of sanctuary where the Second Amendment is respected.

How did gun control zealots get elected in a commonwealth which voted Republican in every presidential election from 1952 through 2004 (except 1964)?  Virginia was home to four of our first five presidents, and once held the largest percentage of Electoral College votes ever: 15.9% in 1792.

A combination of election spending by an out-of-state billionaire, a flood of immigration, and liberal federal employees have turned Virginia from red to blue politically.  In this backyard of the NRA, pro-gun control Democrats took control of the statehouse for the first time in a quarter century in the last election.

Billionaire Mike Bloomberg vastly outspent the NRA in Virginia, which was able to contribute only $350,000 to the Second Amendment side.  Bloomberg-funded Everytown for Gun Safety spent $2.5 million, including efforts by Moms Demand Action.

Gun control zealots have set their sights on other Republican states too.  They plan to take control of Texas within a few election cycles, and gained ground in the elections there in 2018.

Texas has a whopping 38 Electoral College votes in presidential elections, and will pick up more in the new census.  Two of those Electors were “faithless” in 2016 by refusing to vote for Trump despite how he carried the state.

The Supreme Court just accepted a case to decide if Electors can vote contrary to the vote of the people in presidential elections.  With the vast sums of money in politics pushing gun control, it is frightening to imagine what might happen in a close presidential election if switching sides were allowed in the Electoral College.

What You Need to Know is Trump keeps winning: SOTU and Impeachment. However, there are some really bad actors on the other side of “we the people” - … END_OF_DOCUMENT_TOKEN_TO_BE_REPLACED 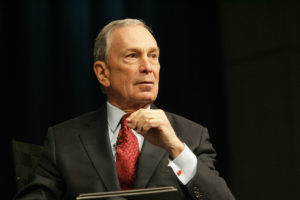 In the wake of deadly shootings this year, gun control activists won’t stop pushing their anti-Second Amendment narrative through every possible media … END_OF_DOCUMENT_TOKEN_TO_BE_REPLACED

When it comes to politics, it’s all about the money for most people. Americans see this problem. What some might not understand so well is where that … END_OF_DOCUMENT_TOKEN_TO_BE_REPLACED

What You Need to Know is Chinese communist government has lost control of the coronavirus. They’re also expelling journalists. Also, the latest … END_OF_DOCUMENT_TOKEN_TO_BE_REPLACED

Big Tech has declared war on the Republican Party, whether conservatives want to admit it or not. We’re not just talking about Facebook taking down … END_OF_DOCUMENT_TOKEN_TO_BE_REPLACED