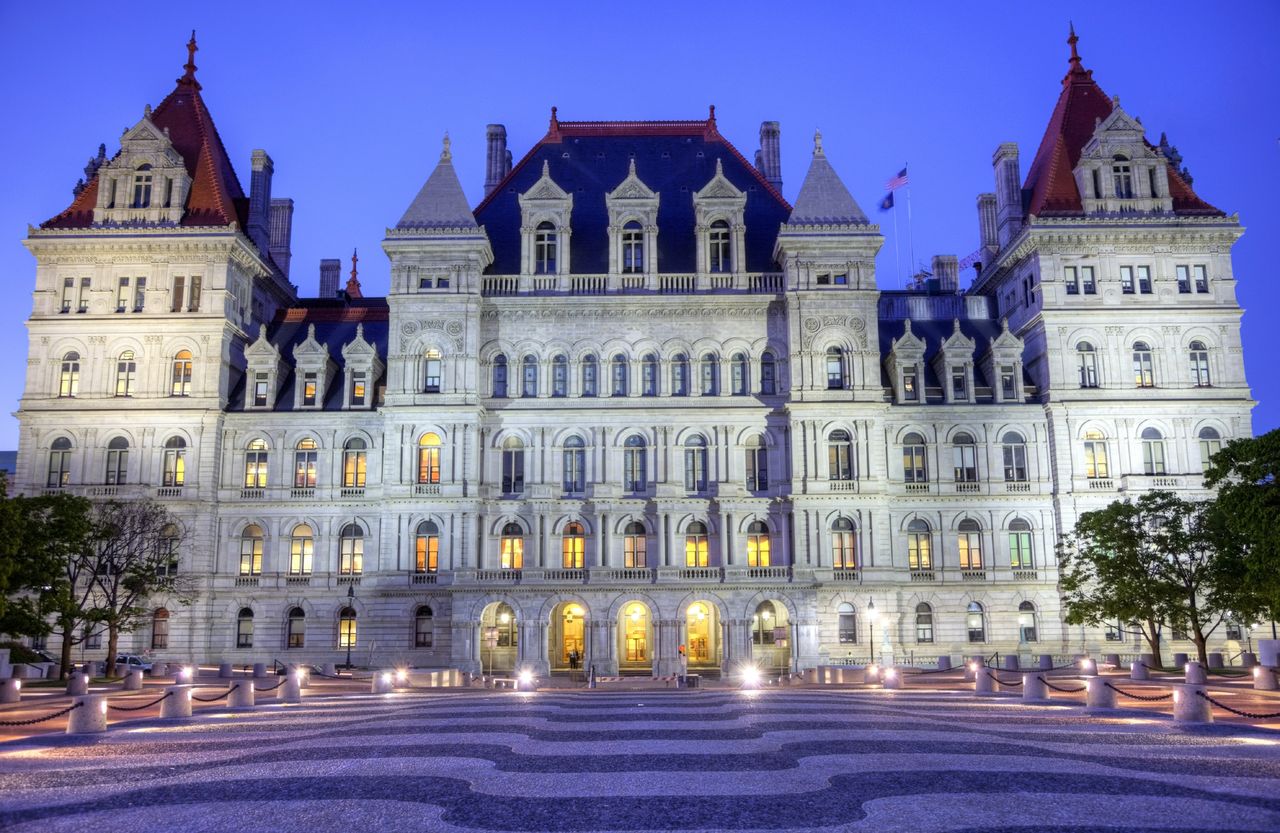 Government unions should not be shifting the costs of the shutdowns to the laid-off employees of private businesses. Yet that is the approach sought by Democratic governors of large states as they demand massive bailouts of their government workers who have sat idly by.

Public schools are closed throughout the country, and their bloated bureaucrats have enjoyed an extended vacation at home. They should not receive paychecks, at public expense, which are being denied to waitresses, manicurists, and hair stylists.

The sooner everyone is allowed to get back to work, the better. But in the meantime it is terribly unfair to shift the burden of being out of work from government workers’ unions onto the backs of those who toil for less money and pensions in the private sector.

Yet that is what liberal Democratic governors seek by demanding massive federal bailouts for their state and local governments. Public school teachers and other government workers should be bearing an equal amount of loss from the work stoppage, rather than being propped up by extraordinary handouts.

While businesses have laid off or furloughed millions of workers, Democrat-controlled “blue” states have not. We should be hearing less news about private businesses having to let go of their workers, and more news about blue state governors needing to trim their oversized bureaucracies.

“Why should the people and taxpayers of America be bailing out poorly run states … and cities, in all cases Democrat run and managed, when most of the other states are not looking for bailout help?” Trump aptly tweeted on Monday.

Senate Majority Leader Mitch McConnell suggested that the poorly run states be allowed to file for bankruptcy, but that is not the answer either. That approach would reward those in control and a pile of attorneys, while leaving creditors holding the bag on defaulted loans and diminishing the ability of other states to obtain favorable credit.

Instead, liberals should cut state and local spending, which is something they have never been willing to do. The belt-tightening should include scaling back the luxurious pensions for state workers at taxpayer expense.

McConnell is right to take the position that “there’s not going to be any desire on the Republican side to bail out state pensions by borrowing money from future generations.” Government employees have no greater entitlement to paychecks for not working.

Democratic House Speaker Nancy Pelosi is suggesting an income guarantee for every American. But instead of trying to put everyone on the government payroll, Pelosi and other Democrats should be downsizing the government workforce.

The United States Bankruptcy Code has long prohibited states from filing for bankruptcy to avoid their obligations for the same reasons that many other debts are not dischargeable in personal bankruptcies. Meanwhile new money, such as bailouts, should only be for new services and not for old debt like pensions.

Many of the same states seeking a federal bailout now have repeatedly defied efforts by the Trump Administration to rein in the runaway costs of illegal immigration, for example. New York Governor Andrew Cuomo has repudiated federal policy against illegal immigration by issuing drivers’ licenses to attract more illegals.

Now Cuomo declares that McConnell is somehow being “vicious” by opposing handouts to his and similar states. Cuomo epitomizes the entitlement mentality that snaps at whoever objects to sending them more money.

Cuomo failed to protect health care workers in his state, who toiled on behalf of coronavirus patients without the benefits of proper masks or access to prophylactic use of hydroxychloroquine. Cuomo insisted on placing people infected with COVID-19 in nursing homes where it quickly spread and unnecessarily killed many thousands of elderly residents.

Meanwhile Cuomo has failed to take fiscally responsible measures in trimming expenses of state government, even though millions of workers for small businesses have been laid off. Families of laid-off workers should not be required to pay for Cuomo’s state employees to do little at home.

Nor should liberal governors be allowed to stiff lenders who have supported their states with loans, which would result from giving states a right to file for bankruptcy. Rather, governors should realize that their wells are going to run dry if they continue to pay illegal aliens and others full entitlements and salaries as though nothing has happened.

McConnell kept funding for state governments out of the most recent bailout bill, which Trump signed into law last Friday. Resistance to these bills is growing, and congressmen are recognizing that their constituents do not want an endless stream of trillion-dollar “stimulus” packages.

Biden, whose mind seems as quarantined as his body, scoffs at the $2 trillion spending bill by saying it is not nearly enough. His promises to spend far more in exploitation of this crisis must be rejected.

What You Need to Know is Pollsters Lie and Democracy Dies! Polling for the 2020 election was the least accurate in the last 40 years — Pollsters: … END_OF_DOCUMENT_TOKEN_TO_BE_REPLACED

Under the innocuous title of “infrastructure,” a revamping of our society into a socialist state is hurtling through the Senate. A vote is expected as … END_OF_DOCUMENT_TOKEN_TO_BE_REPLACED

What You Need to Know is Biden is ushering in chaos in the world! We see this chaos brewing in the Middle East between Israel and Iran, and In the Far … END_OF_DOCUMENT_TOKEN_TO_BE_REPLACED

What You Need to Know is Narrative Machine is dominant - truth be damned. The narrative machine is Big Tech, Big Media, and Big Government. Their goal … END_OF_DOCUMENT_TOKEN_TO_BE_REPLACED

Trump just proved that he does not need Air Force One or Twitter to attract an enormous crowd of supporters. His sensational return has the bonus of … END_OF_DOCUMENT_TOKEN_TO_BE_REPLACED

What You Need to Know is the January 6th hoax is destroying America. More and more people are outraged by what happened on Jan. 6th, but do they know … END_OF_DOCUMENT_TOKEN_TO_BE_REPLACED

For Immediate Release: July 23, 2021Contact: Ryan Hite, Communications Director Washington, D.C.: "Thanks to CNN, I can end your week with a … END_OF_DOCUMENT_TOKEN_TO_BE_REPLACED

Phyllis Schlafly Eagles · July 23 | Biden's COVID Power Grab on Abortion Something sinister could be coming to your community by mail, but you … END_OF_DOCUMENT_TOKEN_TO_BE_REPLACED

What You Need to Know is The Case for Speaker Trump — Build the Wall, Block the VP for President Harris, Impeach Biden, etc. There are so many things … END_OF_DOCUMENT_TOKEN_TO_BE_REPLACED