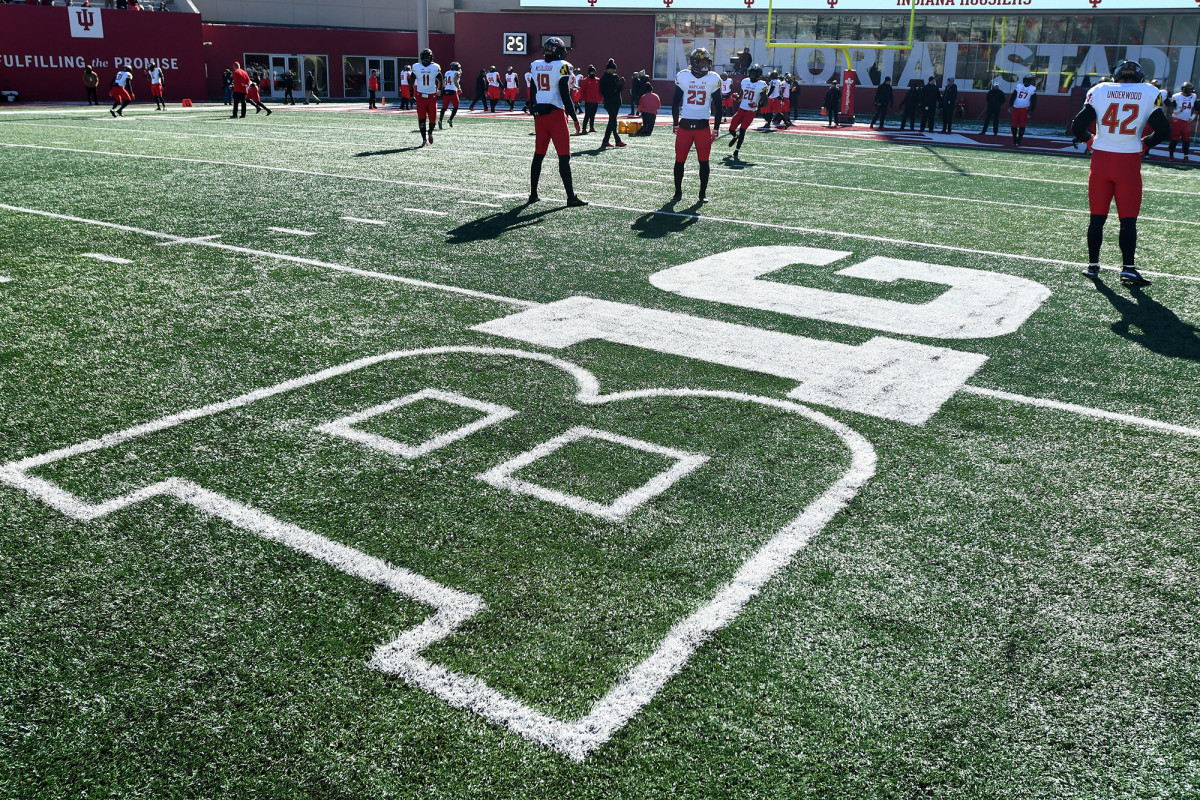 The suspension of college football this fall, along with the disruption of other school sports, has awakened many Americans to the failed liberal approach to COVID-19. Masks and social distancing are incompatible with the sport of football, which 100 million Americans enjoy.

College football was saved by President Theodore Roosevelt in 1905, and Donald Trump could earn a spot beside him on Mount Rushmore by saving it again in 2020. Trump would thereby avoid the mistake made by the armchair President Jimmy Carter in blocking Americans, many of whom had trained their entire lives, from attending the 1980 Summer Olympics in Moscow.

When some Americans called for banning college football, Teddy Roosevelt acted decisively to save the sport for his own four sons, the oldest of whom was then an 18-year-old freshman at Harvard. Roosevelt’s poor eyesight prevented him from playing college football, but our youngest-ever president saw the value of contact sports to his four boys growing up in the White House.

Many parents dream of their son scoring a touchdown, making a tackle, or intercepting a pass in a high-school or college football game. Students must work exceptionally hard to make their team and earn college scholarships.

It is unfair to shut down school sports while casinos, liquor stores, and street protests are allowed to continue. At a recent congressional hearing our national nanny, Dr. Anthony Fauci, was unable to justify this disparity in response to good questions posed by Rep. Jim Jordan, himself a championship college athlete.

Football is still a dangerous sport whose risks, for a young person, are greater than contracting COVID. Shutting down school sports based on the virus is as silly as telling race car drivers not to drive too fast.

During the 1918 Spanish flu pandemic, which was far deadlier to young people than the Wuhan virus is today, college football continued to be played. At least one photograph from that time shows a crowded stadium of football fans wearing masks.

Fans in the stands are essential to football and other sports, whether in high school, college or professional leagues. As President Trump said this morning on the Clay Travis show, a popular sports talk channel, “You can’t have empty seats” for spectator sports.

Major League Baseball risks becoming a fringe sport by playing exhibition games with cardboard cutouts in the seats and fake crowd noise over the loudspeakers. Without real fans expressing their spontaneous reaction to what they see on the field, sports will become unhealthy objects of gambling rather than athletic achievement.

Things never had to be this way, and still don’t. If the bureaucrats had emphasized preventive and early treatment for all those exposed to the virus, rather than trying to hospitalize, intubate, and ventilate the very sick, America could already be up and running.

According to one report nearly 90% of COVID patients who were placed on a ventilator did not come off of it alive. The rush to acquire ventilators has proven to be a great mistake that may have actually caused many more deaths than it saved.

But medicine-by-the-numbers, also known as “cookbook medicine,” has caused COVID patients breathing adequately on their own to be placed on ventilators based on low blood oxygen levels. Bureaucrats and hospital administrators who do not practice medicine themselves pushed the use of ventilators, rather than early medication to keep patients out of hospitals.

Way back in early April, New York City emergency medicine physician Cameron Kyle-Sidell sounded the alarm bells against ventilators by saying that “we are operating under a medical paradigm that is untrue. I believe we are treating the wrong disease, and I fear that this misguided treatment will lead to a tremendous amount of harm to a great number of people in a very short time.”

Instead of listening to frontline doctors who actually treat COVID patients, the response to COVID has been controlled by bureaucrats and academics, who may have a political motive to extend the shutdown or a financial conflict-of-interest in expensive treatments.

In March Dr. Fauci insisted that the Democrat New York Governor Andrew Cuomo be given immediately the 30,000 ventilators which he demanded. How many COVID patients have ventilators harmed, and why haven’t Democrat governors allowed public access to early treatment for COVID?

Even Dr. Fauci has recently backed away from the false hope that vaccination alone would halt COVID and enable Americans to get back to normal in the foreseeable future. Inexpensive preventive medication would confer that much-needed benefit.

Many football fans would be happy to take hydroxychloroquine on their way to a stadium to root for their favorite team. If this inexpensive medication having a 65-year track record of safety were made widely available, we would be talking about touchdowns instead of unemployment.

**Previously Recorded by Phyllis Schlafly // 7-2011** Harvey Mansfield is one conservative professor at Harvard University, and he recently wrote … END_OF_DOCUMENT_TOKEN_TO_BE_REPLACED

*Previously Recorded by Phyllis Schlafly* More students than ever are earning credits for advanced classes, according to a Department of Education … END_OF_DOCUMENT_TOKEN_TO_BE_REPLACED

Phyllis Schlafly Eagles · September 28 | Oppression In The Classroom Teachers are truly incredible people. By and large, they work hard to equip … END_OF_DOCUMENT_TOKEN_TO_BE_REPLACED