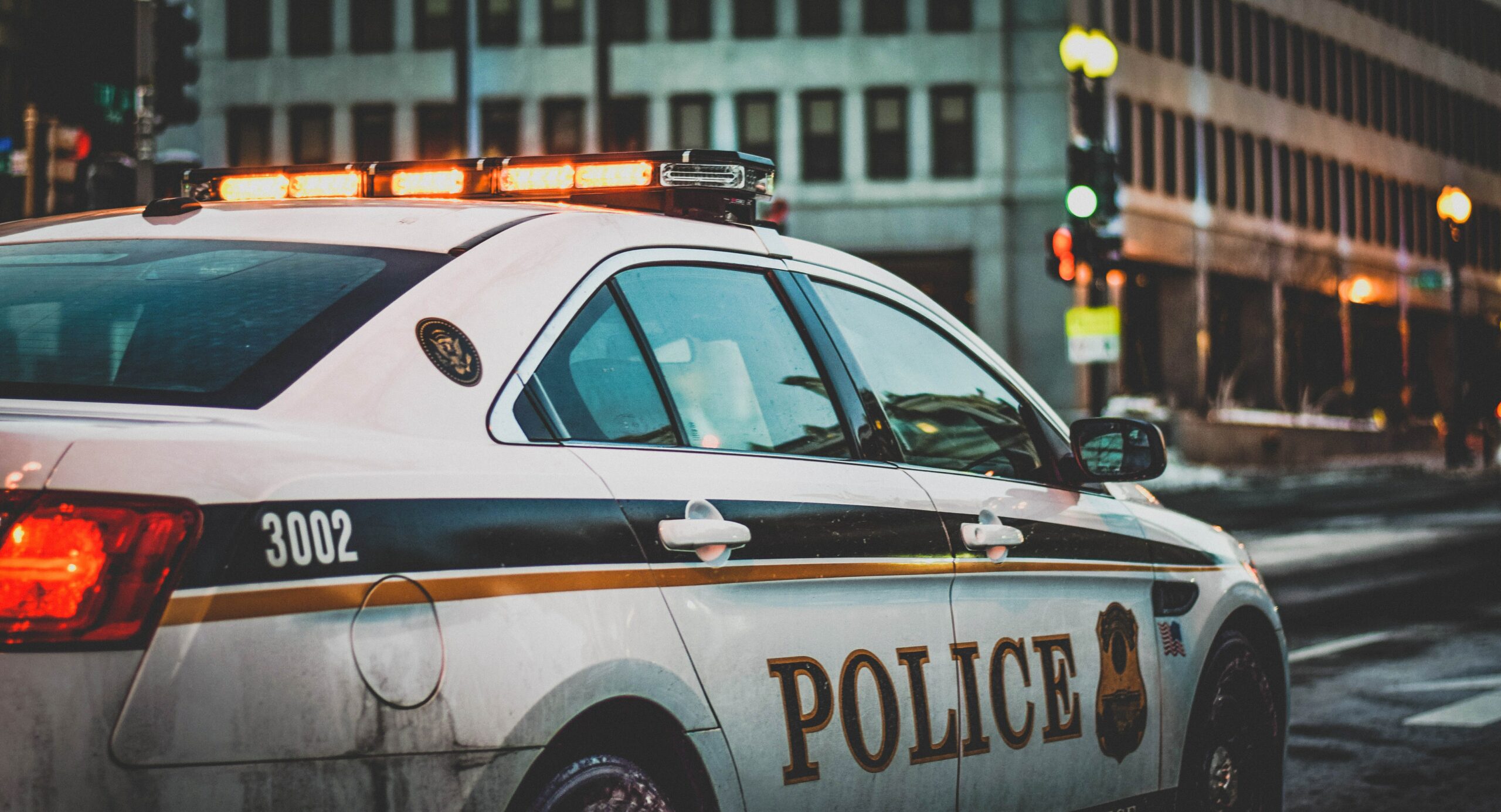 The Democrat-promoted George Floyd Act subjects police and border patrol agents to an increased risk of an unjust prosecution by lowering the burden of proof from willfulness to recklessness in 18 U.S.C. Section 242. Passed by the House, this imposes 10-year prison sentences on our border patrol if convicted of recklessly causing bodily harm to illegal aliens.

That is the same statute used to wrongly convict and imprison the good border patrol agents Ignacio Ramos and José Alonso Compeán, whom Trump pardoned. The burden of proof about intent was at issue in that case, and by lowering it to recklessness the George Floyd Act would place all border patrol agents at risk of unjust prosecution.

This terrible legislation would also eliminate qualified immunity for local police, which is essential to prevent the looting of towns by liberal lawsuits. Minneapolis is forcing its taxpayers to pay $27 million for Floyd, an amount that would bankrupt most towns.

The result will be an end to effective law enforcement by the police and border patrol. Every use of force will become a potential prosecution of the officer, and a potential lawsuit against the town.

A generation ago American teenagers were taught not to resist arrest, but today it is common for criminals to fight the arresting officer. Forceful intervention by police is sometimes necessary to arrest someone or halt a crime.

Protests arose recently after a white police officer in Columbus, Ohio shot a belligerent black teenager, while video shows her in the process of stabbing another girl when cops arrived. The cops came because of a 911 call urgently requesting protection against a knife attack.

If the right to a fair jury trial were secure, then the quick-acting police officer would have nothing to worry about, and cops could continue to stop other crimes-in-progress. But the recent spectacle in Minneapolis casts doubt on whether cops or anyone else can expect a fair jury trial anymore.

In a parody of justice, Derek Chauvin was convicted of murder for kneeling on the shoulder blade of the much heavier George Floyd, a former football lineman. A wacky theory of “positional asphyxia” was presented by a so-called medical expert for the prosecution, contrary to the official autopsy results.

An alternate juror said that she was persuaded by bizarre medical testimony which pretended that the 140-pound officer murdered the muscular 230-pound George Floyd by kneeling on his upper body. This “shoulder blade murder” supposedly happened by blocking Floyd’s lungs from working.

Wrestlers, martial arts fighters, and football players endure far worse from opponents having greater weight, and the medical theory used to convict Chauvin is unknown in contact sports. But 9 out of the 14 jurors were women unaccustomed to such physical force, while probably fearful of harm if they ruled for Chauvin.

The crackpot medical testimony included having jurors self-examine themselves in the jury box. This and other prosecutorial tricks should never have been allowed in a court of law.

The likelihood of a fair trial for Chauvin vanished when the trial judge denied a motion routine in this type of case to transfer the trial location to a place free of prejudicial publicity and intimidating protests. The judge also refused to sequester the jury until deliberations, and the alternate juror said she had trouble getting back to her house from court because protesters were blocking the interstate.

Inevitably jurors had to worry about being “doxed” such that their names, residences, and employers might be revealed on the internet for possible retaliation. As an example of harm caused by doxing, a hacker caused the firing of a Virginia police officer who anonymously gave merely $25 to the defense fund of Kyle Rittenhouse, the teenager facing murder charges for his self-defense against a Leftist mob.

Meanwhile, many Trump supporters still remain in jail in D.C., illustrating that white cops are the not only target of vindictive legal proceedings.

Judge Emmet Sullivan cited a recent political statement by Donald Trump as a reason to continue to imprison a Trump supporter, who rallied for Trump on January 6 in D.C. Judge Sullivan is the one who persisted in refusing to allow charges to be dropped against Lt. Gen. Michael Flynn prior to his pardon.

Meanwhile, Judge Royce Lamberth ordered another Trump supporter, a mother of eight, to explain why she was seen recently wearing a satirical mask. This judge indicated that he may hold her in contempt despite no medical expertise or legitimate authority by the court to demand mask-wearing elsewhere.

Is this Impeachment 3.0 by Trump-haters through unjust proceedings against cops and Trump supporters? Congress failed twice to bury Trump, but some courts continue to try.

Phyllis Schlafly Eagles · September 29 | Trump Court Dominance Takes On CDC Even though President Trump is no longer in office, he continues to … END_OF_DOCUMENT_TOKEN_TO_BE_REPLACED

What You Need to Know is the weakest moment in American life. The idea that we are in a place where it’s acceptable to have a hundred hostages behind … END_OF_DOCUMENT_TOKEN_TO_BE_REPLACED

What You Need to Know is the Narrative Machine is vilifying parents.  School board associations want parents scared and discouraged from … END_OF_DOCUMENT_TOKEN_TO_BE_REPLACED

What You Need to Know is how the Narrative Machine supports itself. Here’s two examples — 1. Big Government cycles out staffers to big money jobs as … END_OF_DOCUMENT_TOKEN_TO_BE_REPLACED

What You Need to Know is the Narrative Machine is in preservation mode! The narrative machine is making a great play this week and this is how they … END_OF_DOCUMENT_TOKEN_TO_BE_REPLACED

Phyllis Schlafly Eagles · September 10 | Woke Means You Lose President Donald Trump may not have a job in the Oval Office at the moment, but he … END_OF_DOCUMENT_TOKEN_TO_BE_REPLACED

What You Need to Know is Crisis Afghanistan: Day 8. Taliban Islamic Emirate announces their Cabinet — to no surprise there are no more women and one … END_OF_DOCUMENT_TOKEN_TO_BE_REPLACED

What You Need to Know is what are they hiding? Why is the left fighting so much against audits and new election laws? It’s time to get to the bottom … END_OF_DOCUMENT_TOKEN_TO_BE_REPLACED

What You Need to Know is Joe Biden needs to open the books! When will President Joe Biden make his bank accounts open (at least to Congress) to see if … END_OF_DOCUMENT_TOKEN_TO_BE_REPLACED

Phyllis Schlafly Eagles · September 8 | Epic Trump Takedown, No Holds Barred Donald Trump has come back to the national spotlight, and he returns … END_OF_DOCUMENT_TOKEN_TO_BE_REPLACED

Phyllis Schlafly Eagles · October 19 | The Unemployment-Covid Connection A record-breaking 10.1 million unfilled jobs were reported as though this … END_OF_DOCUMENT_TOKEN_TO_BE_REPLACED

Phyllis Schlafly Eagles · October 18 | The Summer Soldiers of Globalism Biden seems to have timed his pullout from Afghanistan, not to minimize … END_OF_DOCUMENT_TOKEN_TO_BE_REPLACED