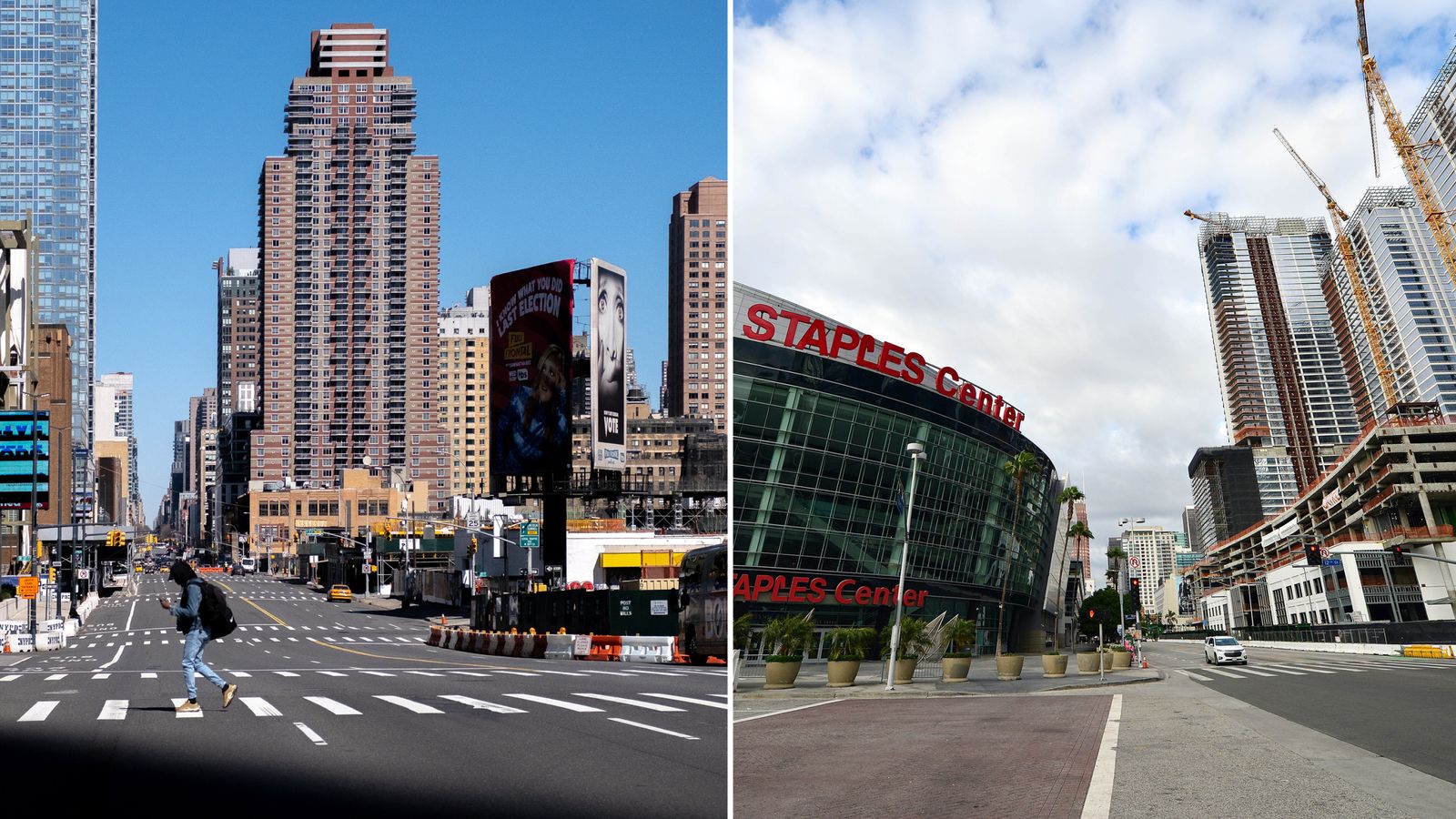 Statewide lockdowns are not the way to fight the Chinese coronavirus. The vast majority of the counties, small towns and medium-sized cities across America are not at significant risk for COVID-19, and the millions of Americans who live there are needlessly suffering the consequences of an induced economic coma.

“Our people want to return to work,” Trump tweeted this morning. “The cure cannot be worse (by far) than the problem!”

Widespread unemployment lasting more than a few weeks would be a social catastrophe far greater than even a worst-case scenario that might result from the coronavirus pandemic. Civil society breaks down quickly when ordinary people are prevented from earning a living, supporting their families, and paying their bills.

Yet a handful of big-city-dwelling governors have implemented a “one size fits all” approach by shutting down places of business which are not responsible for spreading the virus. In several states, regulators have even interfered with the use of hydroxychloroquine, the drug which shows great promise to prevent and treat this new disease.

New York Governor Cuomo could have focused his lockdown on the densely populated urban area where the coronavirus was actually spreading. Instead, he imposed a complete shutdown on every farm, village, township and county across the Empire State, in regions where residents are at low risk.

Illinois Governor Pritzker shut down his entire state to address an issue that primarily affects Chicago, even though 80 of the state’s 102 counties have yet to report a single case of the virus and most other counties are in the single digits. California Governor Newsom closed the vast interior of his state based on an outbreak in its coastal cities.

On Monday a divided Pennsylvania Supreme Court upheld the forced closing of a gun store, handing gun-grabbers a victory they could not have otherwise obtained. The court provided no explanation for upholding Pennsylvania’s sweeping shutdown of nearly every business there.

This misguided one-size-fits-all approach crippled our economy and torpedoed our stock market. Not even the largest federal stimulus in history can replace the private economies of our largest states.

Meanwhile, Democratic House Speaker Nancy Pelosi exploited the crisis with a bill to impose a nationwide mandate for 15 days of early voting, which favors Democratic ballot harvesting by a political machine. House Majority Whip James Clyburn (D-SC), who was instrumental in making Joe Biden the presumptive Democratic presidential nominee, declared that the virus crisis is “a tremendous opportunity to restructure things to fit our vision.”

Democratic Senator Chuck Schumer delayed passage of the Republican stimulus bill in the Senate to give time for Pelosi to present her House version, which could alter elections for years to come. She introduced the 1,400-page Take Responsibility for Workers and Families Act, filled with pork including a multi-billion-dollar down payment on the Green New Deal.

Ironically, studies suggest that the oncoming warm weather may cause the coronavirus to subside, just as it has not spread so much in our warmer southern states or the southern hemisphere. Along with effective medical treatments, warmer weather could bring the crisis under control sooner, as President Trump predicts.

Anthony Fauci, a career bureaucrat who gushed in an email released by Wikileaks that a speech by Hillary Clinton once brought him to “tears” in support, misleadingly disparaged successful uses of the anti-malaria treatment as merely “anecdotal.” In fact, a French study supports use of that medication, and innovation with other safe medications should be encouraged.

Another leaked email reveals that Dr. Fauci was an enthusiastic admirer of Hillary Clinton in 2016, when she was running against Trump for president. It’s time to show Fauci the door and stop deferring to him.

Meanwhile, Democratic House Speaker Nancy Pelosi exploited the crisis with a bill to impose a nationwide mandate for 15 days of early voting, which favors Democratic ballot harvesting by a political machine.

In India, where U.S. drug makers have offshored much of their production, the government is arranging for its health care workers to receive the anti-malaria medication as a precaution. But in our country, pharmacy regulators in four states have mysteriously prohibited that salutary use.

Meanwhile, Pelosi’s bill seizes the crisis to try to tilt future elections in her favor by mandating early voting, mail-in voting, ballot harvesting (which is ballot collection by paid activists), online voter registration, and no-excuse absentee ballots in every state. President Trump is right to speak against Pelosi’s bill and call for a quick end to economic shutdowns by Democratic governors.

What You Need to Know is the Qatar-Europe NGO scandal continues! These global schemes with millions of dollars flowing through non-government … END_OF_DOCUMENT_TOKEN_TO_BE_REPLACED

What You Need to Know is Trump’s record is baked in. He’s already been torn apart every which way and his record stands with all the things you like … END_OF_DOCUMENT_TOKEN_TO_BE_REPLACED

What You Need to Know is a lesson on documents and double standards. Suddenly everyone has classified documents and everyone is spinning the stories … END_OF_DOCUMENT_TOKEN_TO_BE_REPLACED

Phyllis Schlafly Eagles · February 3 | "Woman" Is the Word of the Year The internet is a powerful tool that most of us use every day. … END_OF_DOCUMENT_TOKEN_TO_BE_REPLACED

What You Need to Know is Tucker is allowing the will of the people to be heard! When a huge block of Republicans and so-called conservatives are … END_OF_DOCUMENT_TOKEN_TO_BE_REPLACED