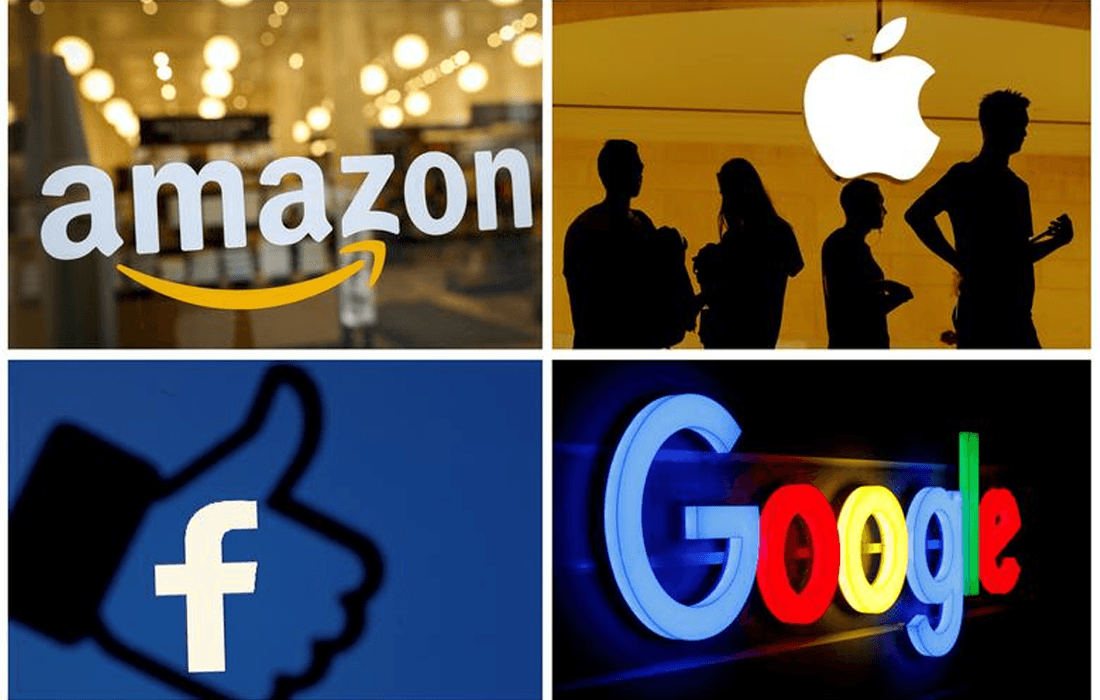 Monopoly is the popular board game where players win by monopolizing property and overcharging rivals who land there.  A monopoly in business has a similar effect by stamping out competition which would benefit consumers.

Google has more than 92% of the worldwide market for internet searches, far above what constitutes a monopoly.  Most people on the internet see only what Google puts before them.

Google’s monopoly power is greater than that of John D. Rockefeller’s oil trust of a century ago, and in some ways worse because of its control of information.  The landmark Sherman Act, passed by a Republican Congress in 1890, is the tool that authorized busting up the Rockefeller trust and modern ones like it.

If you’re wondering what happened to your daily newspaper or your access to online conservative videos and websites, the reason is Google and its Silicon Valley neighbor, Facebook.  Those two companies, which also own YouTube and Instagram, soak up advertiser dollars that once supported thousands of independent newspapers and magazines.

The 1911 breakup of John D. Rockefeller’s monopoly over the oil business boosted our economy, creating competition among over a dozen newly formed rivals.  Record-breaking prosperity then followed for our country in the Roaring Twenties.

The conservative approach is not to regulate corporations, but to break up monopolies and then get out of their way.  Let competition thrive and perform its magic, as it has in driving down airline ticket prices.

Fifty Attorneys General representing 48 states, the District of Columbia, and Puerto Rico have just launched an overdue, bipartisan probe into Google’s monopoly practices.  Google responded, “We have always worked constructively with regulators and we will continue to do so.”

But Google misses the point.  Attorneys General do not and should not be looking to regulate Google, but simply to end its monopoly.

When AT&T controlled 80 percent of local telephone service and nearly 100 percent of intercity communications, it was broken into 7 “Baby Bells,” each serving a different region of the country.

When AT&T controlled 80 percent of local telephone service and nearly 100 percent of intercity communications, it was broken into 7 “Baby Bells,” each serving a different region of the country.   The spin-offs added up to much more than the whole, and experts were astounded when the regional Baby Bells soon outperformed the original, national telephone company.

Verizon, for example, was one of the Baby Bells which excelled in the growing wireless market, doing better than its parent.  Hard work and innovation created rewards for managers and staff alike, which would never have happened if the old “Ma Bell” had not been dissolved.

Similarly, Google and Facebook could be broken into pieces by region or functionality.  A southern Google would add healthy competition to the California Google by not discriminating against conservative videos and websites.

James Damore, the talented engineer fired by Google for expressing his conservative views in a manifesto criticizing “Google’s Ideological Echo Chamber,” could then take his innovative ideas to a southern Google and look forward to competing against his former employer.

Or Google could be split based on functionality, allowing rivals to compete with it for mapping, consumer reviews, and other services.  Advertising dollars could then be spread around, rather than all flowing into a black hole in California.

Dismantling Google and other Big Tech behemoths would enable tech wages to start rising again, after decades of stagnation.  Silicon Valley companies had an improper secret agreement not to compete for high-tech talent, which has kept salaries lower than they would be in a competitive market.

Facebook should be dismantled too, after demonstrating that it will censor viewpoints to appease its liberal California base.  Last week eight states plus D.C. declared that they have launched an investigation into possible antitrust violations by Facebook.

Libertarian ideologues cringe at such investigations, arguing that antitrust law is an improper intrusion by government into the free market.  But competition is the oxygen for free enterprise, and prohibiting anti-competitive business practices which rob consumers of choices is as important as stopping burglary.

Notably absent from the nearly unanimous coalition of states and territories investigating Google is the attorney general of California, Xavier Becerra, who has brought over two dozen lawsuits against President Trump.  He should take note of how the tech industry has created a two-tier society of haves and have-nots in his state.

Monopolies like Google cause a vast disparity between the rich and the middle class, a gap which liberals like to criticize everywhere except in their own backyard.  Without the suffocating Big Tech monopolies, Texas and other red states have a growing middle class with affordable housing and schools.

Google and Facebook executives openly regretted how their platforms helped to elect Donald Trump in 2016, and they are determined to prevent that from happening again in 2020.  We wouldn’t let AT&T control who can use the telephone, and we can’t allow Google and Facebook to shut Trump supporters out of their networks.

What You Need To Know is we are in crazy times! The left is going crazy and big tech is on a censorship rampage. Do you think that people would be so … END_OF_DOCUMENT_TOKEN_TO_BE_REPLACED

November 17, 2020 We have been censored! Big Tech is on the march against free speech and Phyllis Schlafly Eagles is on their list of targets. Last … END_OF_DOCUMENT_TOKEN_TO_BE_REPLACED

What You Need To Know is we are in an information war. Mailchimp is openly blacklisting conserative groups — including our own Phyllis Schlafly … END_OF_DOCUMENT_TOKEN_TO_BE_REPLACED

What You Need to Know is the Constitution is our anchor! Here’s a reminder that 20 years ago around this time both Al Gore and George Bush both wanted to be president but neither one was yet. Here we are in 2020 and history is repeating itself. The fake news media has already been telling […]

What You Need to Know is don’t give up! Why is the Biden campaign and the fake news media pushing for Trump to concede? If they didn’t cheat what’s up with the pressure? The truth is, thousands of Michigan ballots were found falsified. We know there was voter fraud, we know there is something to […]

As our nation waits for Georgia to complete its second recount of ballots cast in the 2020 presidential election, it’s worth reviewing what previously happened in the same state where General William Tecumseh Sherman destructively marched to the sea after the 1864 presidential election. In the 2018 race for governor of Georgia, the Republican candidate, […]

Phyllis Schlafly Eagles · November 27 | The World Needs Black Friday On the day after Thanksgiving, most Americans can be divided into one of two … END_OF_DOCUMENT_TOKEN_TO_BE_REPLACED

What You Need To Know is what the Flynn case has revealed! Gen. Flynn’s case has been dragged out but it’s allowing things to be revealed that We the … END_OF_DOCUMENT_TOKEN_TO_BE_REPLACED

Phyllis Schlafly Eagles · November 25 | Be Thankful For Families Statistically speaking, today is the biggest travel day of the entire year in … END_OF_DOCUMENT_TOKEN_TO_BE_REPLACED