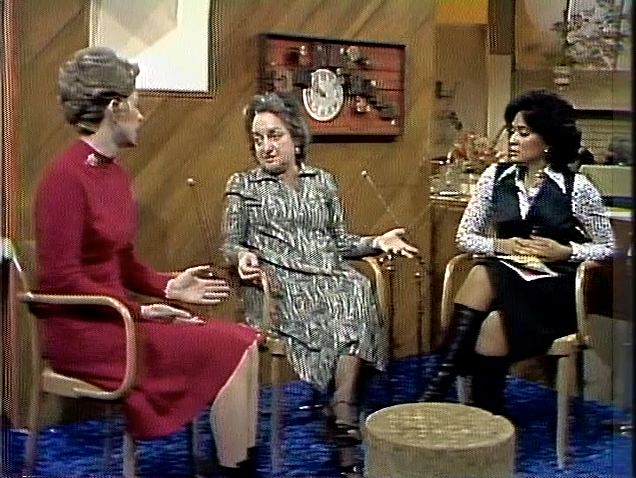 During a debate with Phyllis Schlafly on Good Morning America in 1976, Betty Friedan said “What I can’t stand is the hypocrisy of one who takes advantage of rights and opportunities and is enjoying equality and then uses the very advantages to argue against [equality.]” Friedan didn’t really find inconsistency in Phyllis’s logic. Phyllis Schlafly mobilized a national grassroots campaign against a constitutional amendment, but she didn’t do it on her own. She called on other women to join with her. Telling women not to just stay home is what made Phyllis so effective.

Of course, Phyllis didn’t forsake her family to lead this movement either. Many people forget that although Phyllis looked attractive, young, and vibrant during the ERA years, she was actually forty-seven years old when she launched the movement. Her six children ranged in age from seven to twenty-two years old. As her children were less at home and more away at college, Phyllis intentionally scheduled her ERA travels around visits to her children. Sometimes she would bring her children with her on her travels. Of course, Betty Friedan didn’t seem to care that Phyllis’s daughter Liza was in the room when she threatened to burn Phyllis at the stake, but let’s leave that for another day.

Another interesting tidbit from the life of Phyllis Schlafly is that she never took a paycheck for her lobbying work. It was all volunteering on the side as far as Phyllis was concerned, no different than another homemaker who volunteers at her church or at the local schools. Phyllis didn’t consider herself to be a career woman.

Phyllis Schlafly was no hypocrite. She reached her full potential and encouraged every woman to do the same. Phyllis acknowledged the important work being done by homemakers, but she reveled in the freedom every American woman had to embark on a career before, during, or after raising her children if she wanted to. With laws in all fifty states mandating that a husband support his wife, that wife had the comfort to take a job or take up any number of hobbies, like sports, reading, music, sewing, or launching a national political movement. Phyllis Schlafly believed strongly that to the determined American woman, anything is possible.

Phyllis Schlafly Eagles · February 3 | "Woman" Is the Word of the Year The internet is a powerful tool that most of us use every day. … END_OF_DOCUMENT_TOKEN_TO_BE_REPLACED

What You Need to Know is Tucker is allowing the will of the people to be heard! When a huge block of Republicans and so-called conservatives are … END_OF_DOCUMENT_TOKEN_TO_BE_REPLACED